Not worth buying a POP bracelet (15.90) on dollar nights and definitely not worth buying it for a kid thats 35 inches.. oh and on the big rides (hurricane) they hardly check height requirements or bracelets. I paid a POP for my short nephew and he was only able to get on 4 rides. They let some kid with a bottle get on the tilt a whirl so i figured Id get my niece (33 inches) and nephew (40 inches) on it. They both enjoyed and i have pics to prove.. Not worth paying for the bracelet. There was only one guy operating the ride and no one checking tickets or bracelets.. got my nephew on both rides and he was 40 inches but couldnt get my nephew that was 35 inches on the frog ride.. my 40 inch nephew got on the tilt a whirl, bumper cars, tilt a whirl and hurricane but couldnt get on the spin coaster? very inconsistent on their height policies.. also there was one handicapped kid getting on the train that had straps dangling on the floor and I had to yell at the attendant to pick them up so they wouldnt get caught on something.. The admission line is long so buy the $1 admission ticket and try your luck getting on rides. If they ask for a ticket, you can buy them inside, if not you scored. It was my first time since they moved locations and more than likely wont be going back. Work the system, dont let it work you..

I came from out of town. I used to work at Western Playland when I was younger. They were good when they were located by Ascarate, now all the reviews are correct, There is no shade, rides are a bit lame, and the employees seemed like they didnt want to be there. I never thought how sad its become. I went on Memorial Day 2015, proud service member. I did lose my phone while I was there and was not able to recover, the lack of shade made me get a bad sunburn. Fortunately, I paid admission only as we focused on bringing a kid and not for the adults. It seems that there are fewer rides then they were when in Ascarate, (And if it isnt the number of rides, maybe the fun was just not there and made it seem like it needs more rides) and it is not nearly as thrilling and exciting to go. Seemed like i was going to a picnic or to a normal park. Almost seemed like if you were to go to a city fair during day hours when people are first starting to walk into the fair... thats how empty and lame it seemed. The park is sadly dead. I hope the owner can do something to bring this park back to life. Like I mentioned, i used to work for this place. I would like to see it how it used to be when it was in Ascarate.

Fun for a few hours on a Saturday. It wasnt too crowded. My 5yo son is a little more than 42 inches and could ride the small coasters but couldnt ride the bigger ones. He had a good time on the rides he could ride. Some of the rides are showing their age but nothing felt unsafe. A decent value for the 20 ish dollar all you can ride bracelet. I liked that you could also pay a smaller admission fee and then pay per ride, which is good for parents who are just chaperoning the kids from ride to ride.

Hours of classic American amusement park and carnival fun for a realatively cheap price. Not a big amusement park, but a great one. As for the western aspect, I dont know if thats refering to the U.S.A. being in the west or if Texas used to be in the western U.S.A. Because theres almost no wild western themed stuff. Except the train, some of the buildings, the names of some of the rides, and the desert appearance. Thats cool though. Coz who doesnt like the new fronteir? I loved it.

This place is fun and adorable, like the amusement park in Monopoly Junior. My 2yo and 4yo had an amazing time because there were about a dozen rides for them- most places only have 2 or 3 rides for little ones, at best. My 4yo could ride even more rides with an adult. My 2yo was short enough to get in free but could still ride about 6 rides. I like that once they get a wristband, they can ride everything as much as they want. Practically no lines at all, friendly staff.

Any El Pasoan who hasnt gone to any "big" amusement parks (Disneyland, Six Flags, Universal Studios, etc) would most likely believe Western Playland is fun. As for me, I believe it is very boring. I personally believe some of the rides there are not very safe. Most of them only spin, or go in circles. There arent many rides, the bathroom stalls didnt even have toilet paper. The only good thing about this park is that you hardly wait in line.

We visited over spring break and our two kids (ages 4 and 6) had a great time. The park was very clean and the staff was very courteous. There were hardly any lines except on one ride and we waited no longer than 5 minutes for most of the rides. We probably rode 25 rides in about 5 hours or so which was a great deal for the very affordable prices. The rides are definitely older, but are still fun and run great!

This is one of the worst amusement parks I have ever gone to. Rides are literally fair rides, however the fair still beats this place. Ticket are not worth the boredom faced on these rides. Waste your money at your own expense. Still fathoms me how their are so many five star ratings; have El Pasoans never experienced a real roller-coaster before? If so you are all being deprived with this place.

Very sad place, as soon you walk-in it doesnt have the appearance of an amusement park anymore. It looks like a bazaar.....no shade. I believe the church bazaar looks nicer and funnier than Western Playland. In my opinion, Western Playland was better place, better look on Ascarate Park than the current location. At least on Ascarate was shade and surrounded by trees and ducks.

Aging local amusement park in El Paso is actually the ONLY amusement park in El Paso. Could use some more shade and misters throughout the park for those hot sunny days, I recommend going near dusk and wear lots of sunscreen. The price for all you can ride is a bargain but make sure you eat before unless you want to spend your money on over priced fair like cuisine

Just like everything in el paso and Sunland theres no sense of style. The park was just too simple. No music. The rides had no lighted signs to draw your attention. Ive seen mom pop carnivals with more ambiance than westernplayland. Trees didnt have cute lights at least. No strobe lights. The train sadly takes you around an empty land with weeds and dirt.

The rides are okay, theres plenty of food stands and restrooms. There is an entire section of rides for small children. The dollar nights are the best time to go. Group events can be reserved in a special area for cook outs and similar. Theres never really large lines and the prizes at the game booths are decent quality. The staff is very nice in general. 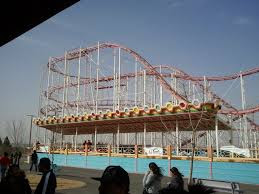 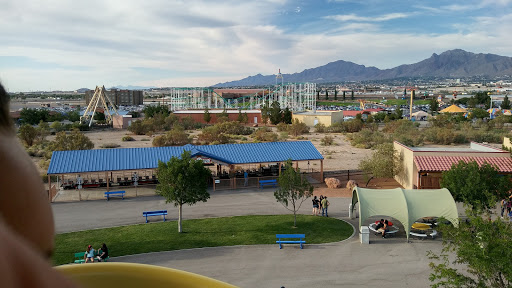 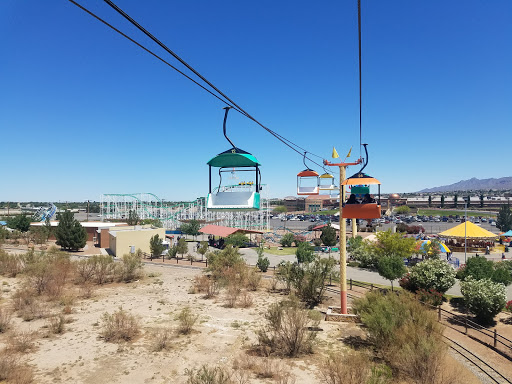 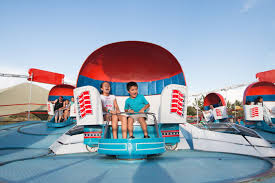 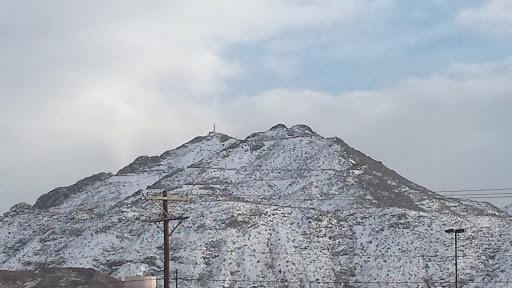 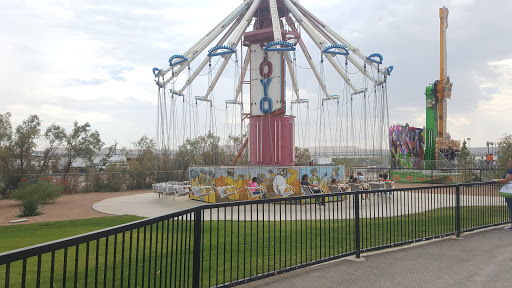 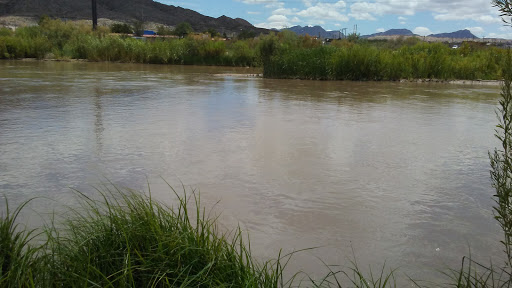 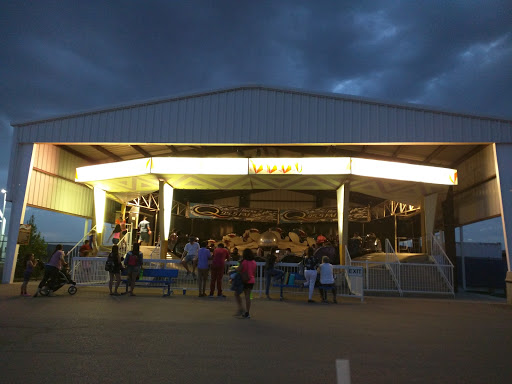 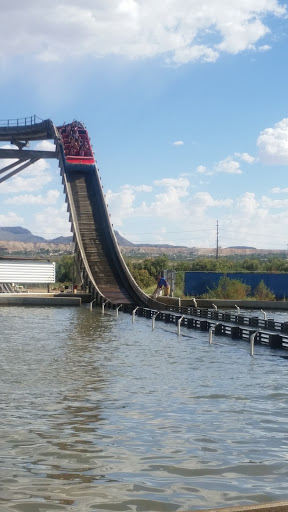 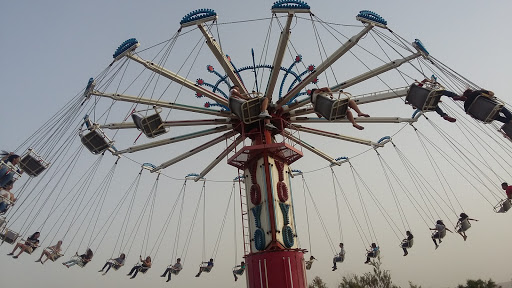 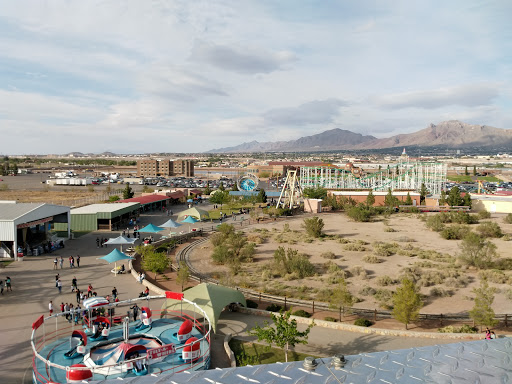 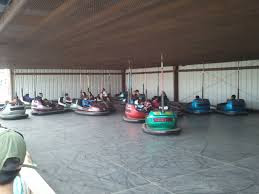 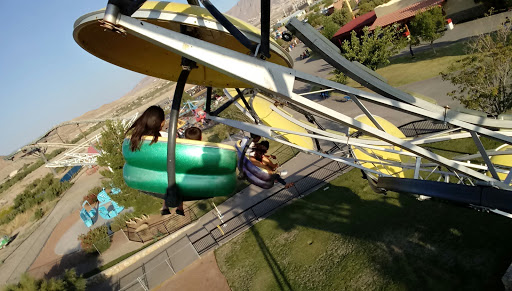 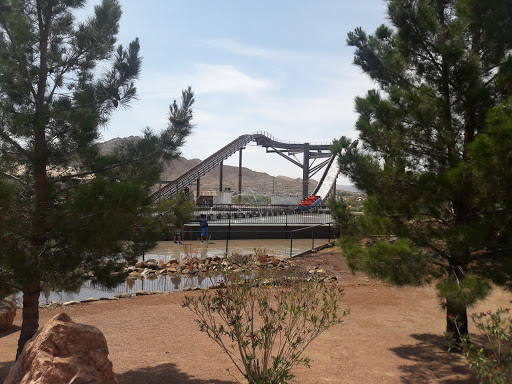 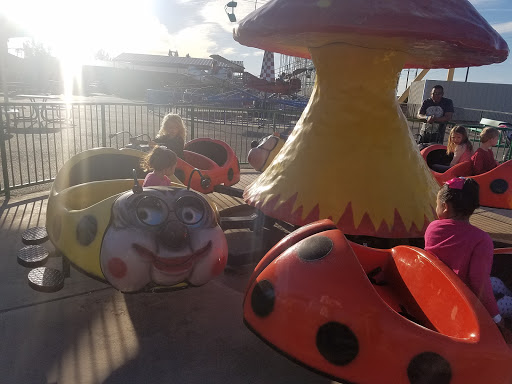 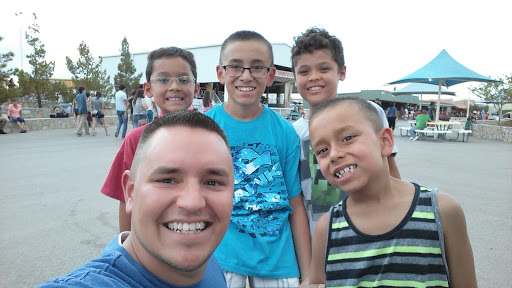 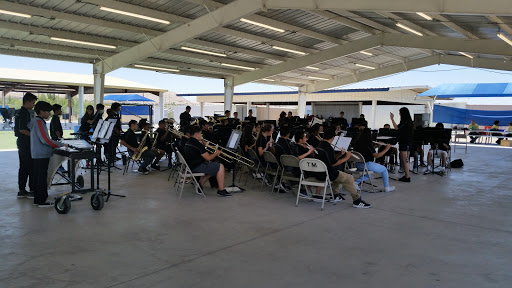