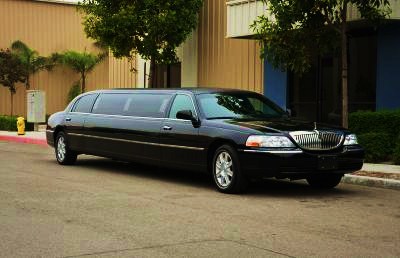 I have been unlucky enough to have stayed overnight in this facility, and cannot for the life of me understand how they have received any rating beyond a one. Gynecological procedures necessitated major surgery. I have no complaints about the doctors or OR nurses, but it appears that the floor staff and this hospital have some kind of prejudice against providing ALREADY PRESCRIBED pain medication if you come in with chronic conditions that are unrelated to your current procedure. Even though I suffer from TWO chronic conditions and take medications on a daily basis for them, the staff completely ignored this fact and left me 1) with totally inadequate pain medication (Read: NONE) and also the medicines that I take daily for my Reflex Sympathetic Dystrophy. After a total hysterectomy I lay for 4 hours in excruciating pain while the nursing staff claimed that they didnt have the dosage of my pain pills in their pharmacy. While common sense would dictate that two lesser dose tablets would equal the proper dose, even after consulting my surgeon, who gave instructions for me to get two pills at one time, I was finally given just one pill a total of two times during my entire post-surgical stay. The muscle relaxant and anti-migraine pills that I take on a daily basis were nowhere to be seen. The incompetence of this institution is appalling. Previously when I stayed overnight to receive an IV antibiotic, I was given one muscle relaxant pill (I take 2-3 daily) and nothing else. How this place passes accreditation is beyond me. Go somewhere, anywhere else. Especially if you take a narcotic for chronic pain control. You will be treated like a drug addict and allowed to lie in torture until you are released. UPDATE: A small piece of my husbands hearing aid broke off and got stuck in his ear canal. We went to the ER the next day as it was apparent that he was getting swelling and terrible pain when he pressed his ear. He was afraid the small piece would move even further so we went to Community before things got worse. (He usually is treated at the VA clinic but it was impossible to get in touch with anyone there). The wait wasnt bad but the ER physician who took care of him poked and prodded his inner ear so badly trying to get the piece out but gave up when his ear started to bleed. She sent him home with an antibiotic ear spray and told him to call an ENT doc. Flash forward 1 1/2 days later. The ENT doc looked in his ear and said that is was, in his words, "mascerated and scrapped" by whoever had tried to get at the piece in his ear. It was infected, with bloody scabs and swollen to the point where he wouldnt even try to remove the piece until he could get the swelling down with medication. The incompetence of Community doctors and others on staff is simply unbelievable. What should have been a simple removal of a foreign object may turn into something a lot worse because Communitys doctor tried to do something she was totally incapable of doing. DO NOT GO there. There is a reason why they have low grades all over the internet. They will be hearing from our attorney for the added damage, pain and suffering caused by her inept probing. This isnt a hospital, its a butcher shop.

ZERO STARS UNBELIEVABLE that this joke of a hospital is allowed to be accredited. The staff is OK at best. My primary care doesnt have "permissions here, So they assigned me to their 3rd party vendor. Ill bet their 3rd party vendor isnt in most Insurance networks, but that remains to be seen. I had to beg to be allowed to take a shower. I finally was allowed to shower, I turned on the water and you could actually see the dust bunnies an mold floating and circling the drain. I can only imagine if a culture swab was done on that shower what would come up. Then the real big issue. Patti a "nurse" in 4E. I had the displeasure of being assigned to her care. Care...thats a joke. On Saturday 10/29/16 my IV antibiotics ran out so the Infusion pump alarm stated beeping wildly, after about 25 minutes my husband left, he couldnt handle the shrill, screaming of the alarm so he went home. He drove all the way to the other end of town and called me. He was surprised to find the alarm was still screaming. Now Im done. I unscrewed the union on my IV port and put the pump in the hallway. I now got Pattis attention. She came by and took the pump out of the hall way and put it at the foot of my bed, alarm still going off. She told me "your arrogance got this back and when Im good and ready Ill shut it off". Then I responded with "Lard Ass you can take that thing and yourself out of my room" I again got out of bed and put it back in the hall. Then a very kind nurse (I did not catch her name) just her title Resource Nurse, turned off the pump alarms. A simple 2 second procedure. But Pattis spite work didnt end there. She reached out to my faux-primary-care physician and the Infectious Disease Doctor and told them I removed the entire IV from my arm. Totally untrue, a baldfaced LIE. The doctors changed from IV antibiotics to oral antibiotics. I immediately called the called the faux-primary explained to him Patti lied to him and that the IV was still in my arm and it was never removed and he ran to my room and found it to be undisturbed and he restarted the IV antibiotics. Now today 11/1/16 I had a visit with Casandra Glowski the Director of 4-E. She first stomped over to my room mate with her nasty attitude and she told her it wasnt her and to check with me. No apology to my room mate. She sat next to my bed showed no concern for my serious illness She was unconcerned that her nurse Patti ignoring the alarm, no concern for Pattis arrogant attitude or dereliction of her duties, but her went on belittling and scolding me like I was a 5 years old about calling Patti a "Lard Ass". I tried to explain over and over that Patti earned the "respect" I shown her. She just kept getting angrier and angrier that I refused to see it her way that I started crying and asked her to leave. She didnt leave, she just kept repeating herself and getting angrier that I didnt see things her way. I asked her again to leave. It took my husband I tell her to leave not once but twice to leave before she left. I was then discharged from this hell hole. AVOID THIS HORRIBLE HOSPITAL.

Went into ER for dislocated shoulder. Asked for pain meds. Nurse was snippy, seemed annoyed that I was bothering her at work, even though I was in extreme pain and talking very calmly. She seemed to return with a kinder attitude shortly afterwards. The pain meds wore off within 5 minutes. I asked to be sedated. PA insisted that I lie down on my stomach. I tried, but the pain was unbearable. I asked PA if they could sedate me first, and then move my body around. She said they dont sedate for dislocated shoulders unless its necessary. I explained that this was the 5th time my shoulder has been dislocated, and that is was never fixed without sedation. In fact, 3 doctors tried without, and all failed, and given the high amount of pain, Id rather not try that again. She screamed I was giving her attitude. I told her not to give me attitude. She called security. Security did nothing, because I was calm and could barely move due to my dislocated shoulder. She asked me again if I would try to lie on my stomach and fix my shoulder without sedation. I explained again that I tried this 3 times and its never worked. She said, thats my only option, and if it doesnt work we can try sedation. The doctor saw me screaming in pain as I turned on my stomach and didnt say a word. The doctor came with a security guard to try to relocate my shoulder without sedation. They held my arm down and pulled. I lasted about 5 seconds before I started screaming, "I give up. I cant do this. It wont work" I had to say it about 5 times before the pulling stopped. The doctor said, :How do you know it wont work." I explained about the 3 past attempts by different doctors in different hospitals. I remember the past doctors saying something like my muscles were too tense. He seemed surprised to hear this, even though the nurse told me she had asked him. As he walked out he claimed that I wouldnt let him do the procedure, which is untrue, because I was never given a choice. My shoulder eventually got in place after they sedated me. All in all, I spent 6 hours relocating my shoulder at the hospital. A new record. Im very surprised at the attitude and ego of hospital staff who are charged specifically with treating people in severe pain. My shoulder is also very stiff--far more than in past relocations--so I suspect they jammed it in improperly, but time will tell.