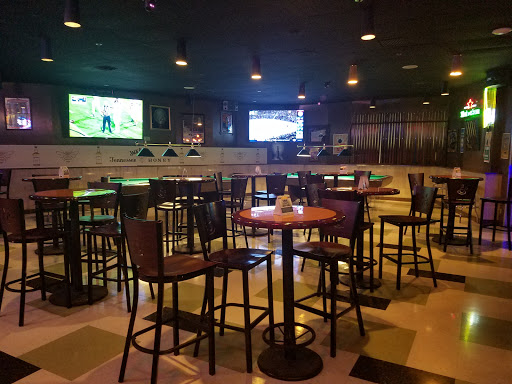 As this is my first review ever on google, Ill try to be very unemotional and factual. Hopefully you, the reader, can decide why a 1 star is deserved here. Called a day in ahead to let them know well have about 20-25 people coming Saturday evening around 7P for a bday party. Since they do not reserve lanes, they told us to come a bit in advance so we can set up our stuff around some empty lanes. We got there around 640P. They told us not to set anything up since they cant put us on any lanes until the entire party shows up. Fair enough. We started to place our stuff in a corner with lots of empty lanes. Note this was not near the lanes, but on the tables in the middle. Since there were 4 of us there, we decided to take one of these empty lanes and start bowling so we can start setting some stuff up and have at least one lane to ourselves. There are 40 lanes at this place and only 5-10 were occupied at this point with plenty of empty lanes. We decided to get lane 40 (at the end) since there was no one for about 10 lanes next to us. I hadnt even finished paying and getting shoes, the guy helping me (Javier) sent the next three parties to lanes 39. 38 and 37. I asked politely if he could move them to another lane and he very abruptly said "No". Since we knew we couldnt get lanes together I got a refund. And decided to wait for the rest of the party. Since I had about 5 minutes to write a review, I gave this place a 1 star. The rest of our party showed up. About 25 folks. We got 3 lanes and as we are about to bowl. The manager, a very angry looking Korean gentleman, came up to me with his phone and yelp app open to my face and asked if I had written a 1 star review for him. I said yes of course and that all of his staff had been rude and un accommodating. He started yelling at me and told me thats how he runs this business and they were merely following his orders. He constantly interrupted me and when I reminded him that Im trying to give him some feedback as a customer, he told me to leave. Thats right. Told me to leave. Leave since I gave him a 1 star review. Long story short I had to change the review (temporarily of course) to a 5 star for him to let us stay there. Since there were 25 of us and I didnt wanna be the cause of drama that make everyone leave. I changed the review to 5 stars. Now the only reason he wanted me to leave is because I gave him a 1 star and didnt wanna listen to my reasoning. And they only reason he let us stay is because I changed the yelp review to 5 star. How would you rate this place where you get asked to leave if you give them an honest review? And stay if you give him a good one despite of them telling you to leave. Not to mention I changed it only to change it right back minutes after we were done, so not a smart move after all. PS: if the biz owners/managers are reading this. We, 25 of us, still ending up staying, bowling, drinking and spending over 500 dollars so I think I have earned to voice my opinion.

My boyfriend and I found this seedy bowling alley a couple of nights ago. Although it was really unappealing in a sense where lots of homeless people and drug dealers are around this place, my boyfriend really wanted to check this place out. So, I agreed to go with him in the morning. We arrived at 9:55AM and waited outside while 3 people inside were cleaning up. No one came to the door telling us how much longer we would have to wait so I told my boyfriend I would I get us some smoothies. When I came back to the alley around 10:30, my boyfriend was still standing outside telling me nobody even came to acknowledge. How do you run a business letting a customer stand outside for half an hour and neither offer an apology nor acknowledge the customer. My bf has been planning a bowling league and I told him I would leave him if he does business with this place. TLDR: If you want any service, I would drive 5 mins to go to Lucky strike or Spare Room. If you dont mind being ignored, waiting outside with homeless people and drug dealers staring at you for 30 mins, feel free to visit this place.

1. One sentence review – old school bowling alley with a large variety of arcade games and good bar specials. 2. The lanes – it’s a pretty old house and looks pretty run down from the outside, but the lanes actually are kept in pretty decent condition. Its your typical old school bowling alley. 3. For league bowlers – the only time I’ve tried throwing my regular equipment on these lanes instead of a house ball it was late on a Saturday night/early Sunday morning, but the lanes still had a decent amount of oil on them. And no cosmic bowling at that time was a big plus too. 4. $4 Blue Label – and other really cheap drink specials at their bar 5. They have a huge assortment of arcade games and a separate area with pool tables – so there’s some things to do when you’re not bowling, and their selection of arcade games is way deeper than any other bowling alley I’ve been to in the area. Lots of old school fighter games, sports games, classic arcade games, and pinball.

Shatto 39 Lanes is a fun place for bowling, socializing, and playing games. The atmosphere is friendly (its a slightly shabby place, but in a pleasant, comfortable way.) t They play good a good variety of music, from classic rock to current pop. This bowling alley is good for both small and large groups, with or without children. There is a bar if you want drinks. If your group is large and one lane finishes their game before the other, you can check out their really cool pinball tables, play arcade games, air hockey, and pool. This is the place I go when I want to introduce friends to each other. Its a nice environment for getting to know someone.

Its a great place to go bowling late and they have there own parking structure. Its near a Dennys so you can go right after bowling. They sell beers which is awesome. Its like an arcade as well. There arent much machines, but there are a few cool ones. they also have pool tables and air hockey. They are open on new years eve, so if you have nothing to do you can always go there. They give out free party hats and whistles. Its a great place to go out with friends and/or family. I went here on a second date with my now husband and sisters. We had a great time and got to get to know more about him and it was entertaining. 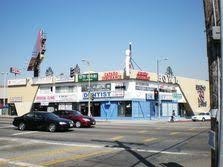 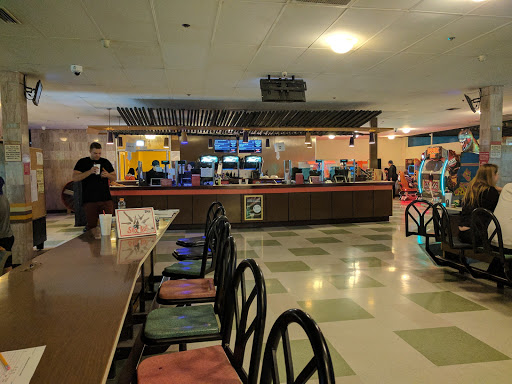 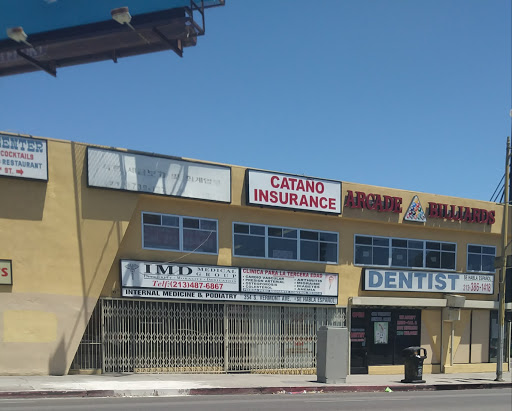 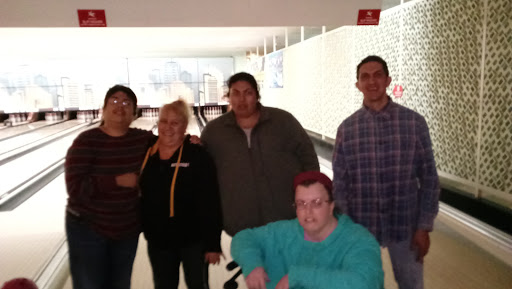 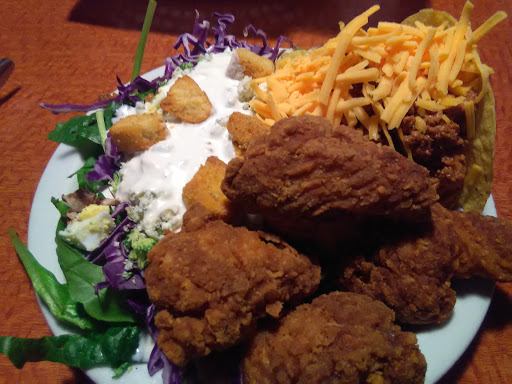 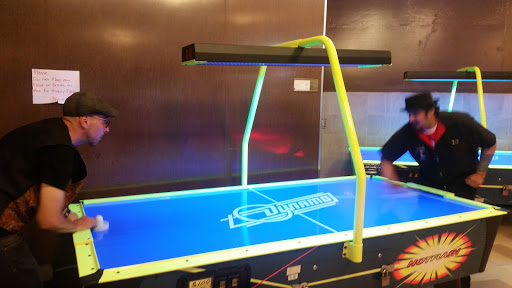 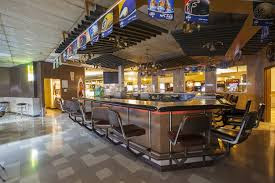 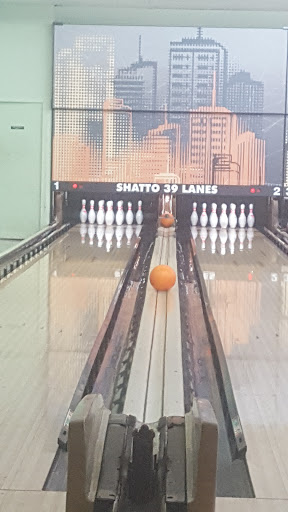 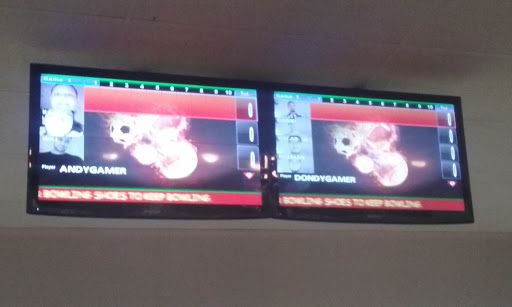 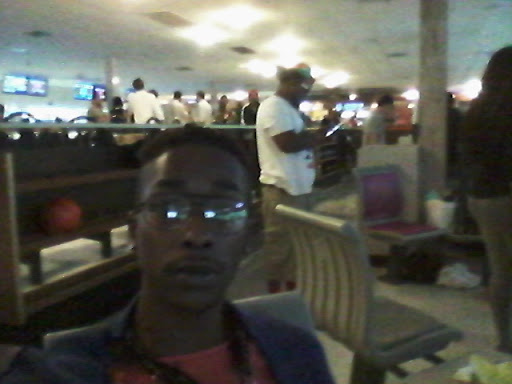 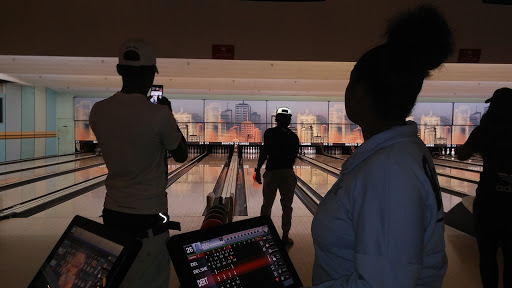 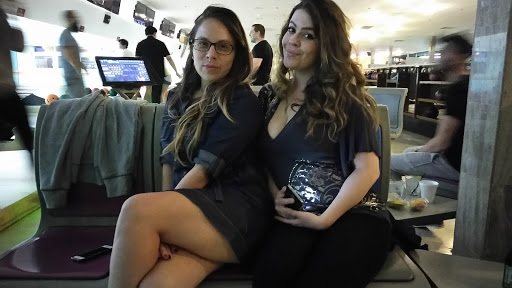 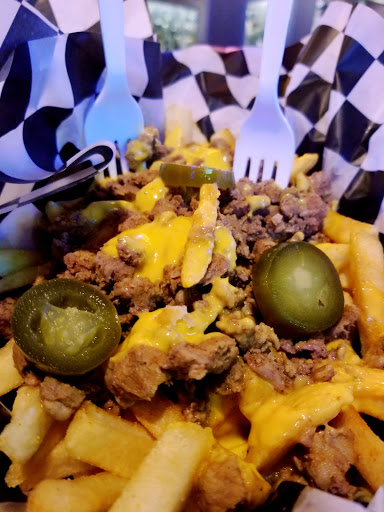 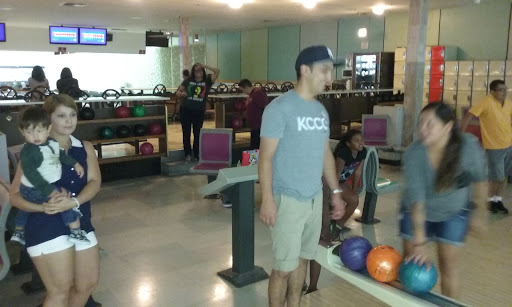