My children and I visited Plumpton Park Zoo recently, and I was very surprised at the conditions. The weather was lovely and not particularly hot, but the feeding times had not been arranged around the animals natural schedules, resulting in large scoops of untouched raw meat within some enclosures breeding swarms of flies and causing an unpleasant odor all throughout the zoo. Frequent areas/containers of stagnant water bred plenty of mosquitoes as well. The insects were a source of real annoyance everywhere we went. The animals living conditions ranged from "Yeah, that really looks like a lot of effort went into it - not," to "Oh come on, youve gotta be kidding!" The first one that gave me pause was the Arctic Fox cage, which was a dilapidated junk heap of scrap wood inside a small chain link area that wouldnt hold a king-sized mattress. Then the European Brown Bear cage just made me furious. Being small was the least of its problems; there were no flat surfaces large enough for the bears to lie down anywhere. The floor area not covered with large boulders to provide natural habitat simulation, was cluttered with large broken plastic tubs. It appeared these were the bears ONLY source of stimulation, and the cage reeked of rotting food. The additional grassy area to the side with a sort of concrete in-ground tub, apparently to provide water play, was closed off to them and the tub was bone dry. They did not appear to have any water anywhere that I could see. One of the bears paced fretfully up and down at a nervous speed. And then there was the blue macaw, in the reptile and bird house, that just made me cry. It was a place completely devoid of sunlight or any other natural light except what could get through the open door (not much), and the bird was sitting on the floor of its cage with its head under a branch, scarcely moving. It glanced at me when I spoke to it, and pushed its head further down into the corner. My son was convinced the conure in the other cage was sad because of the plaintive sounds it made, and my gut agreed, but since I dont know what a conure should sound like, I cant say with certainty. After all of that, it hardly seems worth mentioning the conditions provided for picnicking humans, but I was disgusted to find nothing at the "hand washing station" but a nasty bucket of greenish, slimy water. Had I seen it before we ordered our food we would not have eaten there. Upon returning home I googled reviews and discovered the zoo has been cited numerous times for a wide range of violations, yet they continue to operate. Very sad.

Cons: I expected a small zoo but what I didnt expect to see was sad depressed animals. Just about every animal was in a enclosure that is way to small. Like the 2 tigers in an enclosure that was smaller than my kitchen with no natural vegetation and stagnant water. The only animals that were active were the bears. Two were actually together in a muddy enclosure with old tires all around pacing back and forth. Alot of the animals were in solitude. Seeing group animals in an enclosure alone is heart breaking. There is only one bathroom. Not many places to stop and rest along the way i.e. benches and very few trash cans. When you leave they have an outside gift shop and Cafe which serves hot dogs, sweet sausage, nachos, soda and chips. The most painful part though is the gift shop and Cafe line are combined. Your going to be waiting in line for a long long time. Cute stuffed animals though at $17 a piece. Pros: $5 face paint. The children can feed some of the animals with pre bought feed at the entrance. $4 a cup. Trust me you will only need one cup. Most of the animals are tired of the feed. Although the donkeys were a big hit with my kids. Its small enough you can walk through in about 2 hours. Good zoo for younger children my 8 year old was bored. So all in all it is a decent little zoo for a quick walk through but if your expecting anything big youll be disappointed. I feel bad for the animals and donated at the bear and tiger enclosure that was asking for donations. I really hope to see an improvement of the animals conditions within a year. Also theres one giraffe in a open field with a sign for giraffe feeding and a building which I thought would be a look out point but it was closed. The kids were very disappointed they could only see the giraffe from afar.

I drove an hour yesterday to take my 8, 5, and 7 month old sons to the "zoo". I definately believe that this was not a zoo but more like a family farm with exotic animals. The alligator enclosure was way too small, so was the brown bears, the bobcat, and tigers. The animals just did not seem happy. We went into the room where the birds were kept, and all these of these birds could have been purchased from petco. They werent really zoo typed birds. I had a horrible time trying to stroll my infant baby in his stroller and ended up having to carry him and force my way through the gravel at the same time. The bathroom was so small, that when I had to do a diaper change, the diaper table literally blocked both stalls so everyone had to wait in line for me to finish. They supposedly had a gift shop that was nothing but a shelf with stuffed animals on it. My sons really wanted to feed the giraffe but no one informed me that the tickets needed to be purchased at admission. I wish I would have been offered while paying or the pricing to be located along with the admission pricing. This place is not for any child in a stroller or for anyone who is disabled. Coming to this "zoo" had me completely frustrated and irritated the entire trip. The Baltimore Zoo is way better and closer for us. I think the name of Plumpton Park Zoo should be changed. I think it is definately misleading. I hope a lot of changes are made here. This trip was not enjoyable for a growing family like mine.

Im a bit skeptical of some of the reviews that Im seeing here, and think most of them are from staff. This Zoo is not very well kept and animals enclosures are pretty small. The Brown Bear, Bengal Tiger, Bobcat, and Mtn Lion enclosures to be specific. Animals there are pretty much caged in a cramped chain link mud pit. The Bison, Camel, Giraffe, and Bull get a couple of acres to roam so its not like there isnt room there for better habitats. It is a really saddening sight to see. The reptile house was really lacking. Seen better displays in many pet stores, and better kept at that too. The park itself is a bit on the dumpy side, paths are muddy and really dont seem to be too adequate for the handicapped. Picnic area was just one giant mud pit which at one time was just covered in wood chips... now rotted. Tables were all filthy. The snack area was much the same. Only option for food was hot dogs and still had to wait 15 minutes to cook four of them. Overall I would say it is one Zoo I would never return to, and never recommend. It was a very depressing ride home from the visit after seeing how poorly the animals were taken care of and the overall state of the zoo. I didnt want to give them one star but it wouldnt let me post the review with no stars. 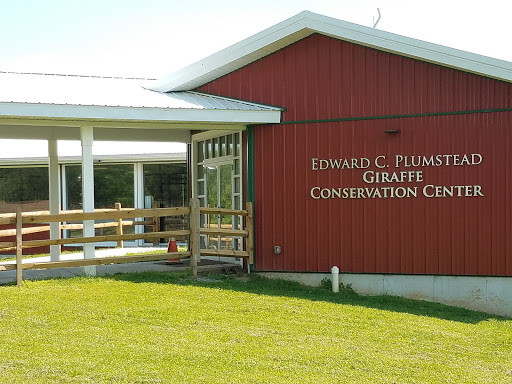 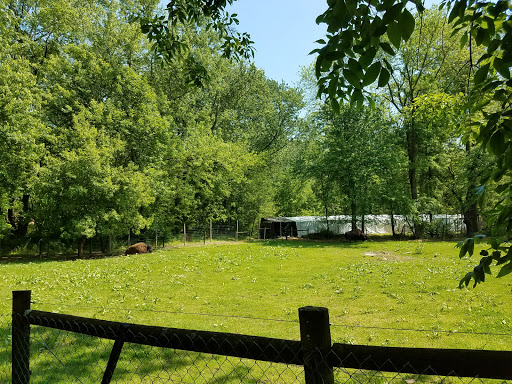 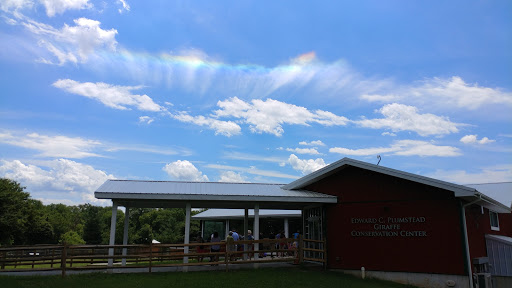 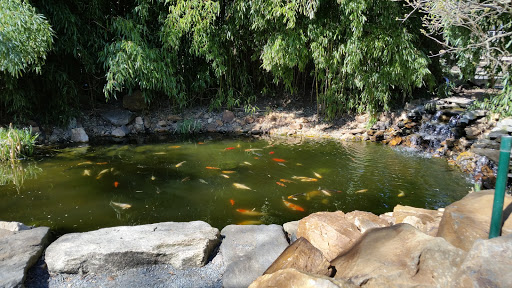 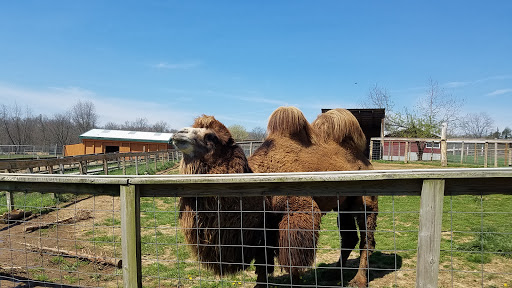 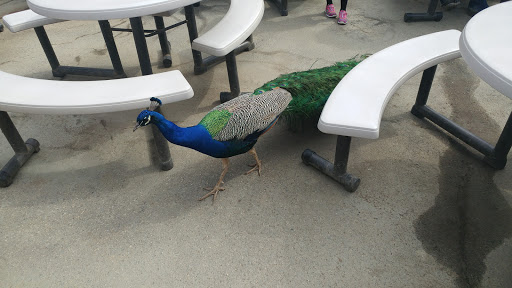 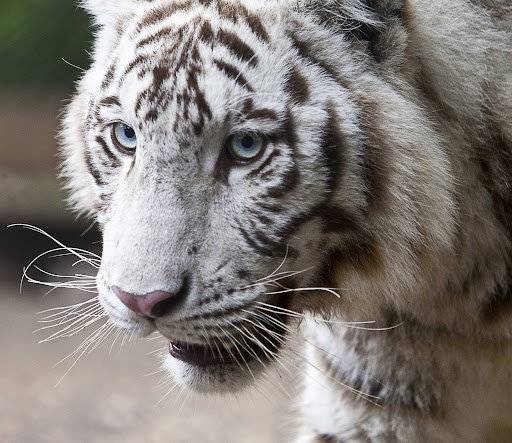 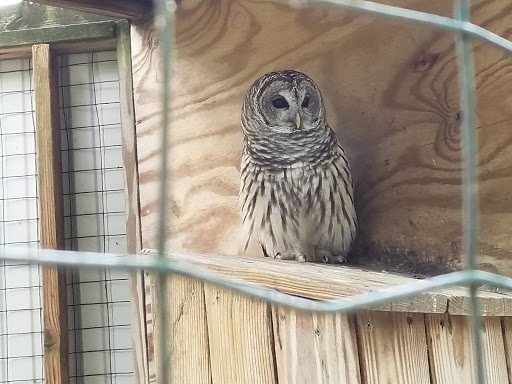 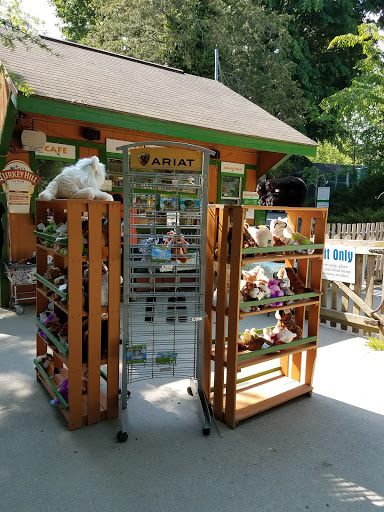 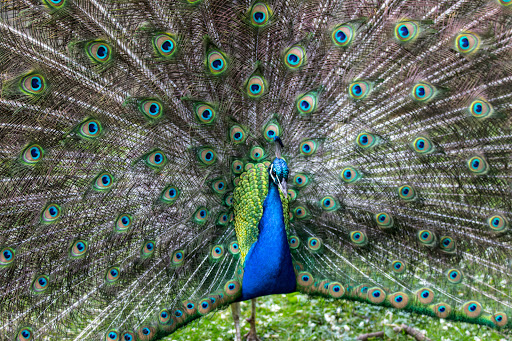 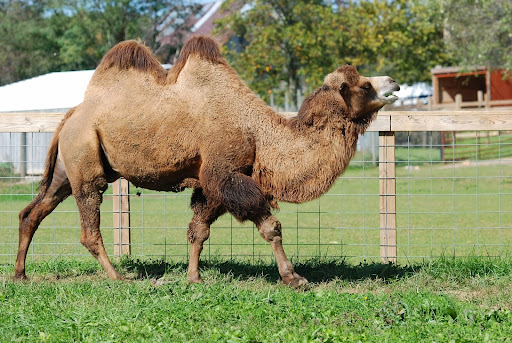 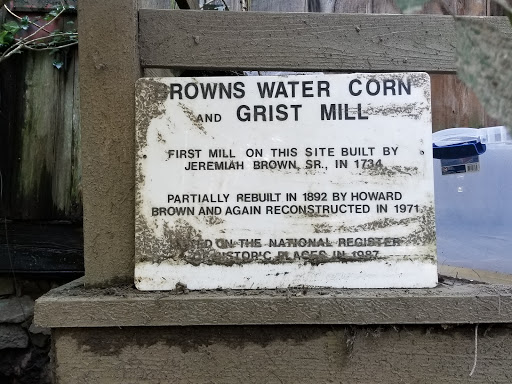 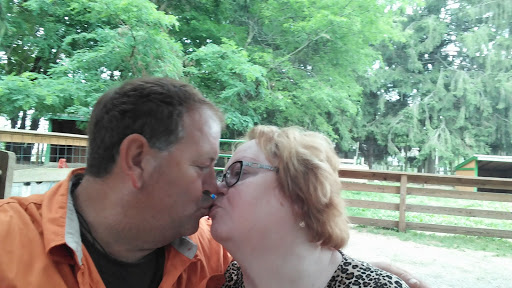 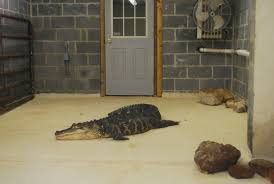 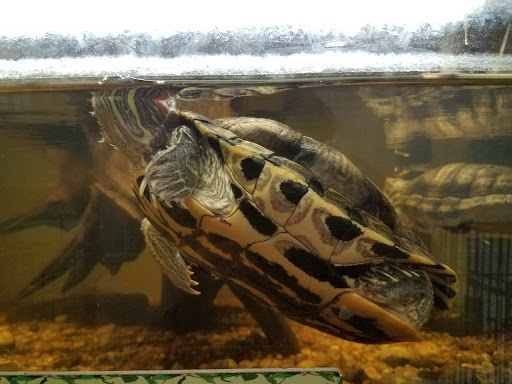 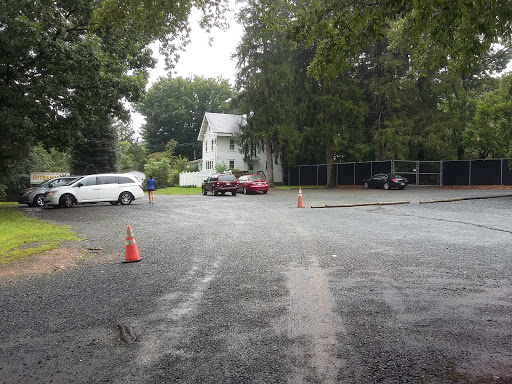 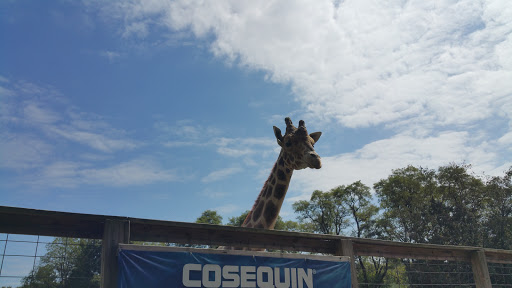 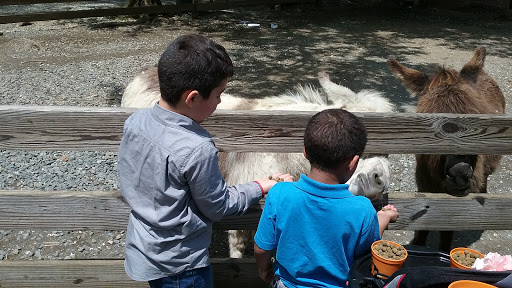