Food was great, the price was about the same as every other restaurant in the area.... my advice is to not go during Bike Week.... We just got back from Fl yesterday. When we tried to park in the lot, we were advised that it was for BIKES only. No cars were allowed in their lot. Keep in mind, this is at 3:30 on a Saturday afternoon, there were 15 bikes in the entire lot. Instead, we had to park across the street at a dentist office (where there were only about 5 or 6 parking spots available). I ended up parking our rental car in the grass, and prayed we would not be towed away. Hutchinson Blvd is 4 lanes of traffic, as well as a turning lane. So it was fun crossing the street with a child and group of people.... I can totally understand if the parking lot was full of bikes, but there wasnt. Or if they wanted us to park in the back....but i think its a little ridiculous to make us park across the street. The only reason we actually came in to eat is because my husband really wanted to try the place. The food was good, but it wasnt worth walking across a busy road for....

I attended The Backyard BBQ the other day and was pleasantly surprised. There was a delicious buffet of good ol down home BBQ cookin. BBQ chicken, pulled pork, corn, potato salad, sweet tea, macaroni and cheese, plus a few other things. They even had soft serve frozen yogurt for dessert. Also, theres a bar that you can order a refreshing beverage from if youre feeling up for one. Now having good food and drinks is one thing, but adding an amazing country duo in the mix to put on a show while you enjoy that food is another. Dallas and Aaron (DNA) were amazing. They have incredible vocal skills and great stage presence. I really liked how they worked with the guests. They didnt just stay on stage and sing. They came down and played amongst them. People were dancing and you could tell everyone was having a blast. It was a wonderful night out. I highly recommend checking out the show and enjoying the food. You wont regret it. Its perfect for all age groups. Even kids.

OMG this place was great. Wasnt sure what to expect, but decided to give it a try after reading reviews. The food was average priced for beach food, but it was AMAZING so I would have paid more. We had the Mexican Street Corn Nuggets for an appetizer and it was great! Two of us ordered the Fried Catfish and it was OUTSTANDING, I ordered the Fried Gulf Shrimp, and it was hands down the best Ive ever had. They were juicy and huge and the crust was so crunchy! 1 of our other friends got the Fried Chicken and she said it was phenomenal. Our waitress wasnt the greatest, kind of on the rude side, but we let it go when the food was so good. The atmosphere was awesome as well. The place was huge so we were seated immediately and all of our needs were met. Never had to ask for anything. We will definitely be back! We ate at a lot of the big restaurants while we were there, but the one we came home bragging about was definitely the Wicked Wheel! Thank you for GREAT food!!

Terrible place to eat. Its like some retard poser "bikers" wet dream. Built to take these pathetic dentists and doctors money. They trailer their BS bikes down in their HD ford trucks with HD apparel to get a buzz, drive laps around the beach, revving their 60 degree BS motors and hang out at the dealership that ripped them off. Like a stretched tattoo convention. Brainwashed to the nth degree. Anyways, back to this craphole. Ate lunch here one day, chicken tasted like paper. The server was rude, I guess because we werent interested in the beer specials she mentioned every time she saw us. Explained each time; no, gotta go back to work. NOT drive around helmetless, sorry, need our motor skills.. Way overpriced for what it is. Guess after beer and countless cigarettes, this "food" will fill you up, eventually.

This restaurant was recommended by several people we met while visiting Panama for its excellent catfish and proper Southern corn bread. It was excellent! A very relaxed atmosphere with great food and service. Miss.Tracy was our server for the evening and had a lot of fantastic recommendations of the best selections in the house. She was so warm and inviting. She made us feel right at home. She was wonderful! My husband chose their famous fried chicken and I had the catfish. We were both in heaven! It was delicious! Also, we Hoosiers do not have Yuengling beer in Indiana& we were both very pleased to see it on the menu. It was a great pairing with our meal. I would highly recommend the Wicked Wheel for your dinner tonight!

Had dinner all you can eat chicken...the bartender tree never asked us if wanted more...met owner and gave us free sample of catfish....awesome and chicken was awesome...well Im up here on work was was enjoying few dr8nks...I was not driving hotel down street.... had 2 captains and sprite and 3 shots Jim beam maple.....again not driving...I wanted another capt and sprite and told no....my Co workers and I just talking and all well offended since I was only one not driving got cut off.... we went loud just watching auto auction....I could have talked to Mgr but tree said was Mgr idea...so didnt cause scene and wrote here... good food...wanna get drink on....no.

Came to this place on Sunday to watch some games - the staff isnt able to alter the games on display at the bar. Even after asking one of the managers to change it, we were told that we have to move to a different area in the restaurant to see the game, (assuming they were even showing it). I came to watch the college football ranking selections show. We were the only ones at the bar....and guess what...it wasnt playing on any of their 20+ tvs. Come to this place if you want some good food. Go somewhere else if give a crap about actually watching a game. Id rather go to a chain like Beef OBradys - at least you can watch what you want.

Unfortunately, we waited until Thursday night to eat here! We ate out several nights prior to this and food was ok but more expensive. Next time we are in PCB we will be here every night because there is such a variety it took us 20 minutes to decide what we were going to chose to eat! There were 5 of us, we each chose something different and we all agreed it was the best meal we had eaten all week! Shout out to Kaitlyn-great job! Keep up the great work! Loved the gift shop - bought a few t-shirts, sunglasses, and souvenirs! Would love to have a Wicked Wheel in Knoxville TN!

Excellent restaurant. Terrible service. I love the decor and atmosphere of the Wicked Wheel. The burger and fries were top notch. The Anita root beer is very good. I wanted to give this rating 5 stars but my waitress was not that great. I almost had to flag her down for a refill on my drink. I hope they have some kind of team meeting and explain the importance of making sure drinks are filled. The restaurant wasnt even busy whatsoever. Nonetheless it wont stop me from coming back and I still highly recommend this place especially if youre into motorcycles! 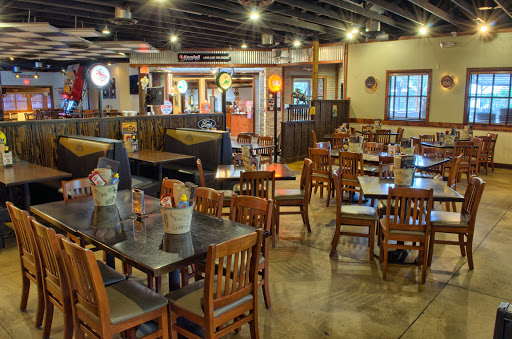 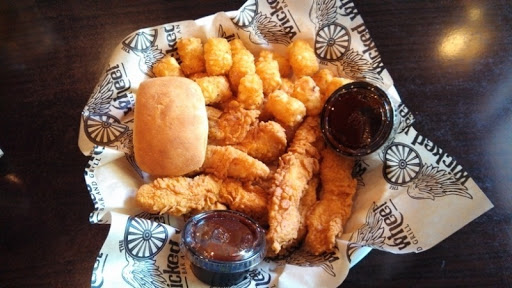 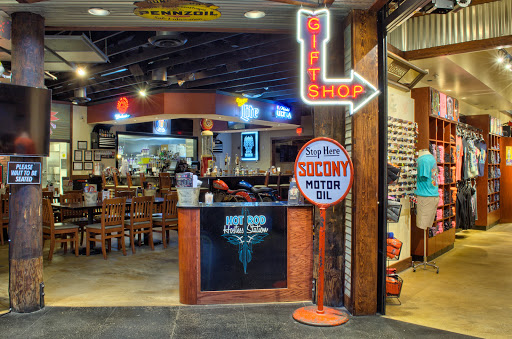 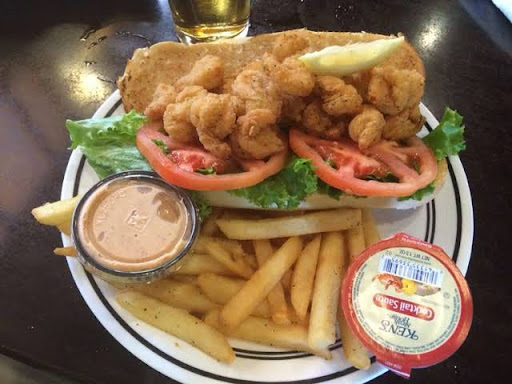 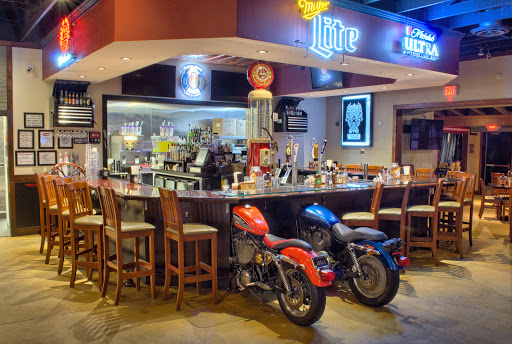 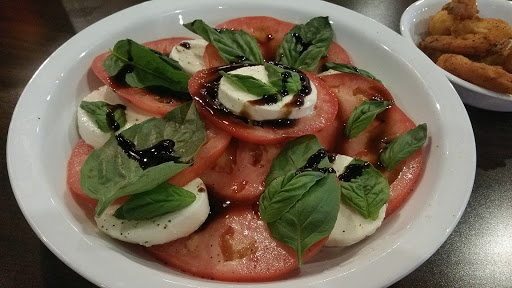 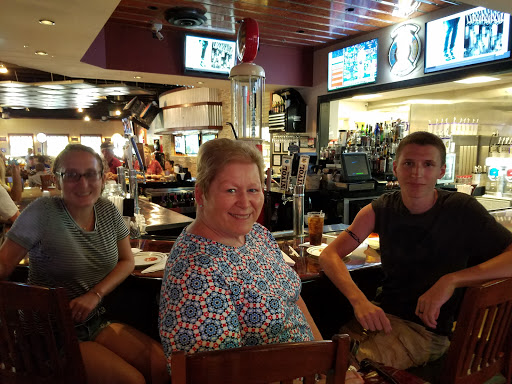 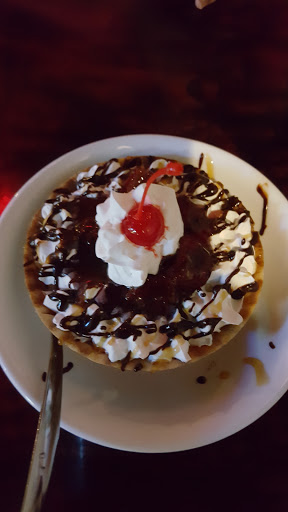 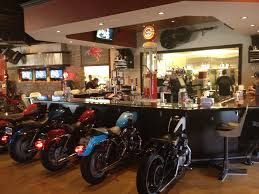 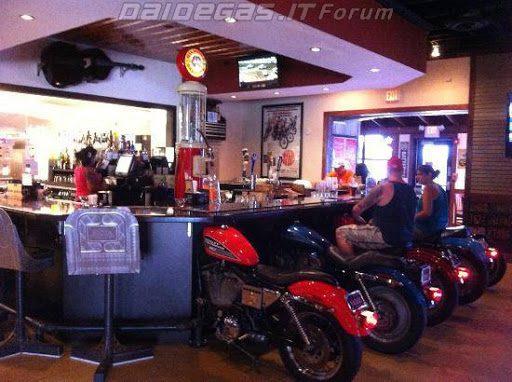 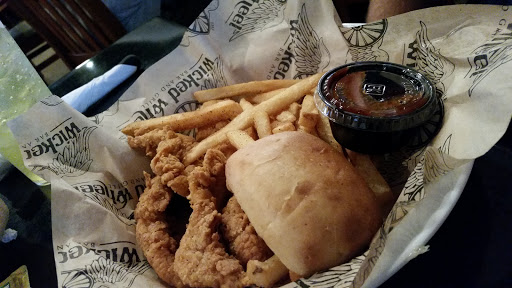 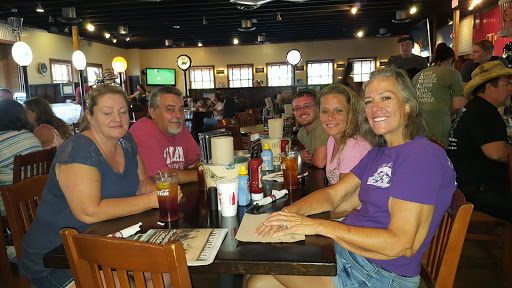 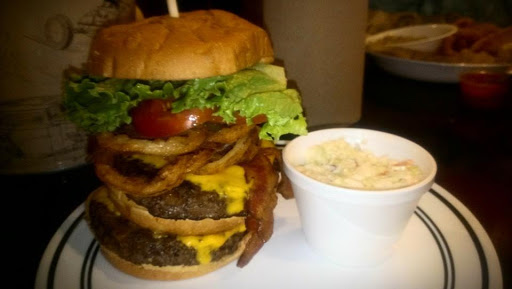 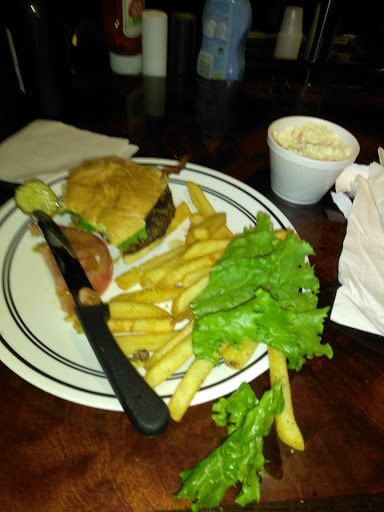 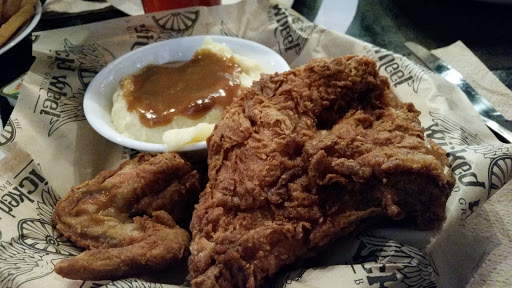 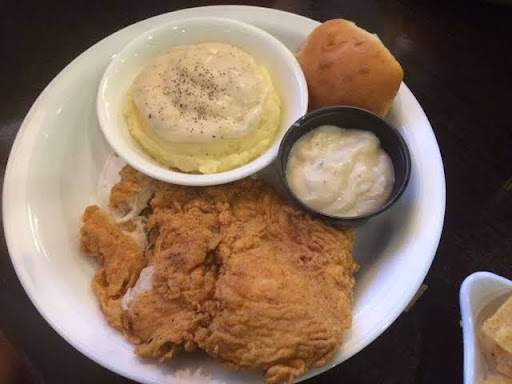 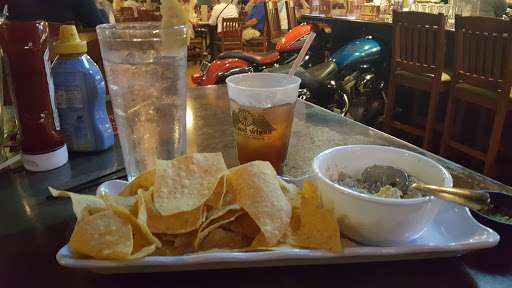 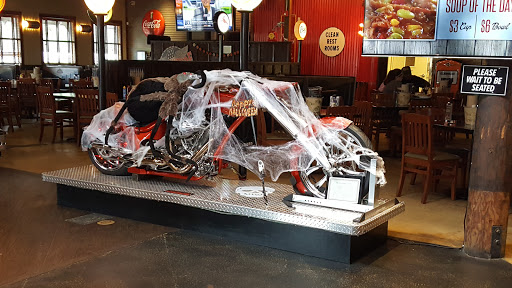