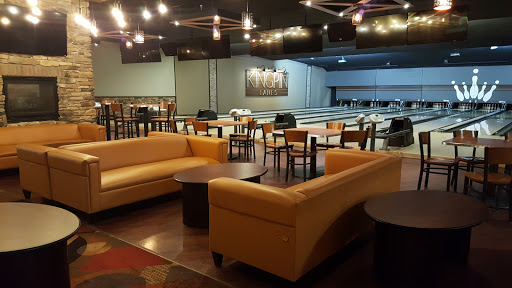 My girlfriend and I came here to bowl and we were presented with a bowling special of 2 games, bowling shoe rental and free "unlimited" soda for $9.95. It sounds like a great deal right? We thought so too. (Im thinking $9.95 + $3.00 bowling shoe rental for her, totaling $12.95) We then are presented with our bill for $19.90. Then we are informed that they had to charge us for two people. I thought they should have at least told us they were charging 2 specials on my card before swiping it through their machine. I felt conned for a little bit until I realized that I got 4 games of bowling and 2 sodas. As it turns out, the sodas do not have free refills as the man who sold us the deal mentioned previously. We decided to just have a good time bowling. After all, it was what we came there for. After two games, our screen goes black. I asked the man at the counter for the other two games and he informed me that its "2 games for you, 2 games for her." Therefore totaling 2 games altogether. I felt that this bowling alleys customer service is severely lacking a professional informative staff, leaving the customer feeling conned. I will never go here again and I advise anyone else the same.

Staff acts as if you are bothering them to simply pay for your bowling. We walked in, the only people at the counter, with 4 workers behind the counter. All 4 workers acted busy, as we waited about 5 minutes before someone rang us up for bowling. We asked for bumpers, and we were assigned a lane at the end of the alley. After getting to our lane, we had to turn around and ask that the bumpers be put up so we could bowl. Again, the workers at the desk acted as if we were a bother, and didnt even respond when I asked to have the bumpers put up. Overall the staff is not friendly. I will not be returning.

A fun time was had by all!! We had our son and daughter in laws rehearsal dinner in the beautiful,new banquet room at Freeway Lanes in Wickliffe. We had about 70 people attend. The accomodations were wonderful! The room was decorated fantastically and the food was tremendous! All I had to do was make decisions as to what type of silverware and plates I wanted! Nadine, the coordinator was simply a pleasure to work with. She was extremely professional and polite. After a wonderful dinner, our guests enjoyed two hours of bowling! What a great evening!

The best bowling place around, even better then the overhyped Wickliffe Lanes. They have VERY good deals for bowling and the food is pretty good. Though dont expect super affordable food. They always have a lane open and recently they added boccie courts and a rentable kids area for parties with kids things they can play on. Been bowling here a long time and love it. The lanes themselves are covered fully in oil, unlike Wickliffe Lanes which has weird patterns mainly for people who curve.

My family and I spent New Years Eve there and it was horrible. We prepaid and spent the entire night trying to get the food we ordered. Every time we went to the window they told us it wasnt ready, come to find out they kept giving our food away. Our lane kept turning off every few frames during the last hour. And they were late on the count down. They needed more staff and more organization with how the food would be handled. My kids enjoyed themselves but my husband was pissed!!

Ive bowled in a league here for the past couple years. They do a great job with all the statistics / tracking, have a great maintenance team, friendly staff that also bowls, and good ambiance. The drinks could be a pinch cheaper and the single games are a little high on the weekends - but I think thats to keep the riff raff out. I love this place. If youre a money conscious bowler go during one of their Special nights and save money.

Went there last night probably for the last time. When it was called Freeway Lanes, it was nothing to write home about but the prices were cool. Now that it has a new name, prices went up tremendously! 14.95 to bowl, 11.99 for 10 wings, 8.99 for nachos, $6 for a pitcher of soda and, 4.99 for a pretzel with cheese! The only reason I paid for the food was because it was late and there was no other restaurant close by and we were hungry.

Had an awesome time!! Even though it was pretty empty and they were closing at midnight, Derwin at the front counter let me and my husband bowl. We werent done until around 12:30 and he didnt rush us. He is really professional and has a great attitude for customer service. Will definitely come back to bowl again. Management, give Derwin his props. He represented Game of Wickliffe very well!

Looks like the place hasnt been cleaned in months. Only two billiard tables and one of them has a rip in the felt. Both of them are stained and extremely worn. The lighting for the billiard tables is almost non-existent. When you can actually find a staff member they act like they dont care, which they probably dont based on the overall cleanliness of the place.

Phone call... Me: Do you have open bowling tonight? Guy: ya Me: Do you bumpers? Guy: laughing Ya Me: ok thank you Guy: aaaight, hangup English is my preferred language. I felt like my call was answered by some guy picking up a home phone talking to his homie rushing him off the phone. Were calling another bowling alley.

I am a billiards league player and I think it is safe to say that Game Of Wickliffe is the worst place I have ever played at. They have a nice setup for the entire place but they do not take care of anything. Their house cues and cracked and bent the tables are not clean and it is just god awful. That place need alot of work.

Great music, food, & drinks! We were @ a 35th birthday celebration and the private area the host used was perfect. Private but not secluded. Nice lanes, very modern & posh. The staff member who hosted for us even spent the night being our personal dj. Great 90s hip hop & R&B all night which was our request.

The staff is not knowledgeable on the systems they have and are not accommodating when they cannot get something right. I tried adding money to a game card and their system couldnt do it. They told me that I had to take money out of the atm to get it done. Wouldnt give me the fee back... ugh

A huge bowling alley with more lanes than Ive ever seen in one place. They also have some bocce courts but Ive not played there. The lanes are in pretty good shape and the food is decent for a big bowling alley. They even have a tiny bit of a beer selection beyond the standard lagers.

As a league bowler, I find this to be the worst maintained lanes in the city. Very dirty house with the lanes poorly taken care of. Dont use a ball that you dont want to get chewed up. Management couldnt care less about treating their customers as anything other than income.

We have been coming to this facility for several years now. My son has had several birthday parties and the service is excellent. If there is any issues, they are taken care of promptly. We love coming to this place and it looks great since the remodel!! Love it!! 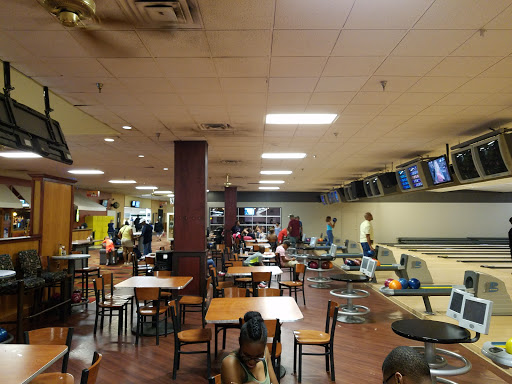 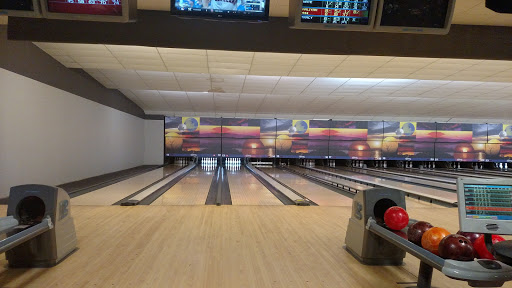 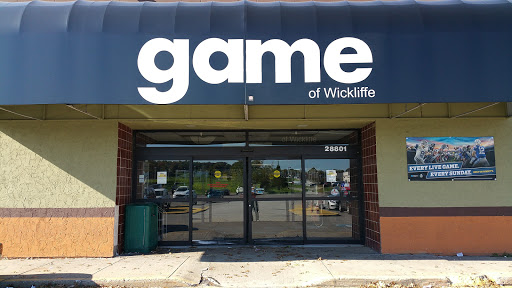 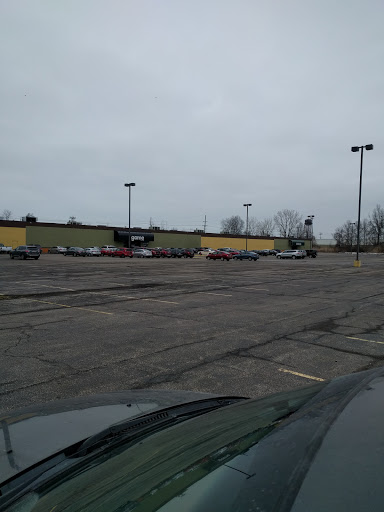 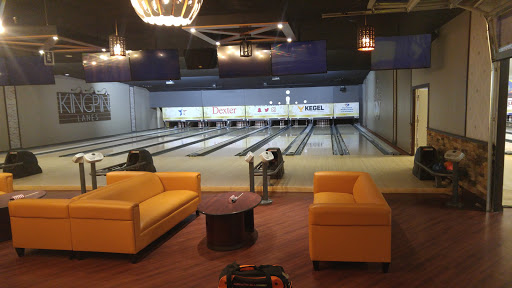 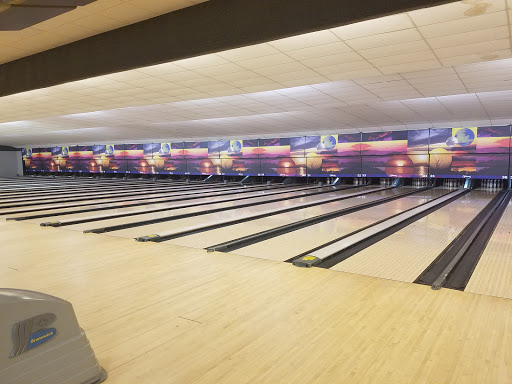 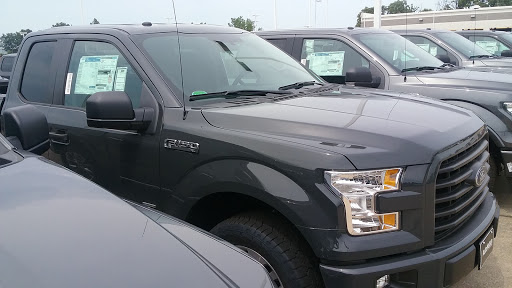 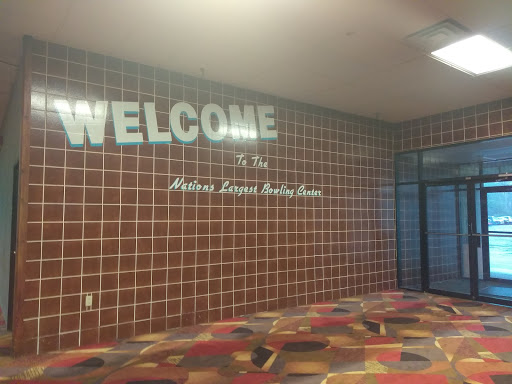 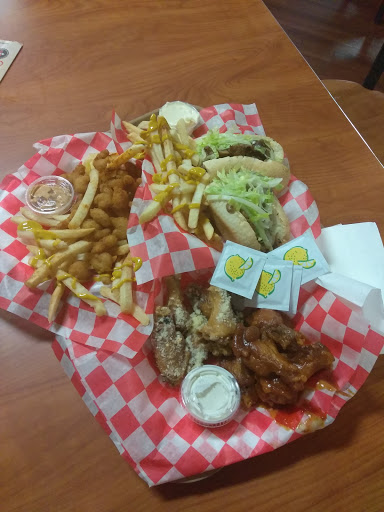 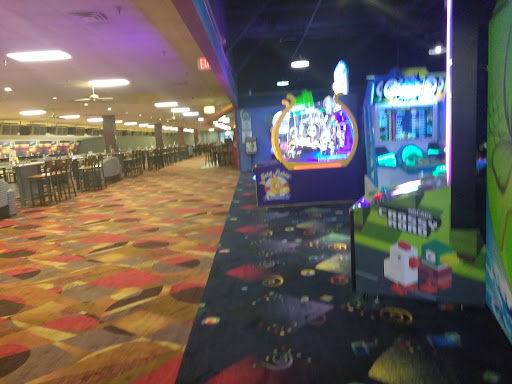 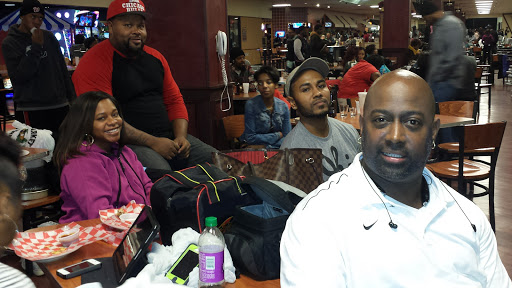 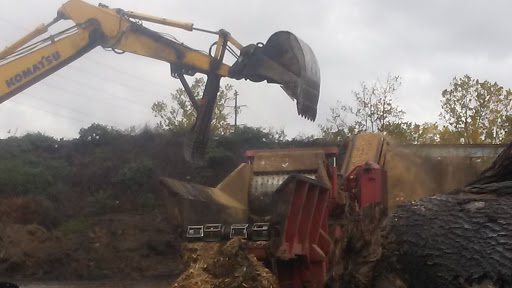 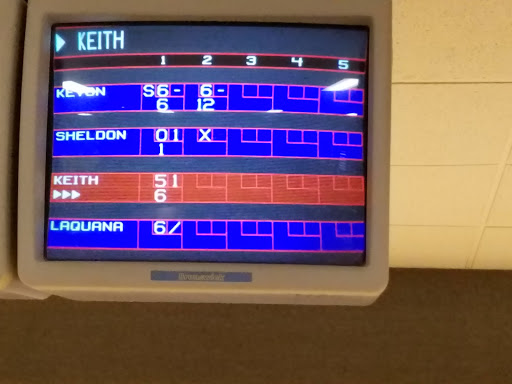 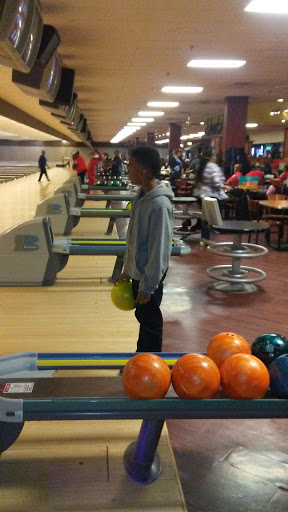 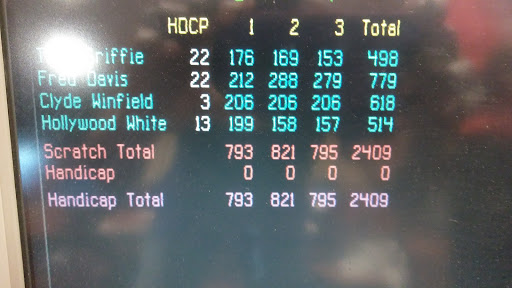 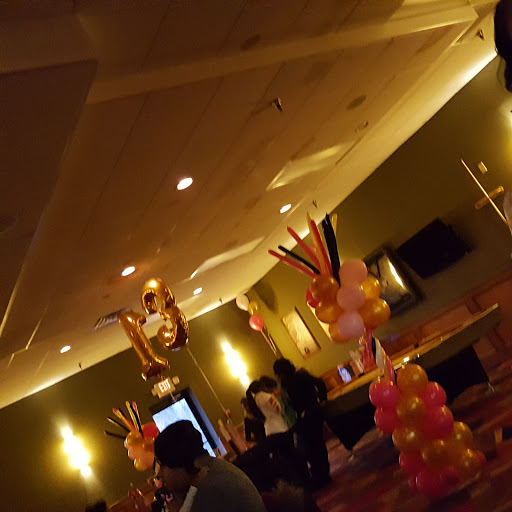 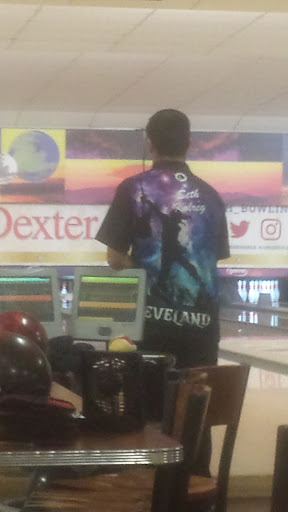 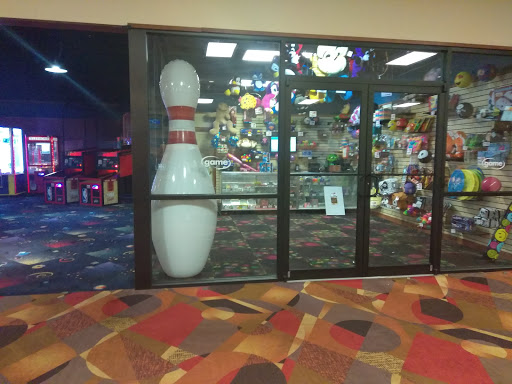 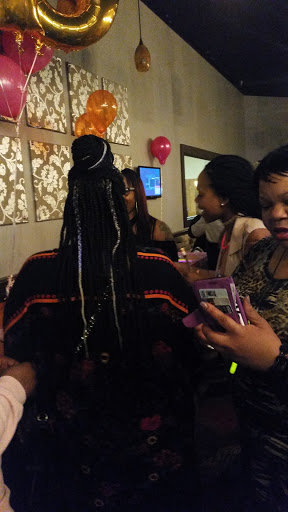 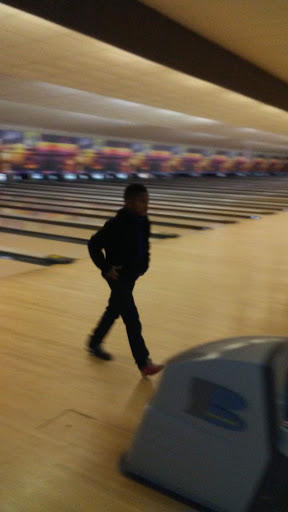 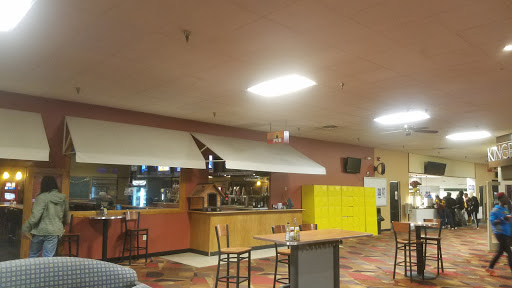 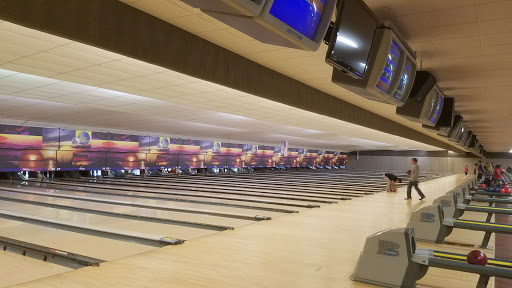