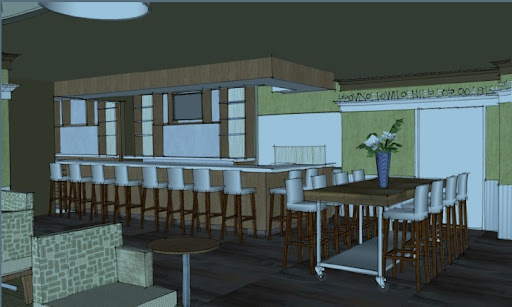 My wife and I had plans to get married in Provincetown this past July. We reached out to the Sage Inn (and several other Inns) prior to making our wedding plans. Cathy Nagorski, the General Manager at the Inn, was very prompt in her correspondence with us. We explained that our intentions were to get married on the beach at Herring Cove but if the weather was bad, we wanted the option to have the ceremony indoors. We did not want to spend a lot of money on a venue, as we were only having about 10 people attend our ceremony. Cathy explained that the inn had a small conference room that could be used in case the weather was bad. We made reservations to stay at the inn for the weekend that we were getting married, as we were very satisfied with the service that Cathy had given us thus far. We went to Provincetown in April and made arrangements with Cathy to see the conference space and the room that we would be staying in. We both had been to Provincetown many times before and had no idea where the Sage Inn was located. As we walked around P-town, we saw a sign for the Sage and were taken aback. The Inn was gorgeous and the bar that had been there previously (Vixen) was not! Cathy gave us a tour of the downstairs and we were shocked that such a space could be transformed into something beautiful and Cathy showed us where landmarks in Vixen used to be (such as the pool table). After we got over the initial shock of the transformation, we were brought to the conference space, which was a perfect size for what we needed. We explained to Cathy that we were aiming to get married on the beach but were happy to have an alternative in case the weather did not cooperate. Cathy explained to us that she would save the space (without a deposit, aside from the deposit that we had put on our room) as long as another group didnt come along that would essentially bring in more money. Cathy was very genuine and customer oriented. Our wedding weekend quickly approached and it was the best weekend that we could have asked for. The night before our wedding, our 10 guests were arriving in Provincetown, and all of them were staying at various places throughout the town. We explained to the restaurant staff that we had friends coming in at various times and that we were going to eat and wait for them to arrive. We were seated on the upstairs deck and it was perfect. It was relatively private and our waitress (her name has slipped my mind) was amazing. As the sun went down, the deck area got cold so we all moved inside to the conference room (which was vacant at the time). Our waitress moved indoors with us and seemed happy to do so. The following day was our wedding day but we werent getting married until sunset. We had to run around town getting our last minute things done (like picking up our bouquets). The inn was happy to give us vases so that our bouquets would stay as beautiful as when we picked them up. We also asked for an iron and shortly after we asked, we received an iron and ironing board in our room. We got dressed and were walking out of our room when another couple spotted us (we had never met them) and said "Looks like someone is getting married!" and we told them it was us, they wished us a big congratulations and said that we might see them on the beach later that night. As we walked down the stairs, our photographer was waiting for us. The Sage Inn staff were smiling and wishing us congratulations as well. The weather turned out to be perfect and we did not need the conference room space but having that option was a stress-reliever. We got married on a Friday and left on Sunday. We couldnt have asked for a better long weekend (Thursday-Sunday). The Inn was so accommodating to any and all needs that we had and everyone was so nice. Right after we left the Inn for the final time that weekend, we said that we hope to stay there again in the future.

Sage simply gets it right. Since the mid 1980s, Ptown has been one of my favorite places to escape to. Ive stayed in guest houses, motels, private home ... even rented a house with friends one crazy summer. Now in full disclosure, Sage is a client of mine (logo branding/website design) ... but that said, these folks have really captured all you want and need from a stay in Ptown. After working with Sage for more than a year I was long overdue for a site visit. My expectations were high to begin with ... and what I found was even better. From the rooms to the lobby to the restaurant and bar the place just feels good ... bright and sunny with lots of nooks to sit, read, hang out ... location on commercial street makes for a convenient home base ... but set back so you also feel protected from the noise and drama of commercial street. Rooms are super clean, well decorated and many with a view of the monument. Refreshing contrast to many of the older dingy .less than private feeling guest houses that you find in Ptown. Finally dont miss the restaurant/lounge. Small plates or tapas that were outstanding ... crab cakes and sweet potato fries were our favorites. No kidding - sweet potato fries - amazing. Sage staff and property gives you the feeling that you are staying with good friends. So yea, my opinion is biased ... but I really think Sage is something special and needed in Provincetown. Definitely recommended.

SAGE INN: The Sage Inn restaurant had the best food hands down of any place I ate in Ptown this year. I rarely ever eat fish, but their Halibut was my favorite. It was pan-seared and meaty, but still light enough, and served with an exceptional celery root purée. I stayed at the Sage Inn for three nights and enjoyed dinner there every night. I sat at the bar near the kitchen and watched things unfold. Greatly appreciated seeing the new executive chef and his team at work. The braised beef au poivre and the chicken dish are excellent as well. I want to give an extra shout-out to the bartender, Juan Carlos. He adds a classy and lively element to the bar. Hes there until October! After I checked out of the Sage and stayed with friends for a few more nights, I brought by a local friend for liquid cocktails and shrimp cocktail. Incredible. Try the espresso martini Juan Carlos makes.

The Sage Inn has a lot of positive things going for it. First, the location is right off commercial street which makes for a very convenient walk to anywhere. The rooms are clean and spacious. The bathroom has good water pressure for the shower, although the bathroom can be a bit bigger. I stayed in one of the suites which has a sitting area that practically doubles the size of the suite. I was initially worried about the speed of the Internet but I was pleasantly surprised that I was getting around 15 Mbps during speed testing. The staff was also very pleasant and accommodating. The bar food and the raw bar were excellent. Overall, with reasonable pricing, great food, great staff, good water pressure and fast internet speed, I highly recommend the Sage Inn. 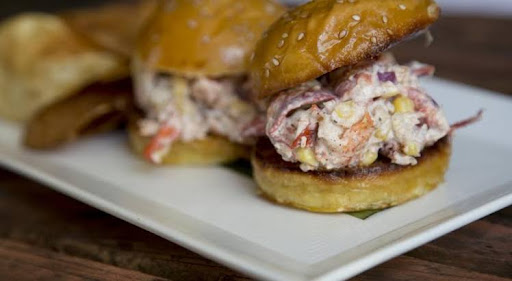 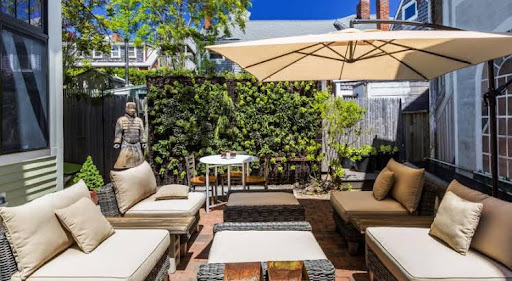 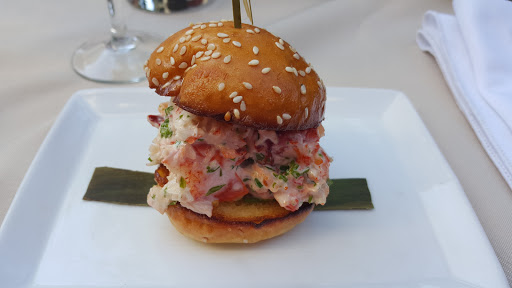 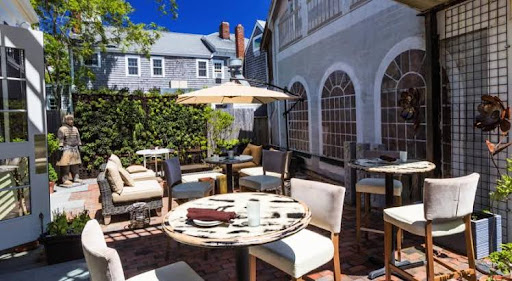 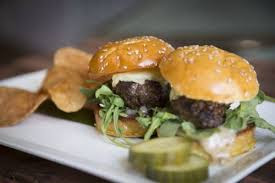 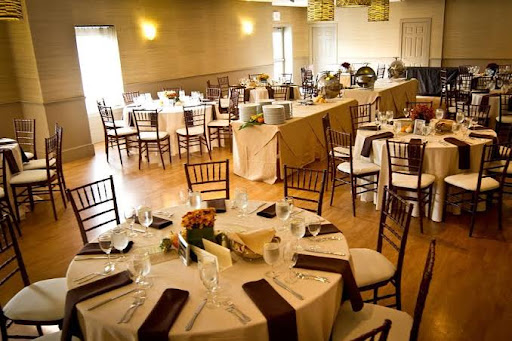 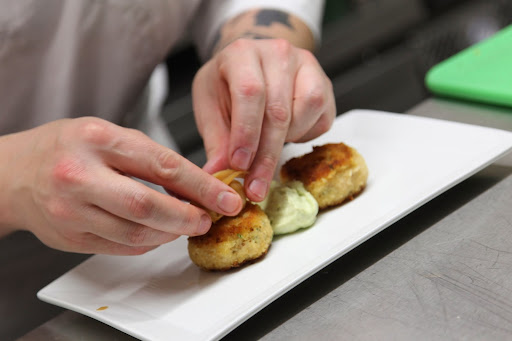 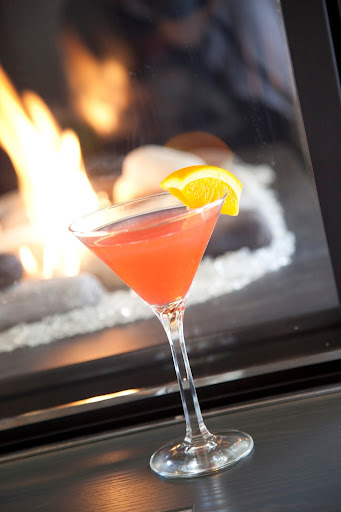 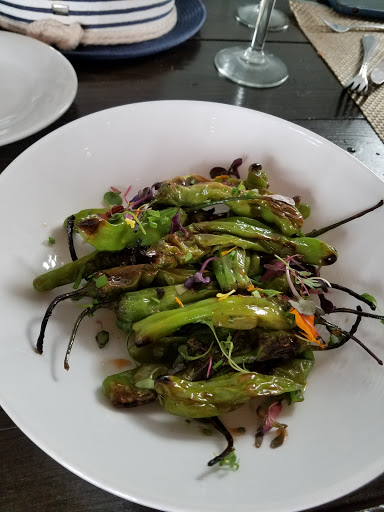 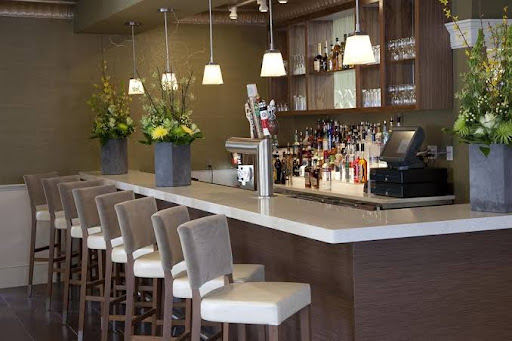 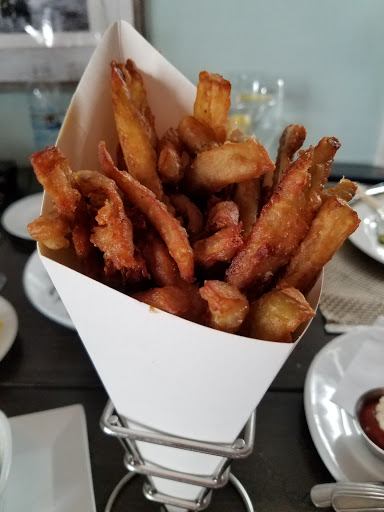 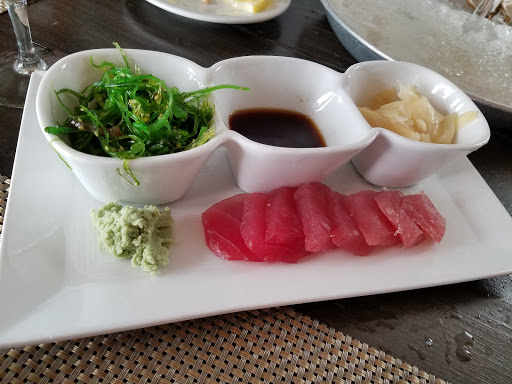 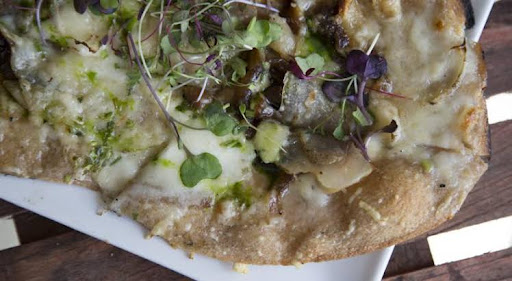 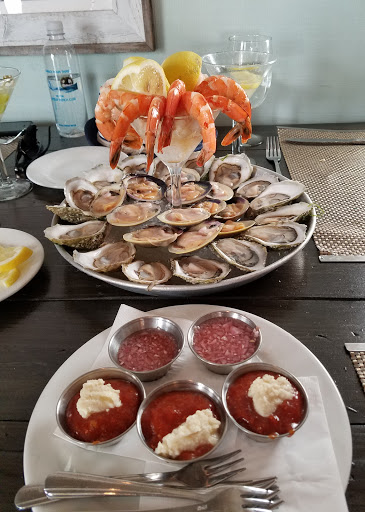 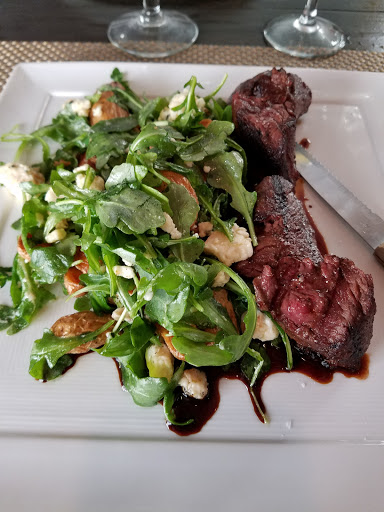 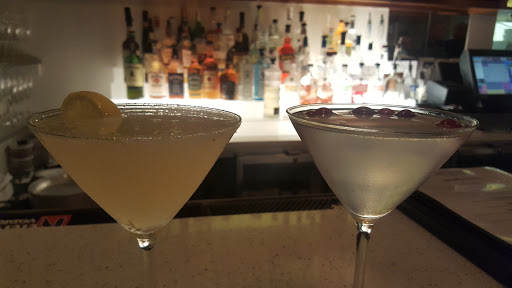