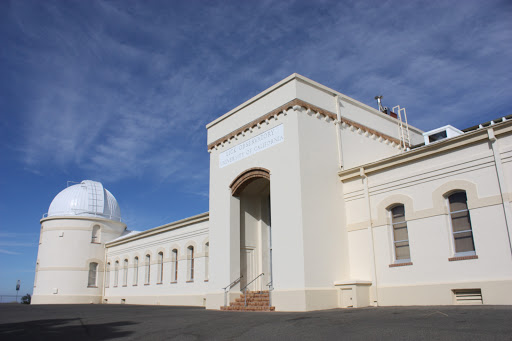 Quite possibly the most significant observatory that a commentator an ever add a good word in the form of a review. The reason I say this is because of the Lick Observatory namesake as it relates to what theologians and linguistic annalists alike refer to as the (VI) sixth station of the cross. Now Im not gonna get all holy on you but its true that the successive incidents of these sacred stations are actually an astronomical calculator, engravings on "Rock" a KEY word as our first Pope is of the namesake Peter and this name in Greek does mean rock. So just like the ancient Chinese used bamboo stalks to etch marks upon to tally math, the Stations of the Cross in your church are there to sew together a totem-ism of constellations. As you know to see is a multi purpose allegory or parable and lenses are the way both telescopes and microscopes see that which is distant as well as small. Sands polish and sand is also the essence of silica the new fibers that form the optic nerves that the eye of our enriched Earth has become. So think to yourself now that you have a rock tumbler that polishes characters as such to manifest a brilliant finish upon them. This is the notion to hone in on as it relates to the sixth station of the cross where Veronica wipes the true image of one who has taken the Licks and imprinted the translations live, exist, dwell, and inhabit upon the cloth that the political survey that Illinois is. These words in mirrored translation make up the face survey that Iowa is. The Greek language offers up additional words to color this notion. They are "λίθος stone, rock, jade, & coign." The lens is certainly working now so focus in and see that (VI) is certainly bright when the letter f the sixth letter is added to (VI+f) ones French - Bosnian Vid eyesight. And that (VI) are most certainly the central letters of λικνίζω or Rock. Hey the rock tumbler is finished... and heres the gem we made with our time together, ( 岩 ). "Whats that Veronica, the rock can even speak? What does Iwa >< Yán mean?"

One hour travel time. Over 4,000 feet in elevation (bring a coat), and amazing views. This is the oldest permanently occupied observatory in the world, which also happens to have its founder buried beneath the Great Lick 36in refractor telescope. Built by James Lick in 1888 for $700,000 atop Mt. Hamilton, this observatory was a pioneer in the science of astronomy, and is now run by the University of California. They placed this telescope on a mountain, instead of in a city, with the idea that there would be less atmospheric interference, and they were right! Just like that, modern astronomical observation was invented. The drive up is truly enjoyable, and once there the view is so engaging that you will stare out at the hills and the cities below. There is no food or gas up there. They have a gift shop, coffee and some snack machines. They are open 12 to 5PM, so no need to rush up. The road is narrow and twisty. Watch out for cars in the other direction as well as all the bicyclist going up and down. Its quiet up there, except when some idiot drives their loud motorcycle up. Otherwise you can hear birds and the wind. There are tables between buildings where you can have lunch away from the wind. There are water fountains and restrooms. They show the Great Refractor on the half hour. You can also walk over to another telescope and look through the window at that one. The drive isnt too long, so spend some time taking pictures and staring at the beauty. It is so close to San Jose, and like James Lick, I can see the observatory from my home. Extremely recommended!

Returned from a second trip to Lick Observatory up Mt.Hamilton. This place to me is a small treasure that not many have ventured out to see. It might not have the energy and excitement of Disneyland or a concert but it makes up for it with its magical sense of wonder. If you are not into small museums you probably wont like this place. If you dont like amazing views of mountain tops and nearby cities, you wont like this place. If you have no excitement for exploration, astrology and space in general, you wont like this place. But if you are like me and absolutely enjoy learning about the history of such a wonderful place, the many men and women behind it, the amazing astrological discoveries, the amazing view you get from the top of Mt.Hamilton and getting a chance to see two amazing and huge real life telescopes then treat yourself to a drive up the mountain. I recommend you try and plan your trip so that you arrive around 4pm, or roughly an hour before closing time which is typically around 5pm. In a about hour you should have plenty of time to look around, see both telescopes, walk through the gift shop, and enjoy a stunning sunset before descending back down the mountain.

Amazing views from the area, and plenty of place to walk around. We enjoyed the main building, and the short walk to the 120-inch Shane building. The tour of the 36-inch Great Lick Refractor was fantastic, and the guide, Keith was great. We spent more than 4 hours in total at the observatory, and it seemed short. Nice gift shop with astronomy themed gifts and shirts. And they sell coffee! We brought our lunch and ate behind the observatory in the garden. Dont forget to try the water from the drinking fountain... its fresh from the spring up there, and ice cold. People were filling their bottles with it. Yes, the road there is crazy; winding all over the place and tight curves, steep slopes... but just go slow at your own pace... its worth it to visit such a wonderful place. If someone is driving close behind you , there are places you can pull over so they can pass... no problem. Just look out for the bikes, and give them plenty of room.

As a teenager my parents took a wrong turn on vacation and we saw a sign for the Lick Observatory. Armed with a strong sense of adventure our family decided to find out what the observatory was about and ended up creating one of our best memories. Ill warn you that you need a strong stomach and good driver to make it up the hair-pin turn packed road to Lick. If you arent the one driving the scenery is amazing. When you get there youll awaken the inner science geek as you learn about how Lick spent his fortune building the most modern observatory of the time. His story is an American legacy that should inspire and awe anyone. Ill always cherish being able to bring my daughter to the observatory at the same age I was when I first visited. One of my next goals is to visit the observatory at night when you can actually see through the telescope. I think Ill need to hire a better driver for that road.

Theres not too much to do up here, and the windy drive up to the observatory is long, but the view from up here is pretty nice. The observatory is small and there are actually two sections you can explore. Both are a short walk from each other. While youre at the observatory at the top of the hill, they do presentations on the telescope every so often. So you can look out for that. Its a the end of the hallway. Turn right as you walk in. There is plenty of parking up here, and theres cute things you can get in the gift store. BTW, come here in the afternoon, they are not open at night :) Unless youre a VIP member or something like that and theyre holding an event for their members. Want to attend an evening event to look through the telescopes? Tickets are available to the public, no membership required. 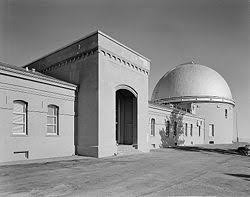 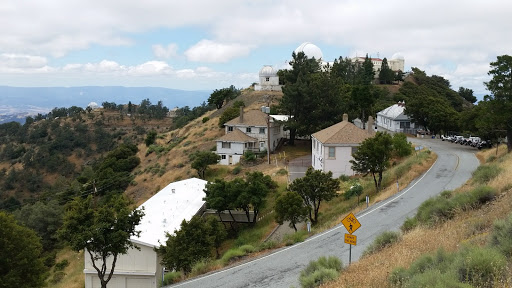 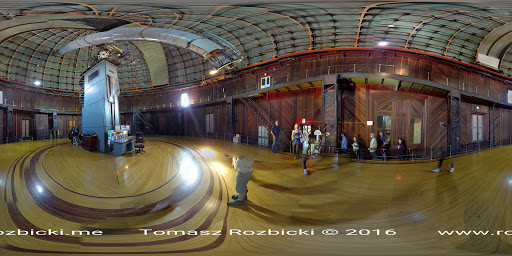 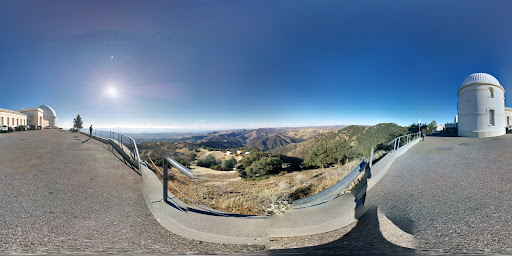 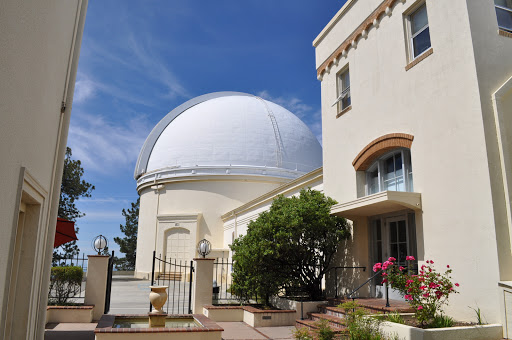 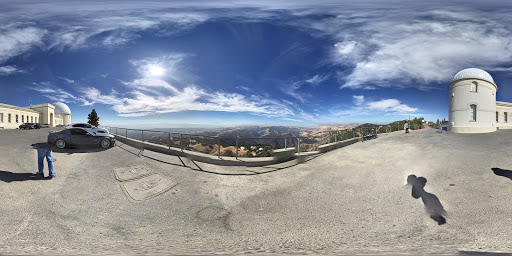 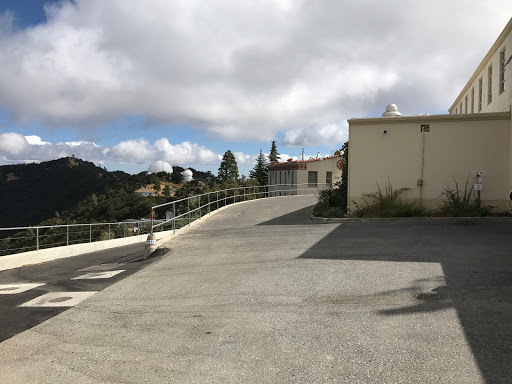 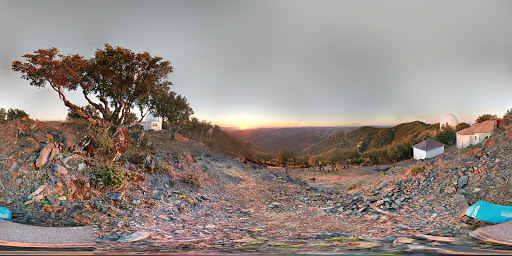 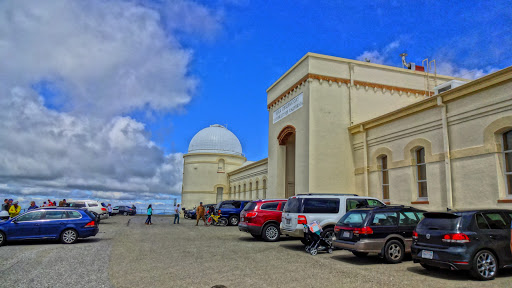 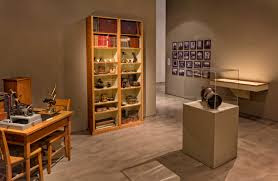 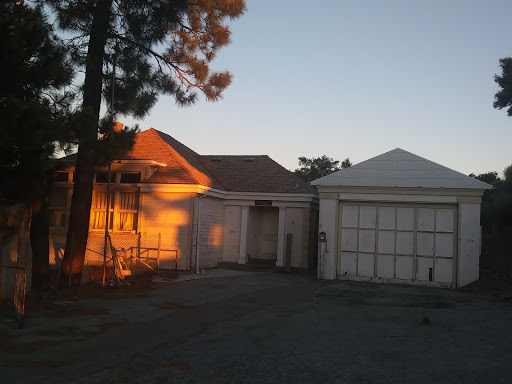 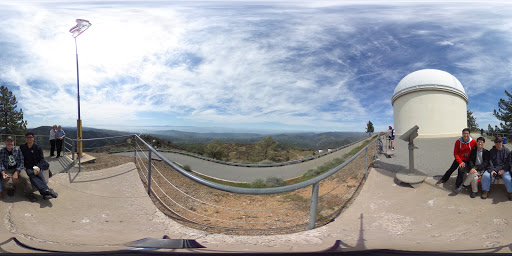 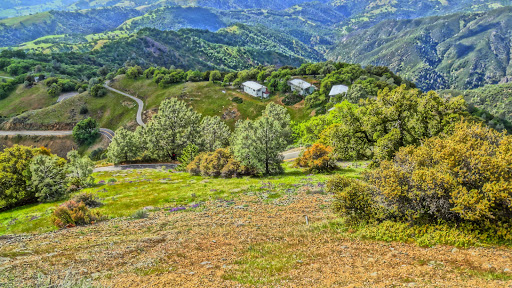 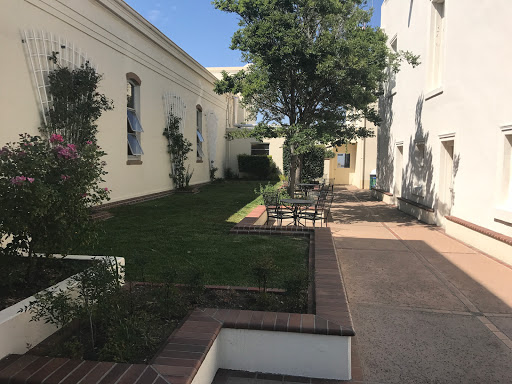 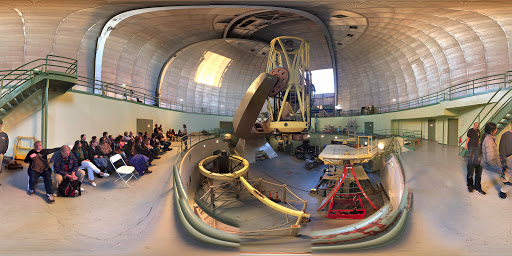 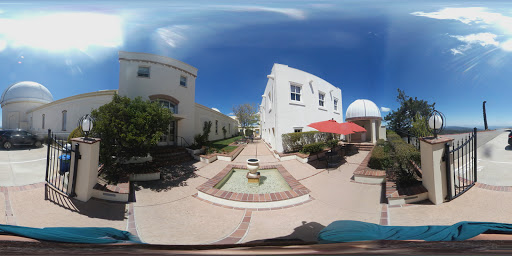 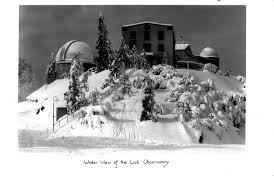 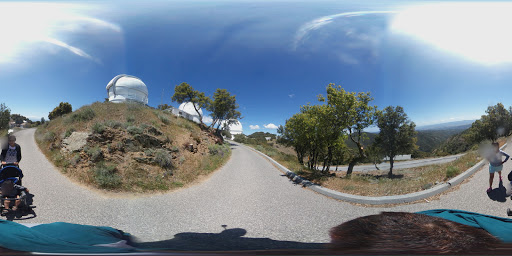 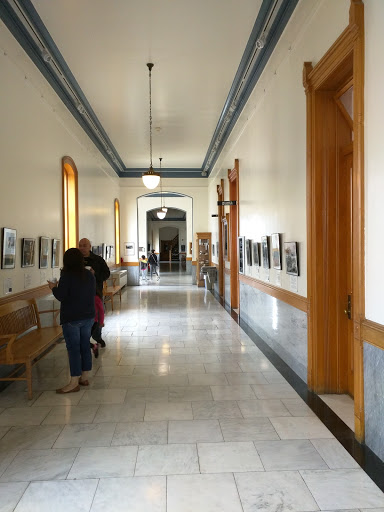 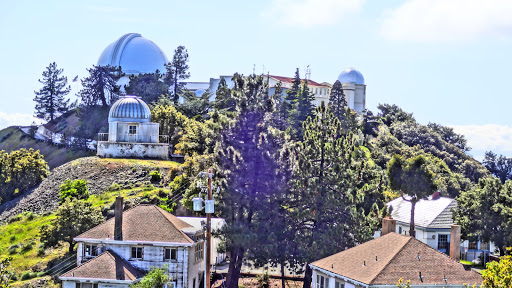 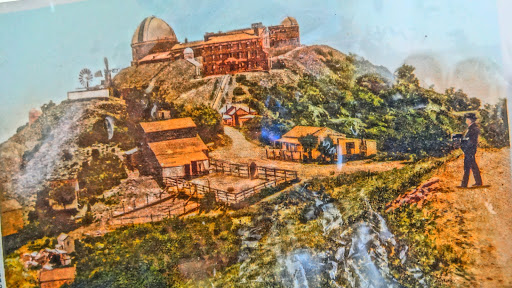 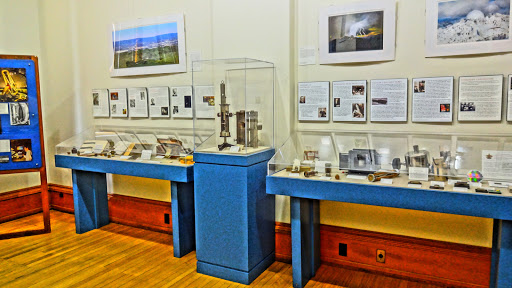 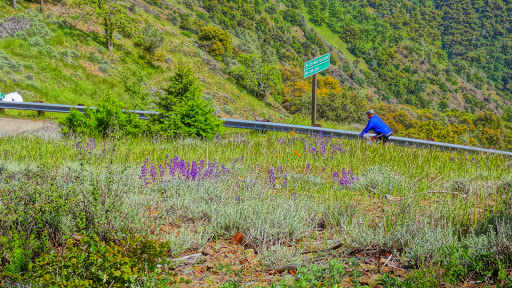