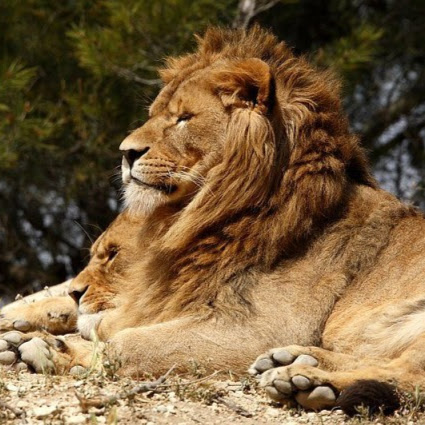 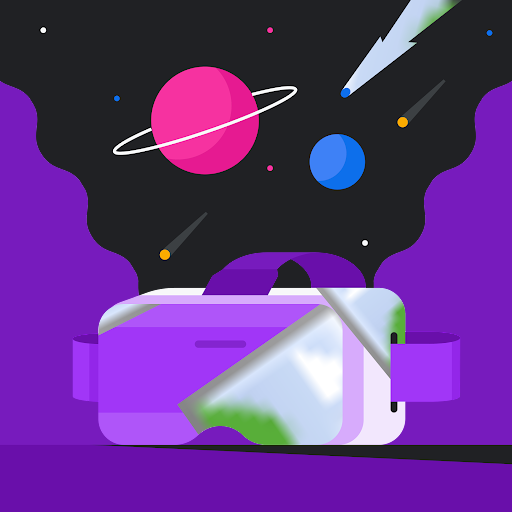 Huge disappointment. It is NOT a museum. It is a guided 45 minute tour, past a couple of expensive holograms and videos. There are almost no historical artifacts, and you are not allowed to walk around and look at things on your own. There are almost no exhibits for you to look at, the whole experience is over-rated, under-whelming, and REALLY expensive. Save your money, go to the real historical sites around the city. Skip this. The whole "museum" is like 3 rooms. One of which is a movie theater where you watch a 15 minute long film, and one of which is theater where you watch some talking paintings argue with each other. Ill admit the talking paintings are kind of cool, but they arent real historical artifacts. They are expensive tourist traps. I would much rather see actual 300 year old paintings, than weird, computer generated, Harry Potter talking pictures. The one historical artifact in the entire museum is ... a box. Thats it. They built a gigantic spinning display case, to show a box that was thrown overboard in the original Boston Tea Party. Again, that one box is kind of interesting, but thats all they have. Thats like the entire museum. No letters from Sam Adams, no pistol owned by a founding father, just... a box. The one and only historical artifact in the entire "museum" is one stupid box in an over-sized case. Huge disappointment. Suitable only for little kids who dont know any better. Adults will not like this place. 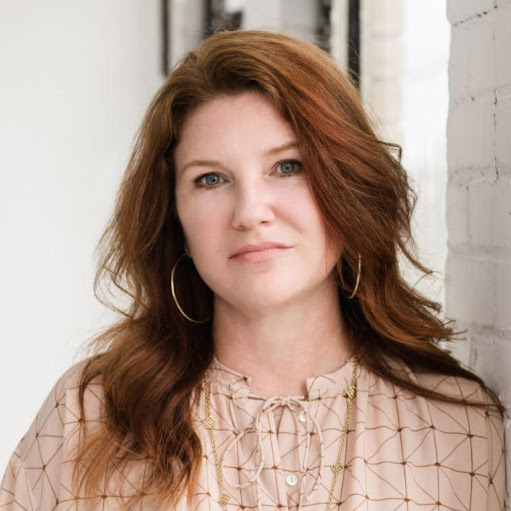 What a truly enjoyable experience! My 9-year old daughter and I just finished the tour. So many museums could learn from this one....you can more successfully enrich peoples minds and provide a memorable experience when you immerse the visitor into the experience instead of just having them tour around seeing images and reading plaques to understand how it is relevant. From the moment we set foot on the grounds of this attraction we were in the midst of history. Every detail of the architecture was crafted so that you felt like you were back in the 18th century. And the actors did an excellent job of leading us through how that fateful day of the Boston Tea Party unraveled and who the key players were. It was far more memorable than reading any history book or listening to any teacher lecture. Bravo and thank you for an incredible experience and memory of our Boston trip! 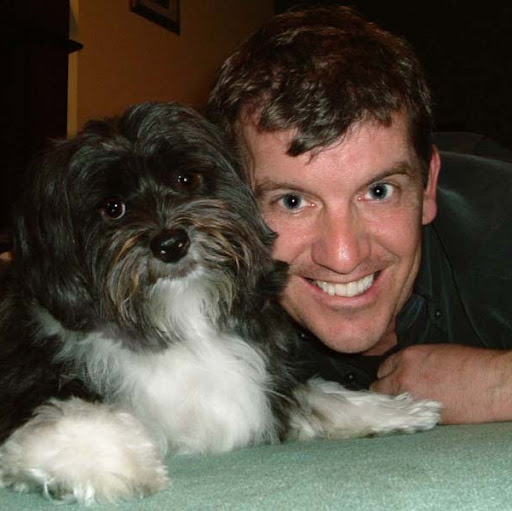 Was there in 1979-80 best tea party I ever had, well it wasnt tea we were drinking though, but it was a good time because it was on a Saturday 17th, which is St Patricks Day and the people around us treated us like family. I would love to go to Boston again and walk down memory lane. PS didnt have to pay cos I met up with one of the tour guides while ashore (I was in the Royal Navy then) and took him and his friends onboard my ship H.M.S. Intrepid and showed them around. I know the puplic didnt have to pay for tours on our ship but the were restricted to certain parts of the ship that they could not go. But I took my guest below decks etc; hence why we didnt need topay. 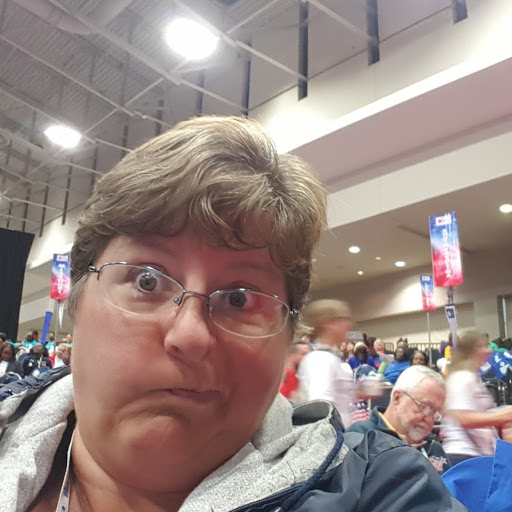 While the ships were interesting and fun, we were very disappointed with the cost of the event we attended. We were given postcards from someone representing the museum and were told it would cost $10 for the 7 to 9 teacher event. When we got there at 7, we were told there was miscommunication and it was actually $15. When questioned, the young lady working the ticket sales couldnt explain the problem. It wasnt her fault, so we just paid the $15. However, there were thousands of teachers given this $10 information. We should have been given that price. Im very disappointed in how this was handled. To me, this was poor customer service. 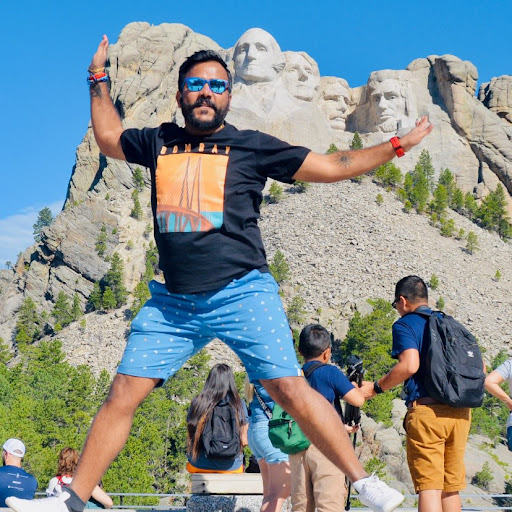 Recommended by many friends and now I will recommend this too. Right from starting to end, everything was in sync…and like the way it happened in history, they narrated us in similar fashion... 1-hall gathering (where guy was in character of Samuel Adams motivated us and we were playing Bostonians who is about to take participate in historical Boston tea party) 2- Took a tour to replica ship where we got to know why tea was thrown and how. There are dummies and you can also throw this in sea... (I did my bit by throwing 6 dummies) 3- Then in museum, they ll show you movies like how this happened Overall wonderful experience.

This was an awesome experience I recommend it to anyone that is in Boston. My wife and I really enjoyed it and would go again. Only downfall is the kids that happened to be in our group, not the actual tour itself. I wish they had an adults only tour and a family tour, as the kids and their parents kept talking and the kids would interrupt the guy telling us the history and story of our patriots. There is stuff for the kids to enjoy but when parents arent watching their kids and just talking or pretending its a daycare it takes away from the experience I paid to see. 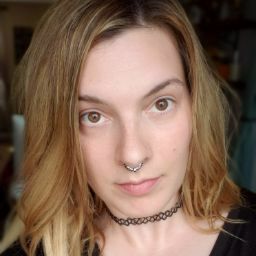 The museum and tour was a lot of fun. It certainly fires you up for a revolution. My only complaint is that I forgot to take my motion sickness pills before taking a short tour of one of their ships. Though the ship rests on very calm waters, if youre like me and get sick easily, then this boat tour will throw your equilibrium off for sure. After a fun experience touring the ship, watching reenactments, and viewing historic artifacts, my guests and I took to the cafe/bar area where I enjoyed a Boston Tea Party Ale. The gift shop also has a ton of neat trinkets!

We had so much fun! A bit of immersion as you are invited to play an important part in one of the key acts leading up to the revolutionary war. Throwing tea over the side of the boat into the harbor added to the fun. We learned so much about the tea party and what the locals were going through while oppressed by the British. The 3D video and interactive portraits were very cool. A must see and do tour on any trip to Boston Our guide "Sarah" was excellent and getting a chance to see one of the two remaining tea crates was a special addition to our visit. 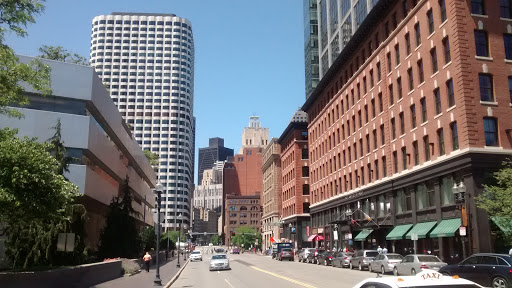 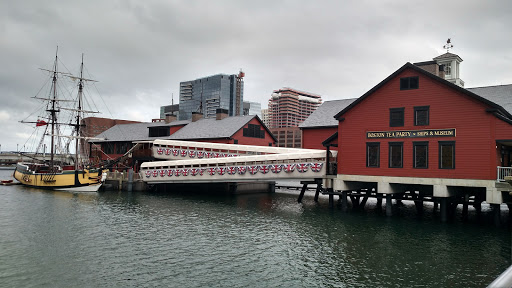 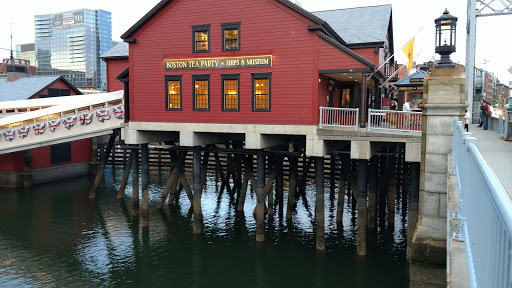 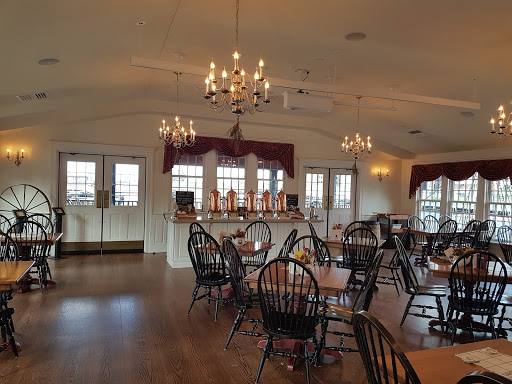 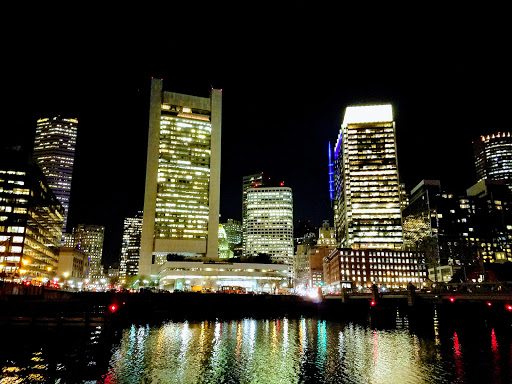 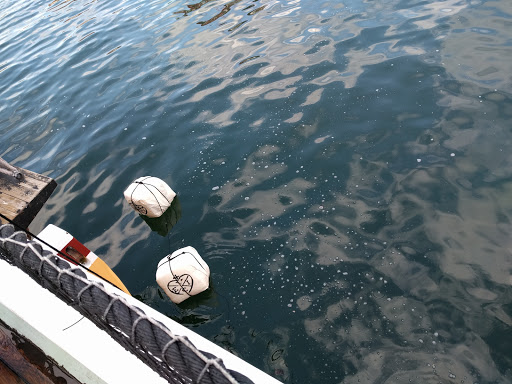 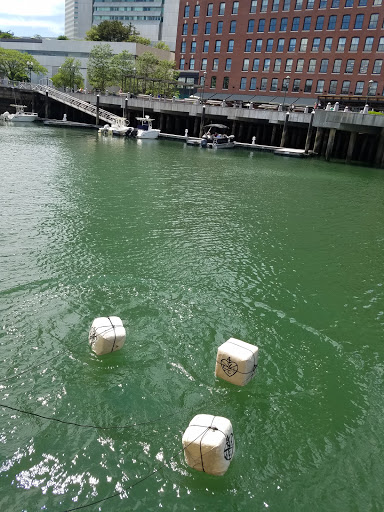 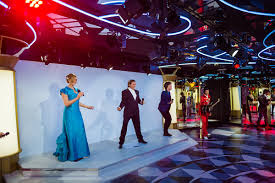 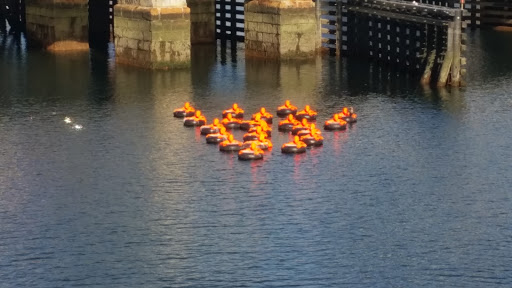 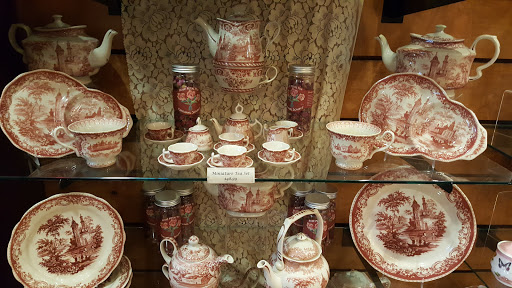 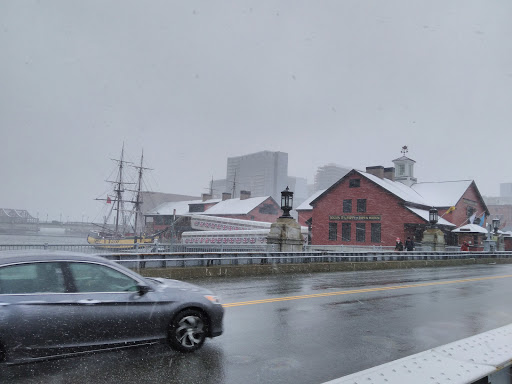 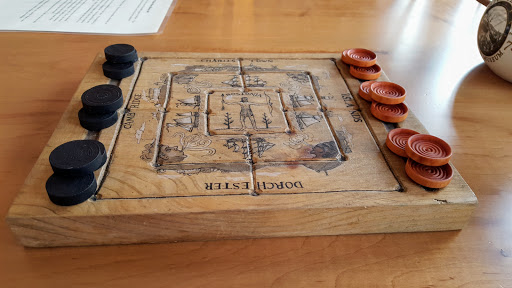 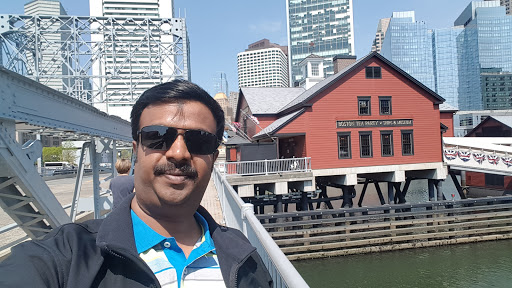 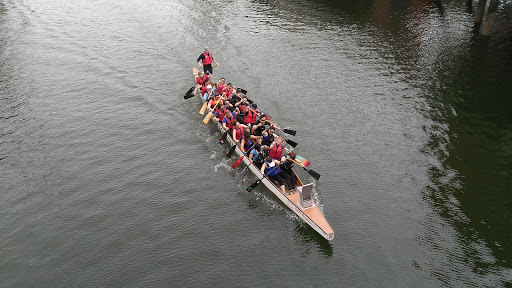 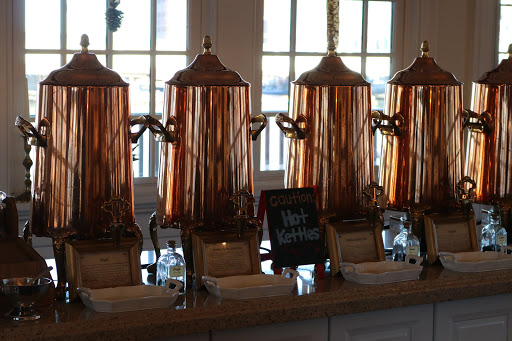 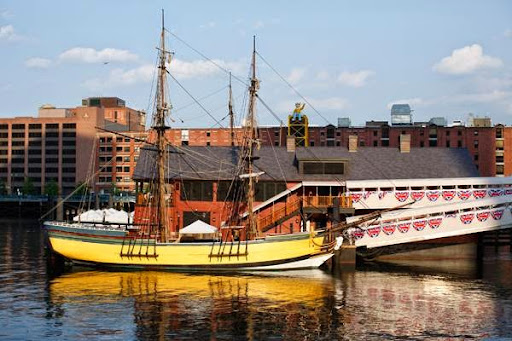 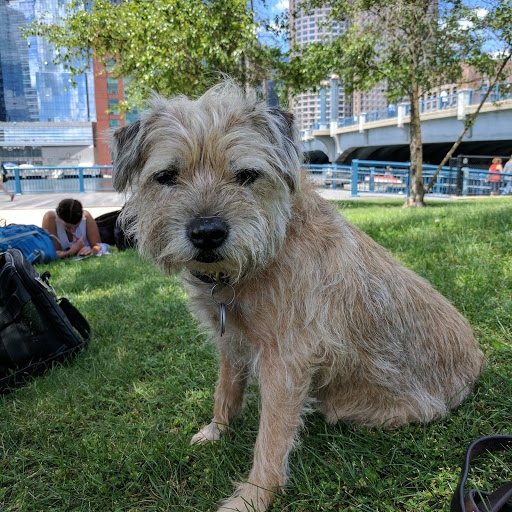 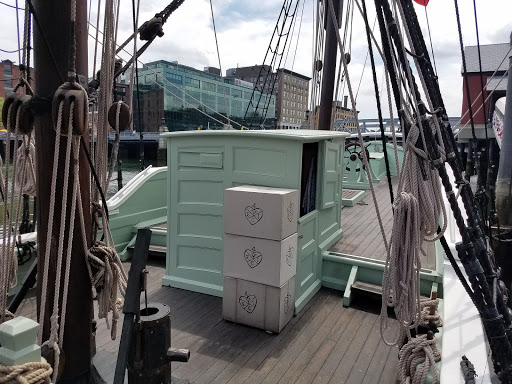 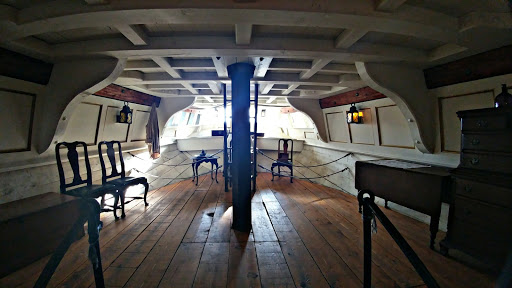 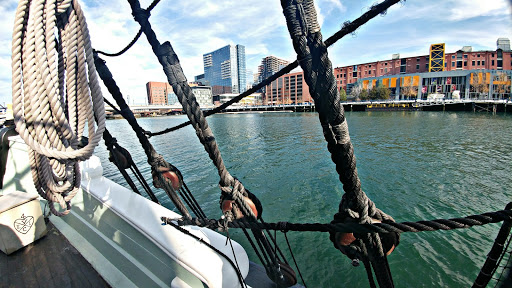 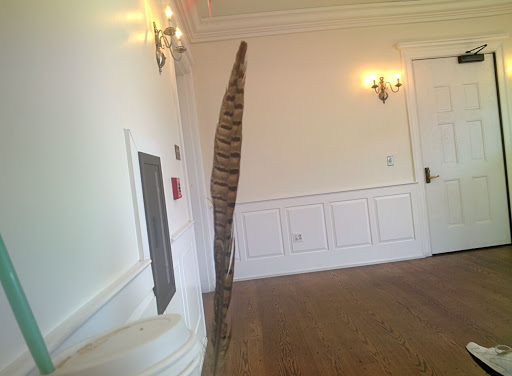