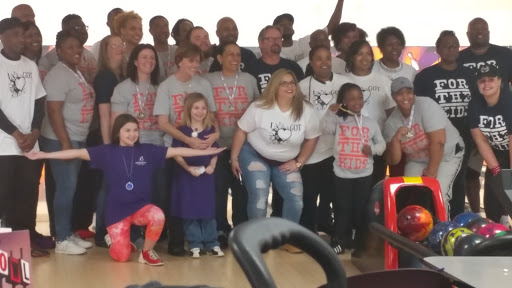 This location is a rip off. We visited during one of their "premium" charge periods, a Saturday night, and were charged $4 for shoe rental, $6 per game of bowling, and $6 for a bottle of Corona. Who charges $6 for a bottle of Corona? Mark up of 600%. Two games of bowling, one beer, $22. On a date? $44. With a family of four? $88. Also, the set up with small square tables is exceedingly awkward, constantly walking around people crammed in next to you on all sides, and no where to put your shoes or bowling ball bags. Ill never understand why bowling alleys got rid of the semi-circle seating around the ball return. The tables suck. It was also a pain that you have to prepay for every game you want to play. So if you finish a game, and decide to play another, you cant just start to play and pay for your total at the end. No, you have to go stand in line again, and prepay for your second game. I guess theyve had people walk out and not pay, so they make everyone suffer the consequences. We did like the music videos they were showing on two big screens on late Friday night. Good atmosphere, but the place was a rip off, so we wont be back. Much cheaper to bowl in other places around the Triangle. Seems to be a Cary teen hangout, however, so Im sure they will be able to stay in business with clientele who pay with Dads money, not their own.

First, no complaints about the lanes or bowling equipment. Second, the "unlimited" bowling (for three hours) at $17 including shoe rental is high, but not outrageous. Thats pretty much everything good. Their food and drink prices (alcoholic and non) and their individual game prices are, as others have mentioned, ridiculous. What bothered me the most was the underhanded way they operate. The alcoholic drink prices are not posted--even though they have a whole page listing what drinks they serve! They also dont serve pitchers of beer after 9PM on Fri and Sat. Why is that, because glasses are more expensive? Our server pounced on us before most of our party had even made it to the lanes, looking for a drink order, presumably so we wouldnt have a chance to check on the prices. And when questioned about the prices, she was unknowledgeable and/or evasive. I guess if you have to ask, you cant afford it. I see no point in going here again; there are too many other alleys too close by. Maybe if I was on foot on Buck Jones and desperate for some bowling. Oh, and the music is awful; Ive never heard so much autotune and Justin Bieber in my life.

My son, Jason had a group of kids at South Hills Lanes in Cary on Saturday, November 7 to celebrate his 14th birthday and they all had an ABSOLUTE AWESOME TIME!!! The entire staff at South Hills were wonderful!! Greg Meadows, the General Manager was especially accomodating and made sure that we had everything we needed and more!! He was very caring and wanted to be sure that everyone was having a good time! He gave us an extra lane so that the adults could bowl on a seperate lane while the kids bowled on the other two lanes so we "ALL" had a great time!! It was one of my sons best birthday parties and he loved it and so did all of his friends! The food was great and the service from the snack bar was great! The new remodel of the entire bowling alley is fantastic . . . it looks brand new and everything was very clean! We will be back often and will bring my son and his friends for hang out nights! Thank you all for a GREAT time!!

Well, even though Ive lived here a few years I still consider myself new because I dont know where a lot of things are. When I googled bowling alleys close to Jones Franklin Rd. and this one came up as closest but it was rated a 1 I wanted to see what was wrong if I was going to have to drive further. I cant believe all of the stuff people are saying about this place and that EVERYONE has rated it a 1. I hope management reads this because Id like them to know that today they lost a customer without even setting foot inside of their alley. Thanks everyone for the advice, Ill be sure to spread the word and my friends and I will bowl elsewhere!

I bought the summer pass for myself and 2 children (3 free games a day *only certain hours * includes shoe rentals) for only $24 a piece which was a great deal since we love to bowl. This place is ok and it is pretty exspensive to come and bowl just one game with your family. Customer service is pretty good and we have always been accommodated if something went wrong with our lane. Not the most updated place and some lanes are warped a little towards the end near the pins especially on the end lanes but overall i love coming here with my boys and it is super close to my house which is a bonus

We went to South Hills on New Years Day. It cost > $40 for shoe rental and 1 game for four on a Sunday afternoon which I thought was high (more than Buffaloe Lanes). Their prices arent posted on their website. The bowling alley had 32 lanes and they put us in a lane right beside the only other group there. They initially gave my daughter a hard time when she asked to move over a few lanes. After checking with the manager, they moved us over a couple of lanes but then put the next group right beside us. Again we were the only 2 groups there. Poor customer service!

I am a bowler in a league here. League nights are fun, mainly because of the people you bowl with. If you are a bowler with any sort of hook dont bother pre-bowling. Just take the 10 pin loss on not showing up because they dont oil on any days except one day on the weekends other than league nights. So basically, you still pay 13 dollars to bowl three games on dry lanes. Personally this can impact my score anywhere from 30-50 pins. Greatly impacting my teams chances at winning and overall lowering the experience of my teams night.

Rude manager! Great lanes, but its ridiculously expensive unless you have some sort of Groupon or similar deal. Even with the Groupon, its semi-expensive. I went with a two-hour unlimited bowling deal with someone. Afterwards we turned in our shoes, and the manager began yelling at us and making a scene claiming we didnt pay for our games. We explained the situation to him, and he just grunted and walked away without apologizing. He was rude, disrespectful, and has lost my business for good.

My son and I do the summer bowling program here. The folks working here are friendly and helpful. The equipment is pretty old, but it generally works OK. Some lanes do have issues from time to time. The automatic scoring works well. This is not as nice as Buffaloe where the bumpers raise and lower themselves depending on who is bowling. It doesnt tell you how many boards to move to pick up a spare either. However, its a decent place to bowl. And, unlike Buffaloe, they serve beer here. 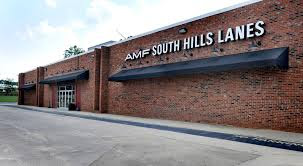 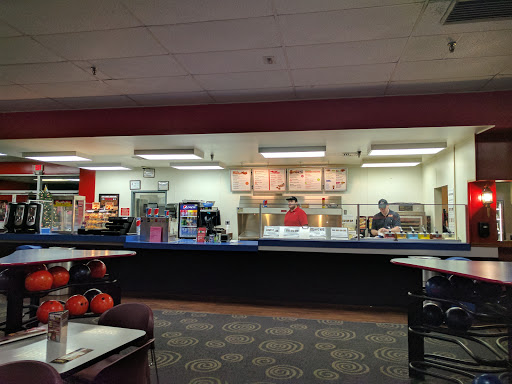 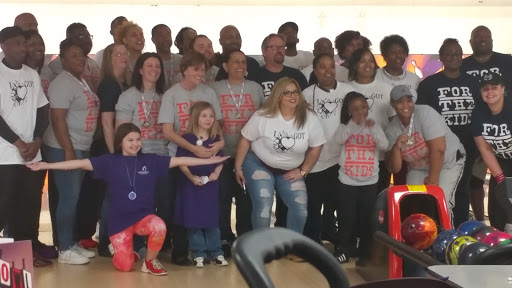 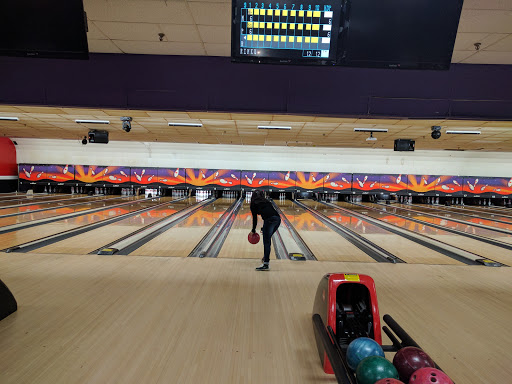 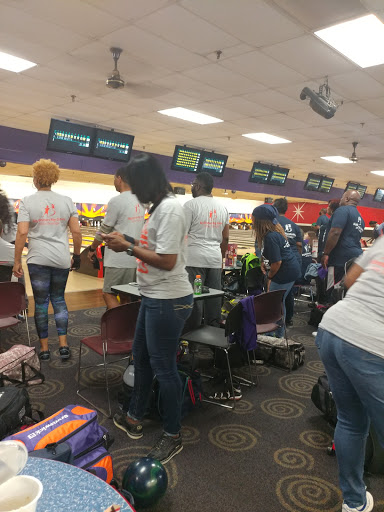 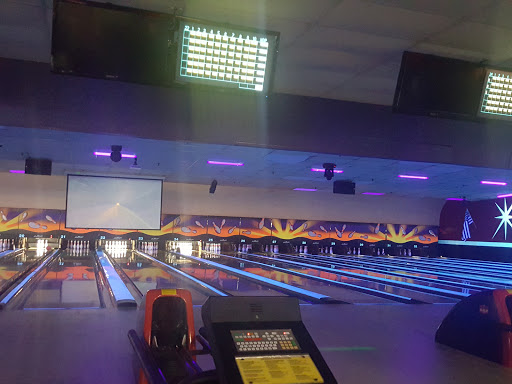 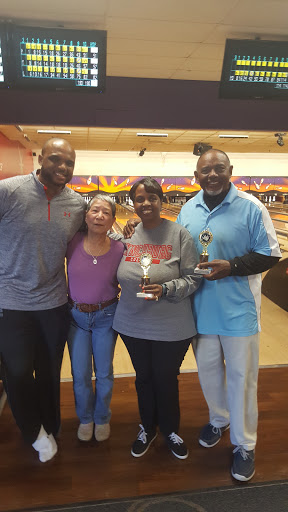 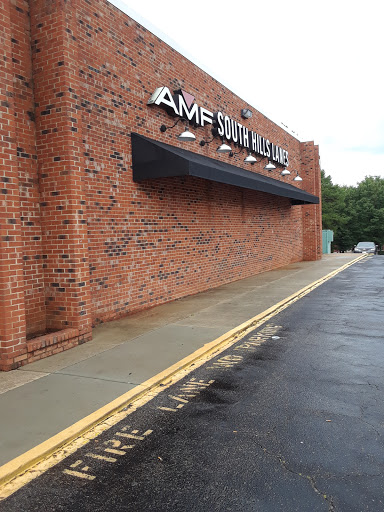 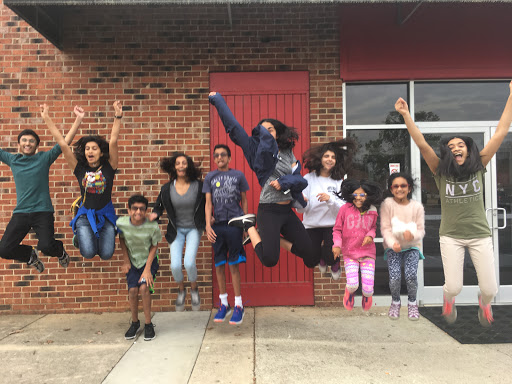 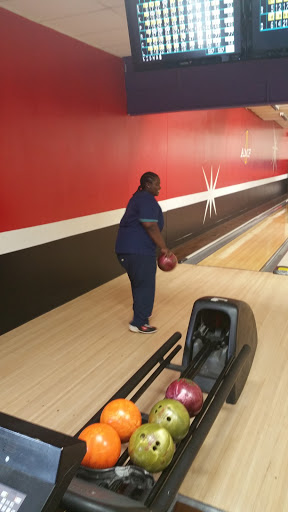 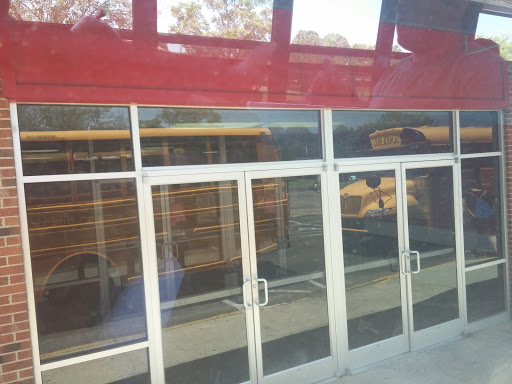 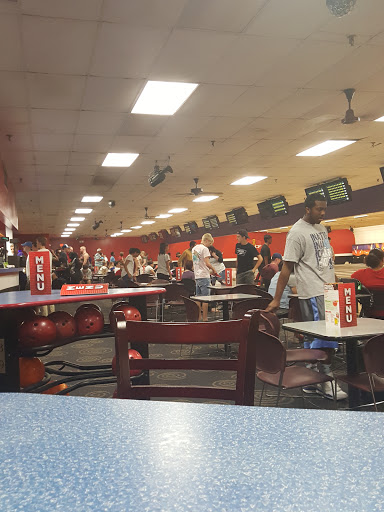 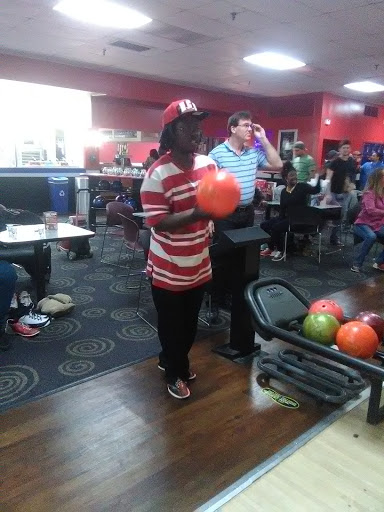 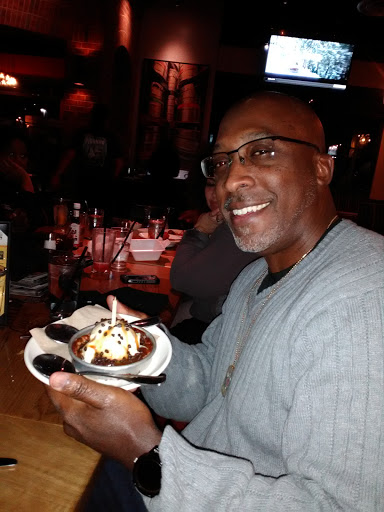 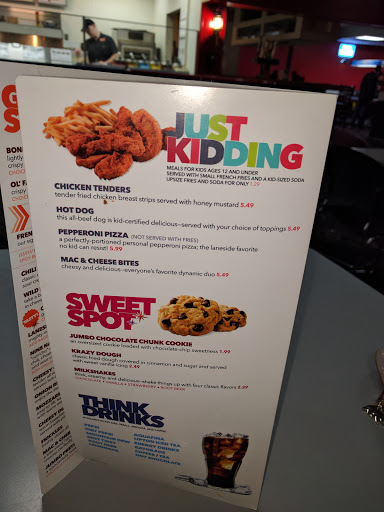 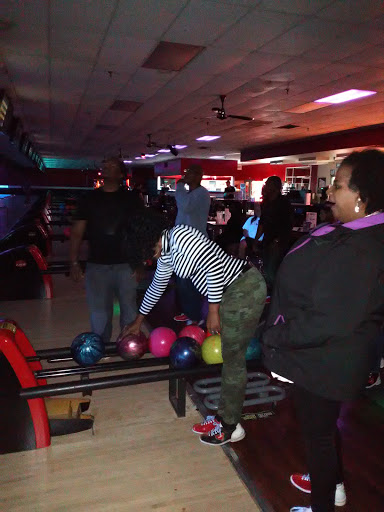 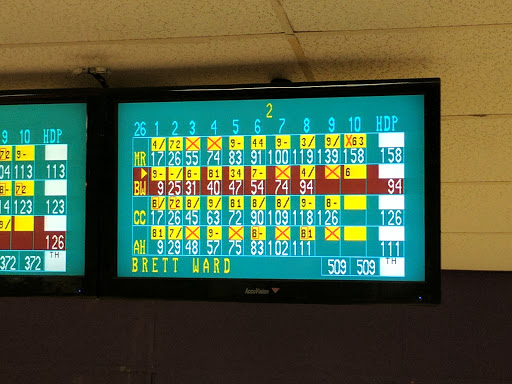 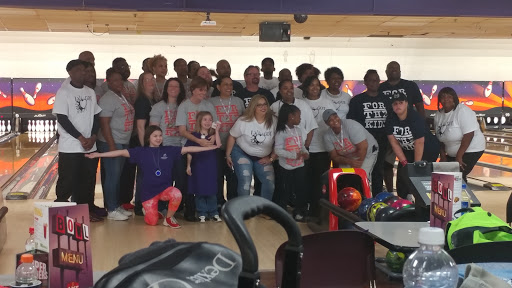