My date and I got tickets to see Rockapella, and what GREAT performers they are!  The Bethesda Blues & Jazz Supper Club, on the other hand, was a complete disappointment.  (Note:  My date reached out to the venue through their website to let them know of this experience, with no acknowledgement.)  We arrived an hour prior to show time, to ensure we were completed with our meals before the show.  After 30 minutes of sitting, with no menu, no water, no service, my date went and spoke to one of the servers to ask if we would be served soon.  15 minutes later – still no water.  We made another request, and finally water and menus were brought to our table.  Others in our area were being served with friendly smiles and conversation, while we sat with nothing.  Another 15 minutes went by before our server came to take our orders, and of course our food (which was delicious, by the way) did not arrive until after the show had started (with our water glasses sitting empty…again…)  We ordered wine with dinner, which also arrived late.  So much for our $100 bottle of Cakebread being served with our steak!  The waitress conducted herself with lack of professionalism throughout our visit, as did the two others we requested serve us, since our waitress was seemingly unavailable (except to the other tables she was serving around us).  While I hate to think this was racial discrimination, our African American waitress and the Asian waiter (who we thought was the manager, and talked with regarding the poor service) treated us differently than the other predominantly white guests.  Either they did not care about their jobs (which seemed untrue, based on the exceptional service the other guests appeared to be receiving), or did not want to serve an interracial couple.  We frequently dine out and look forward to new experiences.  Rockapella was the ONLY reason we stayed.  The overall experience with the Bethesda Blues & Jazz Supper Club was terrible - rude servers, slow service, the inability to request a new server when ours was horrible, and lack of attention to detail.  The lack of follow up when contacting the venue directly was just another disappointment to add to the list of complaints.  Once you reach a certain price point, you tend to expect better than average service, and we received less than mediocre – even after sharing our complaint the night we visited the venue.

The Bethesda Blues and Jazz Supper club is a venue I wish I could love. Built during Hollywoods heyday she is beautifully restored and acoustically sound. Shes a ship with good "bones" but unfortunately her captain is AWOL. Her crew could learn a thing or three from Strathmores AMP and The Carlyle Club. The entertainment is solid. The sound and lighting crew, which can make or break a performance, err on the side of breaking it. Into pieces. If I were in the shoes of "The Stranger" (a Billy Joel tribute band) that performed tonight, Id be thinking twice about returning. The saxophone player, for the majority of his leads, was simply left in the dark. At times, the audience was flashed with bright whites which the younger generation wouldnt mind but seniors do. Sound engineering is uninspired. Volume is cranked too high for the sensitive acoustics and performance type, creating a cacophony. The overall mix favored bass and drums which is appropriate for funk or go-go but not for pop. The big sound this 5 piece band was going for turned into noise which unfortunately drowned the featured instrument. Then there is everything else. Mediocre service (18% tip automatically added to all checks), food/beverage items out of stock, a deuce table sold as a 4 top (a metal support bar for the table legs on 2 sides prevents peoples legs from sliding underneath) causing 2 guests to sit sidesaddle, overpriced menu, etc etc. Concerns brought to the owner fell on unsympathetic ears. What a shame. This "golden girl" deserves better. Sigh.

BB&J has the potential for getting 5 stars. They have a prime location, ample and affordable parking, top rated and affordable entertainment, and they serve the community by promoting local talent. Now here is what needs serious improvement. They lack direction, focus and systems in the area of customer service. The wait staff needs better direction and extensive training. BB&J is high volume and the wait staff struggles to keep up with the demand. It could be because they are understaffed. There are also inconsistencies and a disconnect between the website and the actual venue as it relates to the dining menu. As of this date what is on the website and what is currently being served are two totally different menus. The website needs to reflect the current status of the dishes beign served. With respect to the sound and lighting crew they also need some tweaking. BB&J has great production equipment and the venue has great acoustics, after all it used to be a move theater. That being said it does not need over amplification just enhancement. If these things were sharpened BB&J would be top notched in my book. P.S If anyone from BB&J would like to discuss how I could help improve and train staff please feel free to contact me.

Based on previous reviews, I was expecting slightly overpriced over hyped food and my expectations were met. I was also expecting good service and was sorely disappointed. My enjoyment of the show was sorely diminished by the aggravation of waiting an hour between appetizer and main course, punctuated by delivery of wrong drinks and salads. The waiter was unfriendly, pushy, and disappearing. The runners who brought the food to the table weren’t clear on what they were carrying, nor which seats to deliver them to. The manager who finally showed up at our table after repeated requests, offered the excuse that more people than expected showed up at 5:00 pm when the doors were supposed to open (they actually opened about 5:20 pm), which overwhelmed the kitchen. They had a sell-out house; they should have been prepared. Clydes implements the waiter-runner system excellently. The Birchmere expeditiously feeds large crowds with less pretentious food. The Bethesda Blues & Jazz Club should send its managers to observe how those establishments work.

Went to see Eric Roberson who was absolutely great...would go and see him again! Someone please tell me how do you have a concert SOLD OUT remind you and no air conditioner!!!!!!! You get there and cant get food you have to go to another part of the building to get food. This was my first time going to a jazz concert but my last time going to this particular place!!!! I paid 114.00 for this venue to seat in a building that felt like I was sitting outside. So if you go to this place please know what you are getting into!!! I am really tired of people taking my damn money because I am of color and assume its ok for you to give me awful services and have me sit for a few hours in a 90 degree room!!!!! I will not be coming back.. if you went to the concert last night on 7/15/17 you need to post it!!! Things want change unless you change the owners money!!! Plus I read some more reviews and the singer keeps coming to the same place with no air!!!! Ok you are a part of the problem!!! SMH

Six of us were at the Teddy Pendergrass and Marvin Gaye tribute show on Sunday. The Teddy Pendergrass singer was great! The Marvin Gaye singer talked too much, sang too many slow songs, and never did more than two songs in a row. He was a real disappointment. We decided that we would not return if this band and production company are doing the show, because it would be a 50/50 chance of seeing a good show. The band was fair, for being so big. The food was good, but the lobby needs some attention. I recently returned from a visit to New Orleans, LA. We saw a band there that would really be excellent for your establishment. They can play any and everything. They are The B. B. King All Star Band and they play regularly at the B. B. King Blues and Jazz Club on Decature Street in New Orleans. 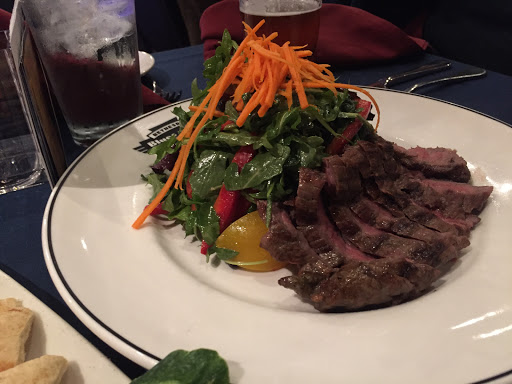 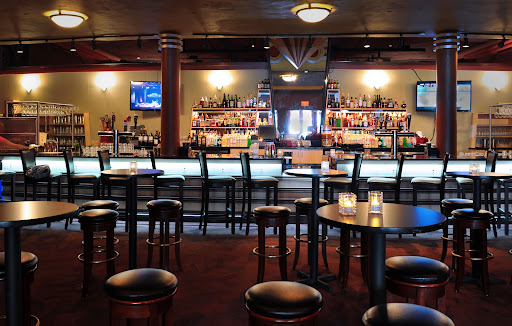 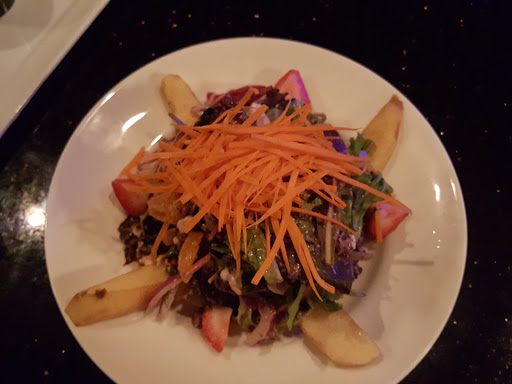 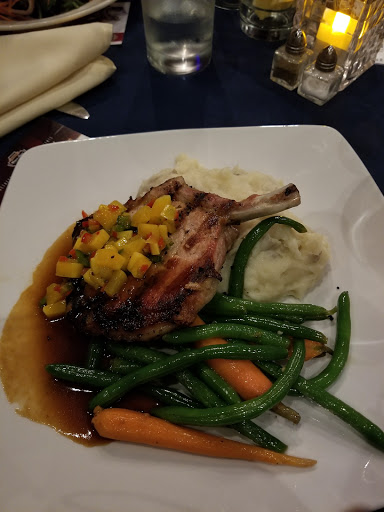 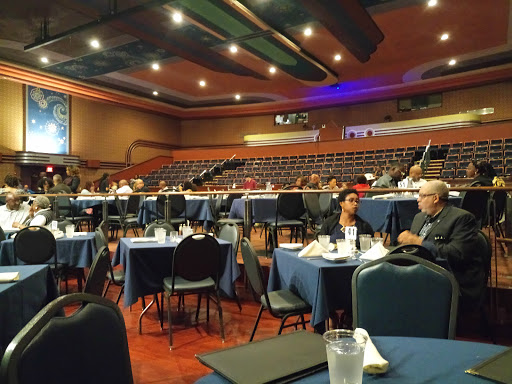 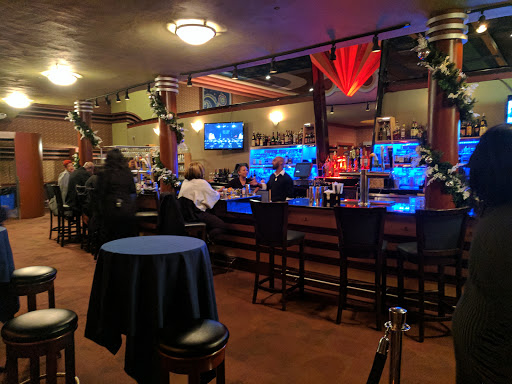 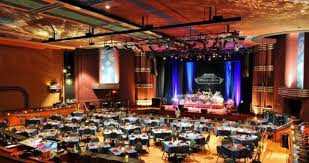 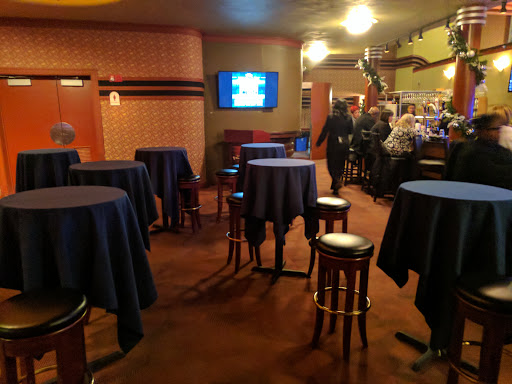 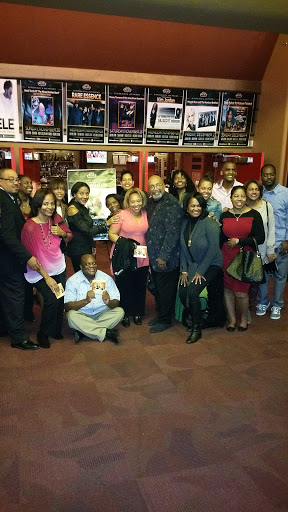