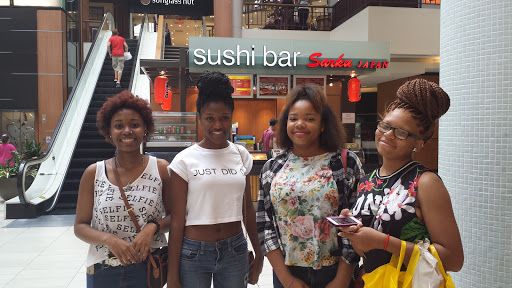 This is the worst theater in Saint Louis. Unfortunately, it is conveniently located in the mall, and becomes the easy choice when I dont want to drive somewhere else to watch a movie. Every time I have been to the Galleria, people have texted, talked loudly, or been on the phone. Today was the final straw, I will not give this place any more money. Toward the end of the movie, people started walking in and just standing in the isles looking for somebody. Then they sat in the back of the theater and just started talking. The staff did nothing to stop people from entering the theater from other movies that were getting out, because the people who work there dont actually care about customer service. If you like to talk and text while you are in the movie, and you prefer interruptions from rude and obnoxious people, go to this theater. Otherwise, I suggest you try one of the more respectable theaters in town.

Ill tell you why my experience was LESS THAN sub par. Most people think theaters are for watching movies. Thats where everybody is WRONG. Movie theaters are for talking to cute black haired studs behind the ticket counter. BUT NO the atmosphere made me feel obligated to buy a ticket and watch Jurassic World, which made me feel weird because the girl in it just made me feel weird. But it was okay afterwards because the same stud I talked to before was standing there with Tootsie Rolls TOOTSIE ROLLS for my enjoying and stared deeply into my soul with his face. But I had to leave because the atmosphere YET AGAIN made me feel obligated to get the hell out of there. Ill be back, ticket boy. And next time, I REFUSE to watch anything other than you stuffing your face with the Chipolte kids meal Im buying you.

Too many people acting like there "hood" and trying to fight in the theaters . Very loud young crowd and supper rude , get this under control Stl cinemas or Ill not be returning and more upper class people shall be scared away from a place like this and will be the theatre soon to be known as the slum cinemas ... Besides that the workers are great just have people monitor or walk through for safety and security reasons.. Like you serve alcohol people get out of hand , be smart before you guys wind up with a law suit from someone getting assaulted in your cinema

Really cheap pricing, and although the screens arent as big as Ronnies, or other standalone cinemas, the seating is some of the most comfortable and spacious in the area. The picture quality is top notch and the small theaters make their top notch sound system get in close to you which helps a lot with immersion into the film. Add in the fact that you can chill around the mall after the movie and talk about it and this is one of the best places to go with a group of friends.

This theater is literally one on the worst theaters I have ever had the displeasure of seeing a film at. The setup is poor, the sound is poor, you can hear all the staff and people talking in the hallway outside each theater. The people were rude: texting, talking, and showing up halfway through through the film. St. Louis has a very disappointing movie scene. You have to drive clear out to the boondocks to see a film in a decent theater.

Rude customers everywhere and the ushers tried with the least effort to take care of them, probably because there were so many noise maker and they could only shush except making an example by removing those jerks. Possibly all rude fellows in STL is around this place, I guess. -------- And by the way, just like other comments mentioned, the sanitary condition is like heck sometimes.

I would rather give them 0 star if possible. I don`t know what is the dominating factor but afak the audience are in general, rude. You can hear them texting, laughing, complaining and even spoiling. That sucks and the ushers wouldn`t do anything. Could they just get those trash out of the theatre?

Good theatre. The seats are a bit dated but plenty comfortable. They sell wine and beer, unlike most theaters. The matinee prices are great, $5. You can also see anything (not 3d) for $5 on Wednesdays. There is almost always seat availability, even on opening weekends.

Got to see Kung Fu Panda 3 with my 10 year old son. The first time Ive been to the theater in over 10 years. The seats are not that comfy and do not recline. The food however is not too pricey compared to most places and if you get a large soda you get free refills.

The theater itself is above average, but the prices are amazing! I see most of my theater experiences here. Affordable tickets, low cost concessions, and there is the option to get dinner before or after the movie at the food court.

If you get to the movie after the mall closes it become really difficult to get there. Youll have to find a clever way in and wander a mostly empty mall. The seats are comfy, sound is good, but getting there was a struggle.

Very nice theater within a great atmosphere. Fun and very good quality. The bathrooms tend to smell like urine but for the most part, I think its one of the better theaters in the St. Louis Metropolitan area.

This is probably one of the smallest, most run down theaters that I have visited in a long time. The prices are cheap, which is awesome, but the seats are not as comfortable as other theaters in the area.

Very affordable ticket prices than any other movie theater in the Saint Louis area. Very Kid friendly environment before 6pm. I take my child there all the time to watch children movies. He loves it!

They dont have the most screens or the biggest ones, but they have nice theaters and great staff. Its also not such a big place that it becomes a zoo. Never regretted choosing to see a movie here.

The employees were rude. The managers were unconcerned. There was no sense of urgency in service recovery. The restrooms were also unsanitary. I will NOT be coming back to this establishment!

Decent screens with the popular current films. I was not so impressed with the service at the snack stand or by the ticket counter. Theater seemed clean as well as the restrooms.

reasonably nice location - in the St Louis Galleria Mall right off the food court. The seating appeared to be old and very worn - we had to move twice to find a comfortable seat.

A small theater with good stadium screens and an excellent concession stand. The staff enjoys movies and is always helpful. The smaller theaters leave something to be desired.

LOVE THIS THEATER!! Comfortable seats, popcorn is delicious (you can add your own cheese toppings at no extra cost), the theater is clean and all at a reasonable price!!

They are too high. It is like 10 dollars for everything. But he movies are really good. The tickets are at a affordable price but the concession is way to much.

Nice little theater. Cool art in the dining area with student and senior discounts. Always been one of my favorites, especially since its right in the mall.

I wouldnt go to the movies I thought it was too expensive but here the price is right! Staff is great...we make it a point to see a movie every week! 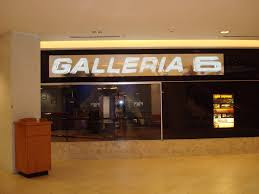 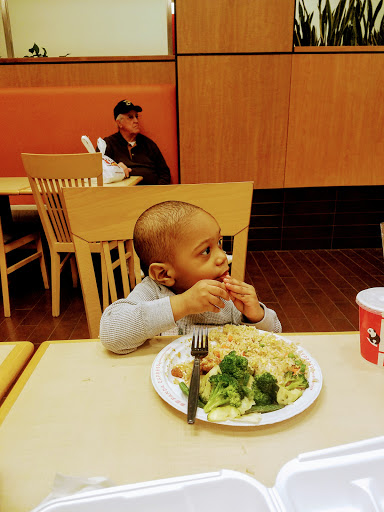 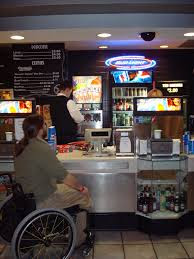 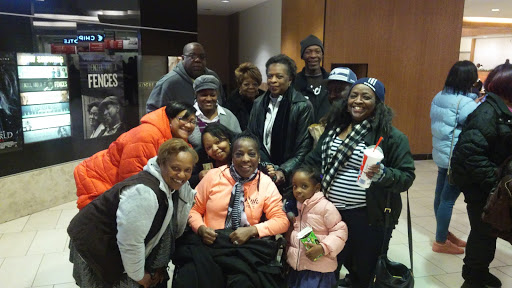 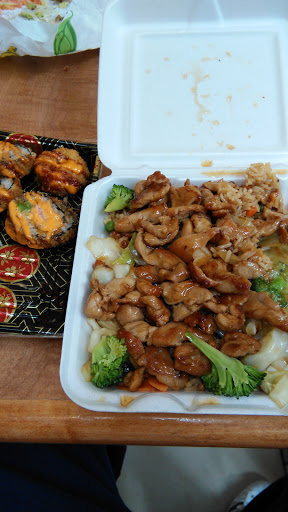 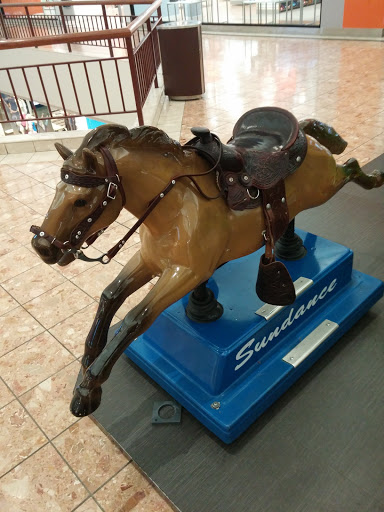 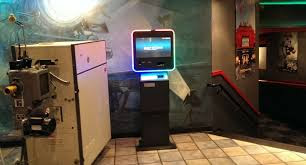 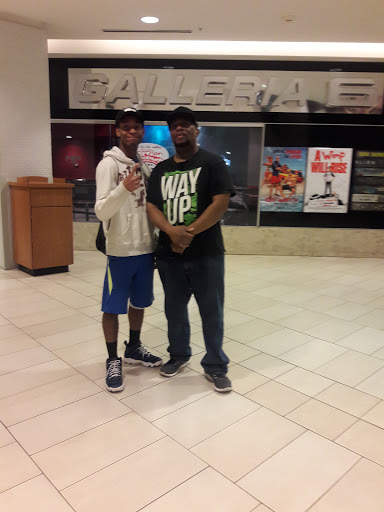 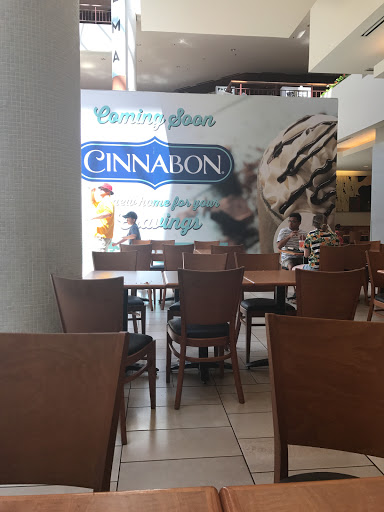 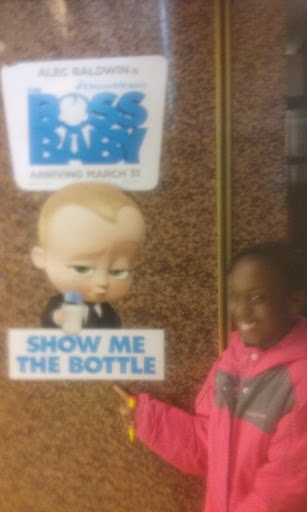 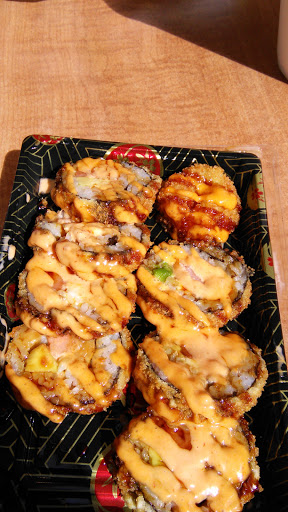 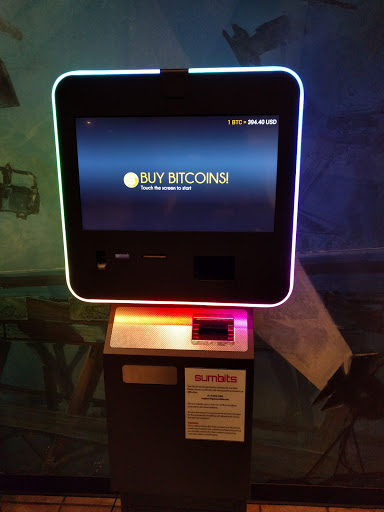 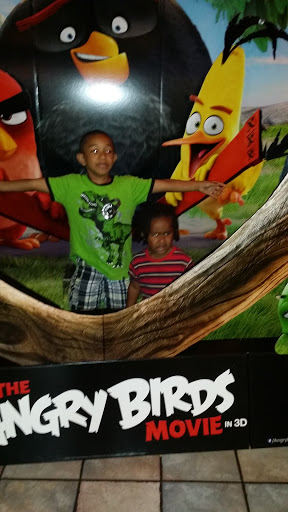 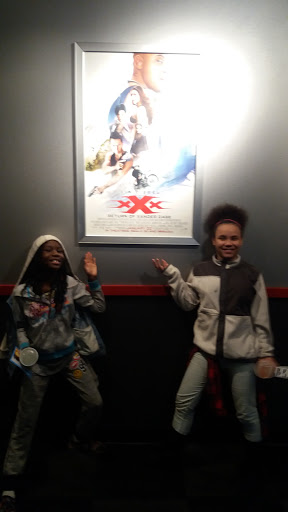 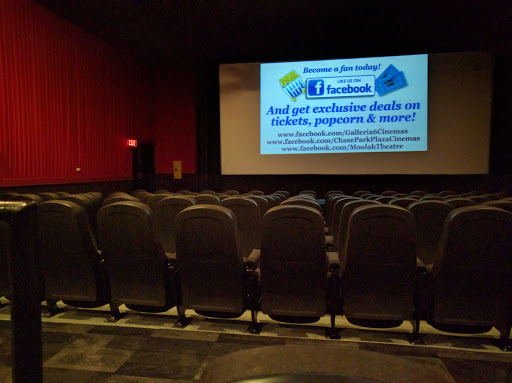