My room was disgusting. There was green mold in the inside of the shower curtain as well as the shower ceiling. The binder with hotel information and local eateries had a stain on a page that appeared as though pizza or pasta was dropped on it. It had never been cleaned because there were crusted chunks of food still present. There was broken drywall around two of the pictures on the wall and the iron was almost completely useless because it was so cheap. The hangers were difficult to work with because they had the security rings that do not allow you to use the hangers as intended off of the closet pole. The elevators were far behind the times as they are incredibly small, slow, and the doors almost always had to be manually opened/closed. The hallways were always scorching hot but the temperature of the rooms was nice. Breakfast was pretty good but the restaurant had very cheap food for dinner. I had a prime rib my first night and it was very small and 50% grizzle. The ladies that worked there were very nice but the managers treated them like garbage and would harass and yell at them often for no reason. The bar was fine but I guess its probably pretty hard to mess up serving beer. If Im ever in the area again ill be staying at a different hotel.

I had a lovely and very good stay here. The staff is very helpful and accommodating, and it was clear to me that they really wanted to make sure my stay was enjoyable and relaxing. There was an incident with another guest of the hotel, so it was not the hotels fault, but when I reported it (just so their staff could be aware in case it happened again with someone else), I was grateful for the response I received. The staff went out of their way to make sure that the right people were notified and they made sure that I was comfortable after the incident. I was pleased with their response and it made me feel safe during my stay. I liked how this hotel was tucked away from the main street and far enough away from the highway so that I was not able to hear any noise from either of those two. It also helped tremendously that it was very close to the grocery store and other eateries. My room was clean and spacious and the bed was comfortable. As per the other reviews that describe the decor as dated, they may be right but I guess its not that important to me. I would recommend this Best Western hotel to anyone wishing for a quiet hotel and peaceful visit. 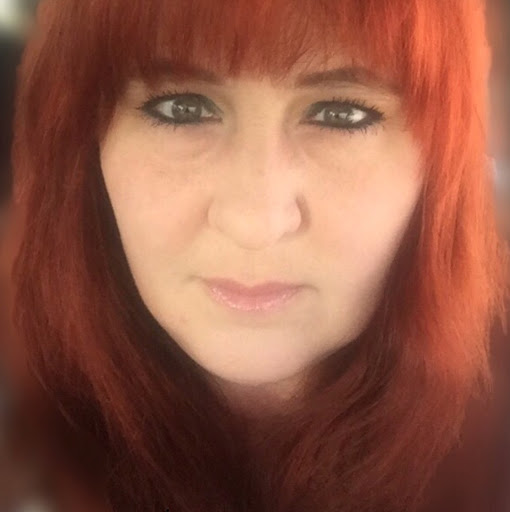 If I could select zero stars, I would. I have stayed in motels that were cleaner. I ordered room service and requested a well-done burger. I took one bite and found it was completely raw inside, so I could not eat it. That was the best part of the hotel. The room was dingy and perhaps I should have know from that, but I went to sleep the first night without any bug bites, but woke in the morning with a great deal of itchy bites. (I am having all of my belongings dry cleaned now because of this.) In the morning, I showered and got ready and then made the mistake of using the toilet one more time before check-out. I heard the sound of water from above (not sure if it was a sink, shower, or toilet) and then water suddenly poured down on me from the vent above the toilet! Obviously, I had to shower and get ready all over again. Once I was clean again, I checked out and told the person who checked me out about everything. Her response was to basically shrug and say, "Oh". No apology or anything! This must happen all the time there. I will NEVER stay at one of their hotels again and I strongly urge everyone to run from them as well. 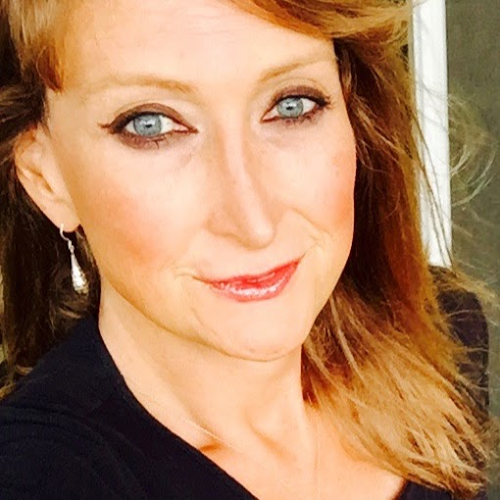 The really great thing about this place is the people. They are friendly and accommodating. The breakfast situation is nice too. its generally a comfortable hotel. My experience was a little bit odd because I seem to have an allergic reaction inside the hotel and Im not sure why. It may be something external & nothing to do with best western. it sure got worse when I was in my room though. They have Benadryl and aspirin for sale at the front desk for two dollars a pack. I recommend you bring Benadryl just in case you have a similar allergic reaction to what I had. Im not one to get allergies so I really dont know what it could be. Im not from New England so maybe Im just allergic to the East Coast. Also, be sure to utilize the easement between the street this hotel is on and the shopping center that is just across from the hotel. Theres a walkway that lets you get access to Chipotle, Subway, grocery shopping and lots more. The location is pretty ideal from that perspective. Theres Chinese food and a great Indian place called Tandoori Grill. Im putting up a photo of the walkway since its easy to miss.

This place is a dump!! The hotel is worn and in desperate need of maintenance. The hotel staff can take your reservation, but when you arrive to check in, they undoubtedly have it wrong. We reserved two connecting rooms, one with two doubles and one with a king. When we arrived, all they could give us were two rooms, several doors apart, with two beds in each. The "free" breakfast is a joke. The first day we got there, the place looked like a war zone. No fruit, no eggs, no yogurt, no bowls! The staff was clearly stressed beyond belief. I think they overbook this hotel beyond the staff needs and the staff just wears down. I dont have any confirmation of this, but I do think that there is low income/no income housing on the second floor. This makes for a very chaotic environment, little kids running around all over the hotel and lots of smoking outside the front door. I do think this should be disclosed to anyone reserving a room. I will do my best to avoid this hotel in the future - definitely not worth the $150+ per night that we paid.

I would never stay at this hotel again. I was here for a conference and made reservations more the a month early. We wanted a room for two people one night. We saw that it was for two nights so we got it cleared with our company to stay the two nights. We also asked if we needed both peoples names. He said no. Then we told them it was a company card if we needed anything. The guy said no it wouldnt be a problem. When the person that was staying in the room also who wasnt named went to check in. The front end supervisor wouldnt let that person check in even though she had a receipt the credit card and a badge. So this person had to call the person that had the name on reservation to have her the approval to register. Then it was the credit card it had our bosses name and company name on it. So we had to call boss after hours on personal phone to give approval. Then while I was standing there the supervisor said can you move over so I can take these other customers. There is signs everywhere in hotel about customer service and there is non. 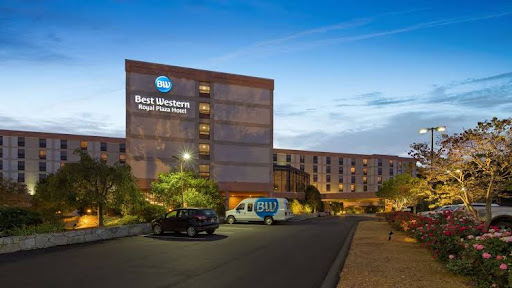 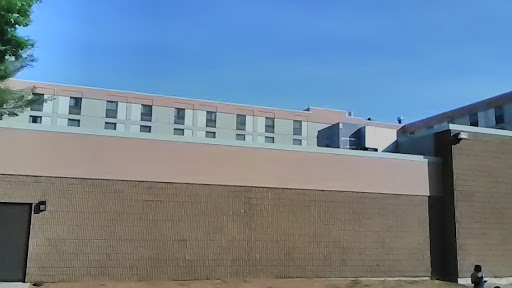 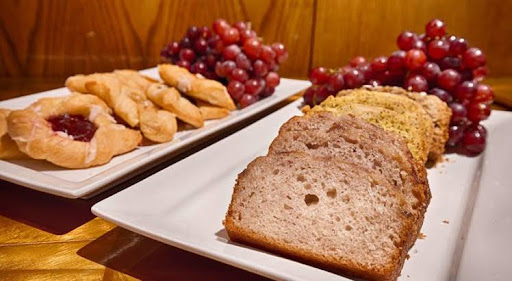 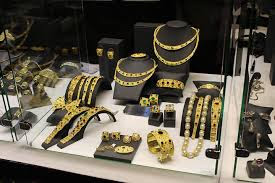 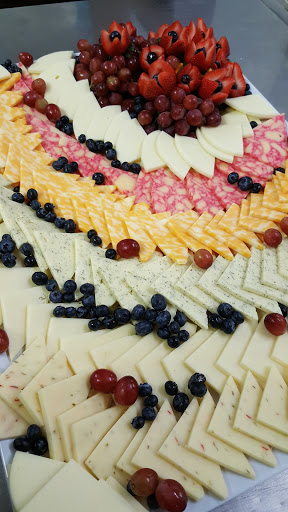 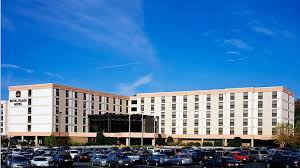 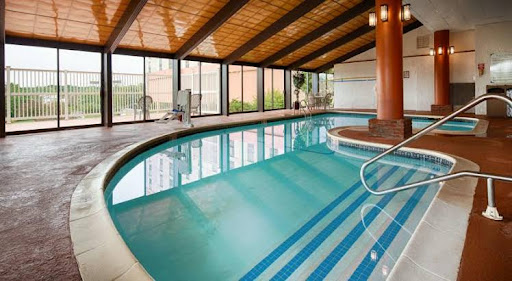 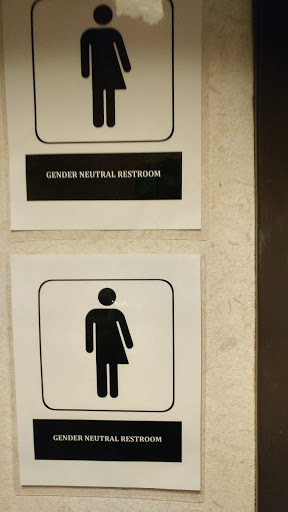 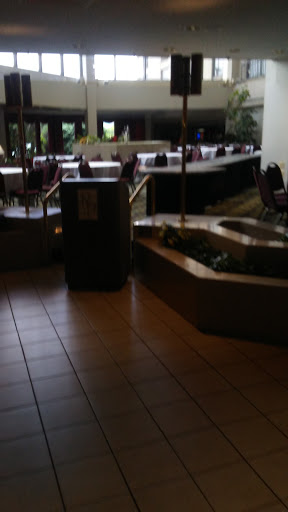 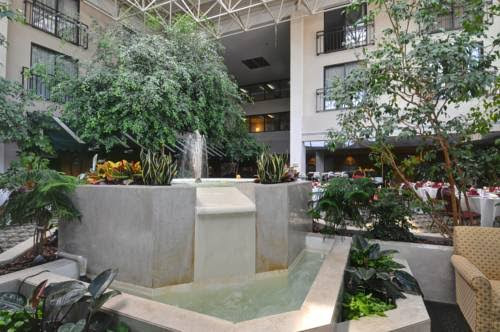 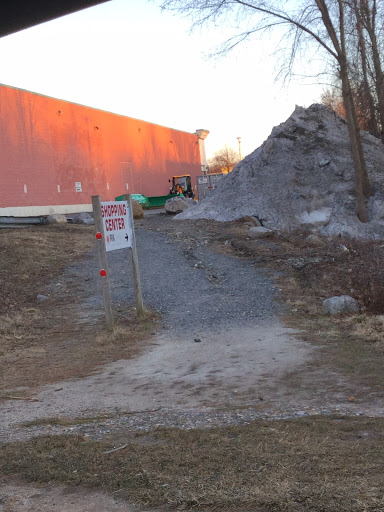 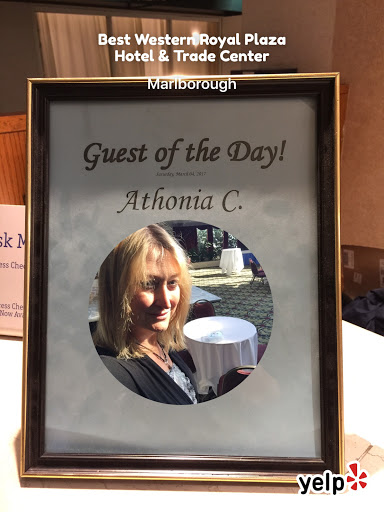 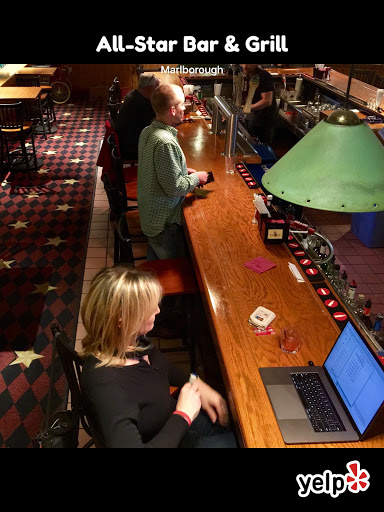