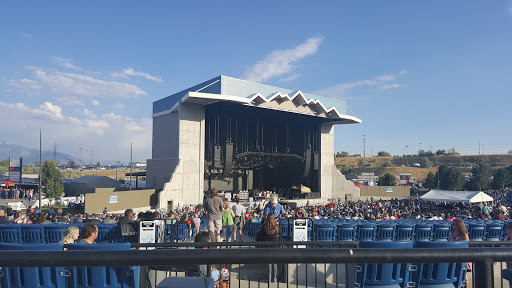 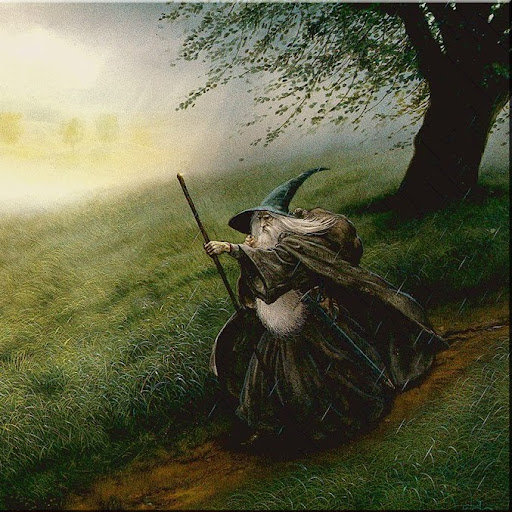 My family and I went to the Panic! At The Disco/Weezer concert of July 26, 2016. None of us had ever been to the USANA Amphitheater and having experienced it, we vowed to never go again. Several streets around the venue were blocked off and as there were no signs or employees directing traffic, we didnt know where we were supposed to go. We ended up parking on one of the upper level gravel "parking lots". My mom has rheumatoid arthritis (she is in constant pain) and it was extremely difficult for her to walk down the on the loose gravel all the way down to the venue. It could have caused serious injury to her. The least USANA could do would be to cover the path with asphalt to make it easier for EVERYONE. The concert itself was amazing and we enjoyed ourselves immensely. The sound was great and I was able to see most of the time. (Im 50" and have a difficult time seeing at concerts). Leaving the venue was a complete nightmare! We were unable to exit the same way we entered; making us confused and disoriented. After leaving the venue, we went the only way we saw that we could go. This made us very lost. My mom, not being able to walk far, had to stay in one place with my brother while my sister and I went searching for the correct parking lot. Little did we know that there are about a million parking lots around the amphitheater that are almost all gravel and look completely the same. We also realized that none of them were marked and had poor lighting. We tried several different ways to remembering where we parked. Since traffic was at a standstill for an hour or more, we were able to make our way through the parking lots without trouble. However, I saw maybe one or two USANA employees trying to direct traffic without much success. My sister and I ended up walking around for about 2 hours searching, in vain, for our car. There were a few West Valley City cops around but it looked like there werent doing anything. All of them were in their cars with the lights going. After about an hour or so of walking, I flagged down a cop as he was leaving and explained our situation. By this point, the parking lots were pretty cleared out. He basically told me that there are "parking lots all over the place" and "good luck". He seemed very perturbed that I asked him for help. After that incident, I didnt bother asking any other cops for help. This was becuase 1) I couldnt find any around and 2) I thought they would act the same way. At about the two hour mark, my sister and I were exhausted with blisters all over our feet and we still had parking lots to search. I, embarrassingly, began crying. A police officer drove up next to us and asked if we needed help. We explained and he called in the car description to other officers. Within a minute, someone called in that they had found it and the officer offered to give us a ride over to the parking lot. Had it not been for him, I honestly dont know what we would have done. Luckily, we picked up our mom and brother and made it home to Logan at about 3:00am. Im extremely disappointed and disgusted. All of this misery could have been avoided with one simple solution. NAME OR NUMBER THE PARKING LOTS!!!!!!

"This will be nice", I naively thought as we rolled into the venue carpool parking lot. Its nice that they reward you for carpooling with your friends! We also got the benefit of a shorter line by getting in the carpool entrance. How cool is this! If you are the poor human that is stuck in the grass, may God have mercy on your soul. The unwritten rule of "dont put your blanket down in front of the stairs because people have to walk" is quickly negated by the inconsiderate people that roll in 15 min after the show starts, wondering "why is this sweet spot empty, its right by the stairs!" Your blanket claim is quickly thwarted by drunken people that can barely stand that are not shy about getting in your space, whether it be sitting, stepping into, or falling into it. As a person that decided to sit up in the seats, that was probably the best decision I made all night. I could see the stage well... had the guy in front of my not had a greasy afro. The seats arent stadium style at all, with the seat in front of you probably only 2 inches lower than where you are, making it difficult to see. "But Pierce, they probably stagger the seats so you can see in front of the peoples heads in front of you!" Big fat nope on that one. My chair was staggered, probably a solid 1 inch from the chair in front of me, meaning I paid extra money to have to awkwardly lean over where my seat should have been: right over my armrest. At least the sound was good, so I have that going for me, which is nice. Since I couldnt really see the stage, I had to watch the left projection screen. Which was fine and dandy until a 5mph breeze blew it down and the staff had to take it down right in the middle of the comedians bit. "Just watch the other screen gosh!" I couldnt; a big white tent was blocking most of the screen, leaving me to enjoy Louis C.K.s forehead. As if that wasnt enough punishment, the venue be like "we are just getting started." We hurredly walked to our car in the carpool lot. Man, it is good to save on emissions by driving together! The venue had other things in mind. With traffic people only on the main intersection and the first lot on the south side, all other lots (including the carpool lot I was fortunate enough to be in) turned into an immediate cluster. Without any direction, peoples primal free for all rage set in, causing the exit from the venue to take 90 minutes, plus my 30 min drive back home. In conclusion, if you want to have an unpleasant time, why bother driving to this wonderful venue? There are way better options for hating life for a few hours and regretting every decision youve ever made up until that point. I suggest getting food poisoning, bending your fingernails back on purpose, or punching yourself in the genitals. Good luck at USANA Amphitheatre, and my God have mercy on your soul.

You guys need to have civilized people working at the gate areas. We had a horrible experience with a lady, black hair shoulder length, dress all in white, heavy looking on Sept 11th, 2015. Because people like us buy tickets, you are able to keep USANA Amphitheater open. Many times the singer finalize the last song and comes back to performed another song. At the concert we assisted this happen 2 times prior, and thinking that was over, we start walking out towards our parking place, when we heard him singing again!! Going back like many others just to see if it was him or just music playing we went back to the open gates and try to stand only behind the grass area where you have some fence for people not to jump in (I imagine), one of us got there before the rest. We were stop by this lady in a very rude way stating that we can not do that. We explained the situation while others where going in and doing the same thing. She said that there were signs all over saying that you cant go back in. We didnt see anything and cant find anything about policies and rules on your site either. We paid for our tickets and we have the right to see what we paid for, not doing anything wrong or effecting anyone. A person with common since would understand that. Plus is not like we were trying to go back into our seats or taking someone place or anything like that at all. She called a Police officer from West Valley working at the end of the gate doors in the right side of the Area. (I guess it wasnt a big deal seeing people doing the same thing as we were doing because they were talking and doing nothing about it). One of the officer came over and before he can even ask what was going on or even talked to her or me about it, just said out!!! pointing at the gate, treating us like dogs. I couldnt even get a word out of my mouth. Afraid of this type of police who are the ones that because they have a badge they think they can do whatever they want and dont respect citizens rights or anyone, was going to do something extreme, I step out of the gate area and wait for my other family members that were already up by the fence area. At that time the last song was done and everyone was returning to their cars. Because of this experience i would never go to a concert at that place again. It was my first time in this place, but I prefer to flight to Vegas that go back to something like that again. ( by the way i agree with many of the reviews, they make problems and treat people like crap that is not doing nothing wrong, dont drink or make any problems for anyone ), but they treat and make it easy for people to get intoxicated, use weed, passing out, bothering other ones and the police and stuff dont do anything about that.) 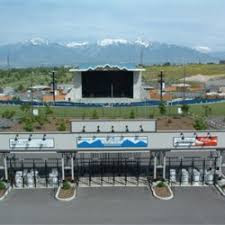 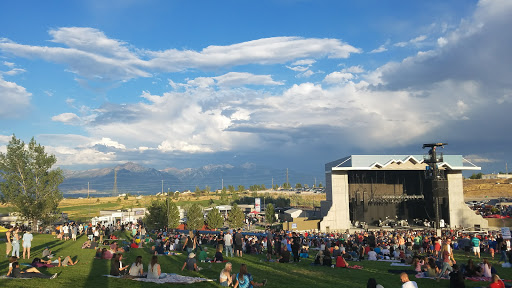 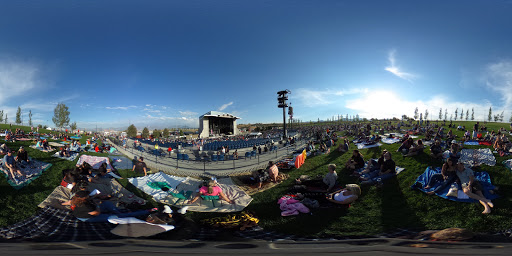 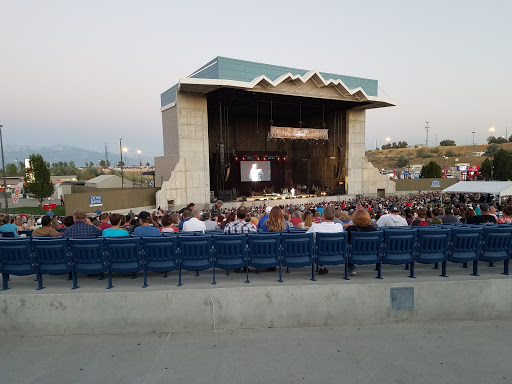 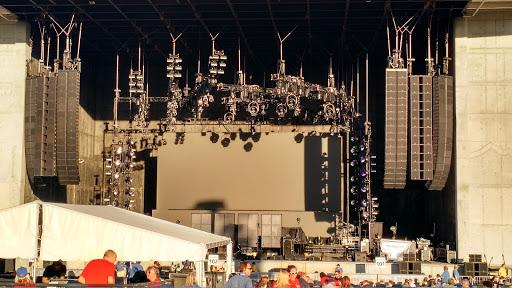 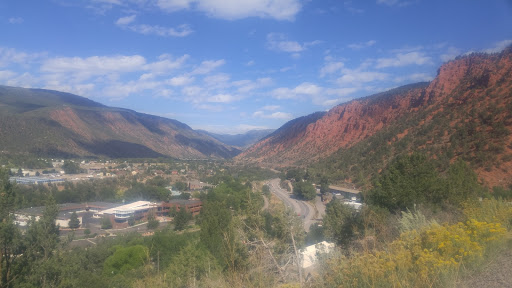 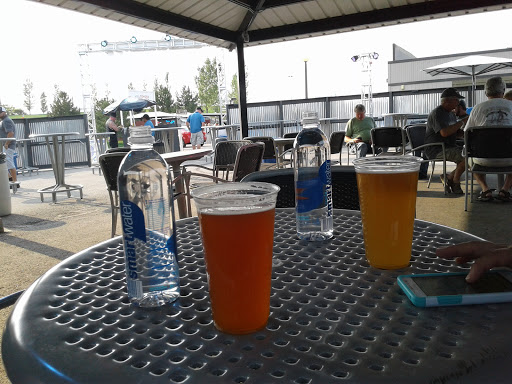 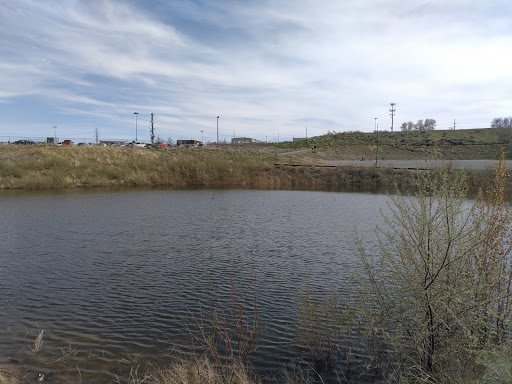 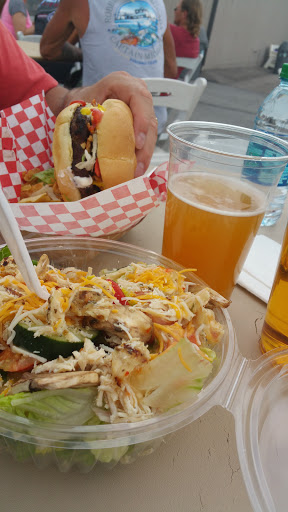 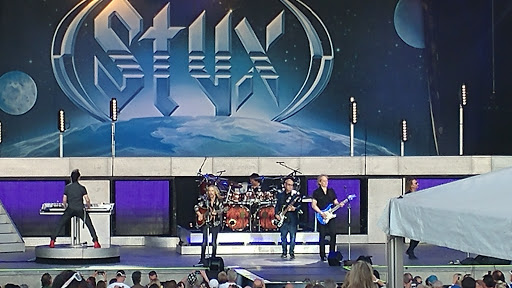 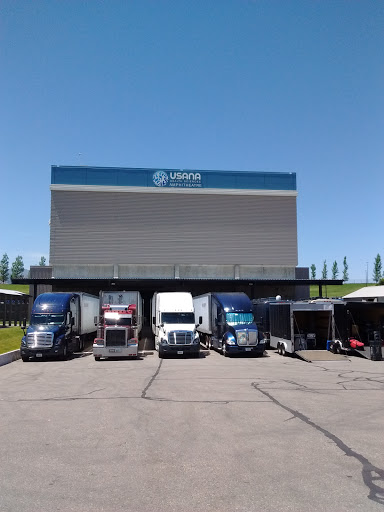 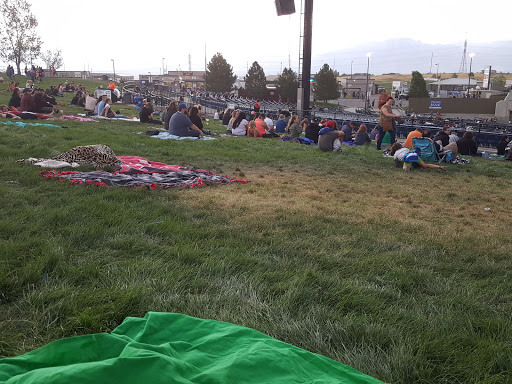 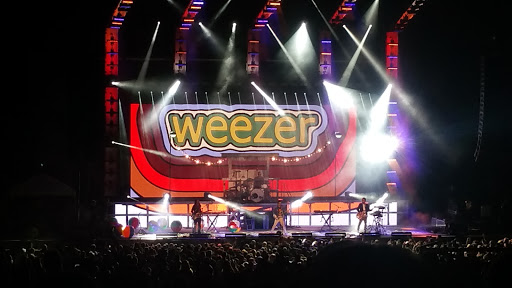 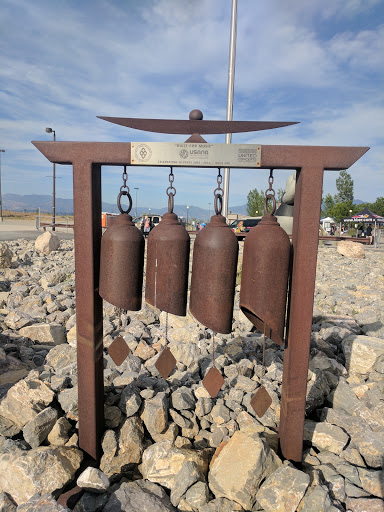 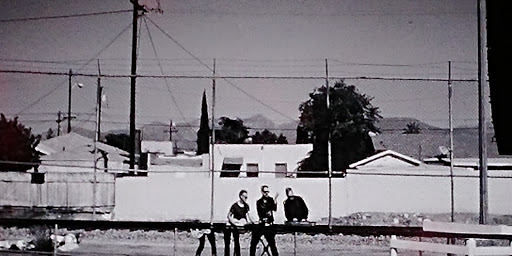 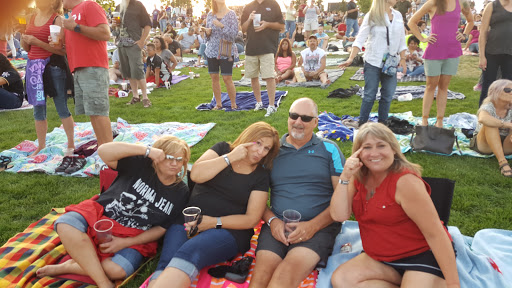 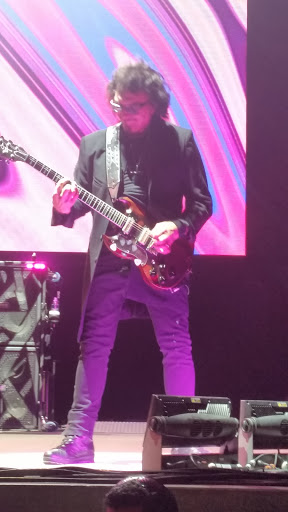 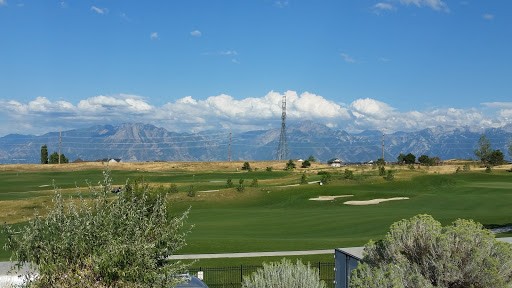