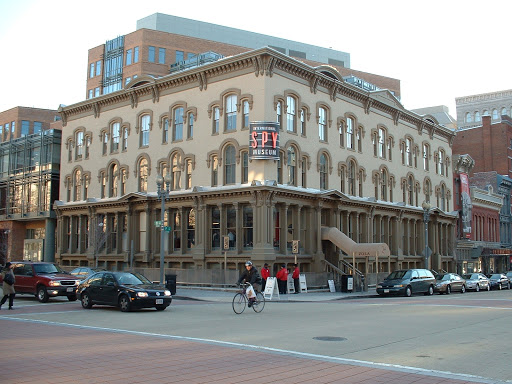 SPOILER ALERT I give this museum a 2.5/5 stars The good: plenty of exhibits, good videos explaining important events, methods, and personalities of espionage The bad: poor organization and focus, price The International Spy Museum is an example of a great idea with poor implementation; attempting to accomplish too much, without doing anything particularly well. The museum is aimed for a family audience, trying to have "something for everyone" with simple computerized interactive exhibits, historical pieces, gadgets on display, and even some role-playing. They try very hard to mash this together into something cohesive, but it ends up, at best, just mildly engaging. For the interactive part, when you first enter the museum, you are taken to a room with the "dossiers" of a bunch of cover identities; you are given 3 or 4 minutes to study the details of one which is supposed to be your "cover" throughout the museum -- they warn you that youll be tested on this. Then you go to a "briefing room", where you sit in for a 3-5 minute video telling you everything you probably already knew about espionage, otherwise you wouldnt at the spy museum in the first place. Never the less, I would not bother spending too much time worrying about memorizing the "cover" details because as far as I can tell, it doesnt lead to anything. The next room, the "ninja room" is where much of the gadgetry is. You have to take a short test on the cover you had just memorized, then given the details of your "mission" -- they again warn you that you will have to remember this later. The thing is, there was only one spot where I saw anything else relating to this whole cover and mission business -- where there was a girl sitting in the corner of a random room interrogating a little girl -- but it didnt seem to lead to anything. At this point you get into the real museum -- there are a few interactive games, but few of them are really that informative or interesting. They werent designed to grab childrens attention, and for me, I found them way too simplified or incoherent for adults to take away anything from them. For instance, there was one about encoding and decoding using the WWII German enigma machine -- the "game" consisted of 3-4 modules about the history -- which was dry, then it was followed by a "game" part didnt make much sense, it was over simplified to the point where there was little you could learn from it, or for that matter, get much entertainment. The dioramas ranged from amateurish to decent -- there was a model of the tunnel system in Vietnam made with green army men and papier-mâché, not painted or anything. I liked the video displays, but I think I could have gotten the same from watching the History Channel. 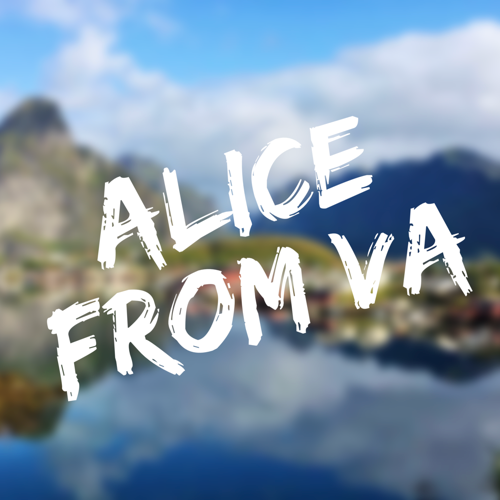 Lived in the DC area my entire life and only stepped foot in the International Spy Museum this past weekend. Unlike the Smithsonian museums in DC, this museum has an admission fee of $21.95 for adults, a bit pricey given the other free museums in the area. However, you certainly get your moneys worth. This museum features the largest collection of international espionage artifacts currently on public display. After purchasing tickets, youll be led to the Introduction to Bond Villains exhibit, where youll see the famous Jaguar XKR driven by the villain Zao in Die Another Day. Then, youll take an elevator to the 3rd floor where you assume a cover identity (Cover and Legends) for the rest of your time in the museum before proceeding into the briefing film. After this film, youll enter the School of Spies exhibit. This exhibit introduces the tradecraft of espionage and has 200+ spy gadgets, weapons, bugs, cameras, and other technologies on display. You can also test your observation, surveillance, and other spy-related skills to see if you have what it takes. The next exhibit is the Secret History of History. This exhibit chronicles the history of espionage from biblical times to the early 20th century. In this exhibit, it also highlights the roles women played in espionage, with a special portion dedicated to women spies (Sisterhood of Spies). I was surprised by all the spymasters like Queen Elizabeth I, Cardinal Richelieu, George Washington, etc. The next exhibit was Spies Among Us. This exhibit focused on World War II espionage and explores code-breaking operations. There was even an exhibit on celebrity spies such as baseball player Moe Berg. Then, theres the Exquisitely Evil: 50 Years of Bond Villains exhibit. This exhibit opened in November 2012 to celebrate the Golden Anniversary of the Bond films, with a focus on Mr. Bonds famous rivals. The last exhibit is the 21st Century, which addressed the challenges (such as cyber) faced today in the intelligence community. Before you exit the museum, youll step into the museum gift shop, where theres every kind of espionage-related merchandise possible. It was a very interesting and educational museum. Very different from the other art-related museums in DC. Although the price tag is a little bit on the steep side, there are lots of exhibits to explore and they do a good job of chronicling the history of espionage. I spent maybe two hours in this museum, so I felt that I had gotten my moneys worth out of the experience. However, I feel that it is definitely more suited for kids. Adults: $21.95 Seniors/military/law enforcement: $15.95 Kids (12 and under): $14.95 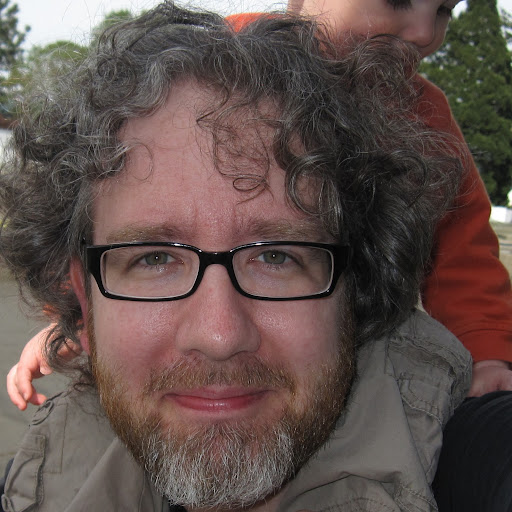 Its actually not a very large space. Patient kids will like it, especially if they are ready to READ A LOT and look and think and discuss, gradually. On the other end of the scale, twitchy kids will probably blitz through and leave you wondering why you paid $$ coin to get them in, dimmit. Adults who like actual museums full of mental stimulation will probably think: So many better free museums in DC, including the Portrait Gallery RIGHT ACROSS THE STREET, yo, and the whole National Mall a block or two after that... ok, dont get me started. Its pretty good if youre in a hurry, full of cash, and oblivious to the many finer choices nearby. Also acceptable if your kids heard the words "Spy Museum" and wont shut up, and you have no parenting skills to defray THAT nightmare. (Sucks for you.) Otherwise, before you go here, visit everything else thats free in DC within a 30-minute radius sixty-five times. Then repeat, to see what you missed or forgot. Then do the whole circuit once more, because I dont trust you if youve read this far and didnt get the gist. THEN go to the next-door Shake Shack, enjoy everything on the menu, and wait for the paramedics while your arteries collapse... because for all you know, the "paramedics" are agents of a foreign power, sent to inject you with mysterious substances... youre a pawn in an ancient game... consciousness fades... Thats 95% of the "Spy Museum" right there. The tiny bit of surprising stuff is pretty okay, I guess. Its your money. 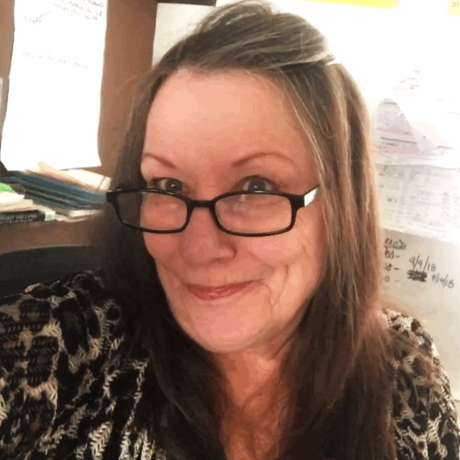 Disgusting food! Had to throw it away - unfortunately had already taken it home "to go" so couldnt have the satisfaction of returning it! My beef sliders were $9.00 (no chips or fries by the way, nor tomato or anything else). The buns were grilled in rancid grease and inedible, the "beef" was knotty and tough and the meager portion was strewn across the 3 buns. Oh, and the Pièce de résistance were the "grilled onions." They were so SLIMY and mushy I couldnt even look at them let alone eat them. Honestly, I should have turned around and walked out of the place when I saw the floor manager eat some soup (or chili) at the cash register from a plastic dish the cook handed him, then proceeded to walk behind the counter and ladle some more into the same dish he just ate from, touching the dish with the ladle from two different serving trays. HOLY HEALTH VIOLATION!! I was so hungry I chose to look the other way and take the food home anyway, BAD CHOICE. After asking several locals in the neighborhood, their response was, "Oh NOBODY eats there!" Please save yourself the experience, theres a Gordon Biersch across the street and a Brueggers Bagel place and a Subway found by walking south on 9th and then east on E street. With such a great location and possibilities, someone should snatch this place up, remodel it and serve some GREAT food, youd make millions! What a waste, as it is now the "SCOURGE OF THE NEIGHBORHOOD!" 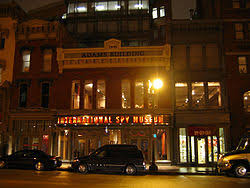 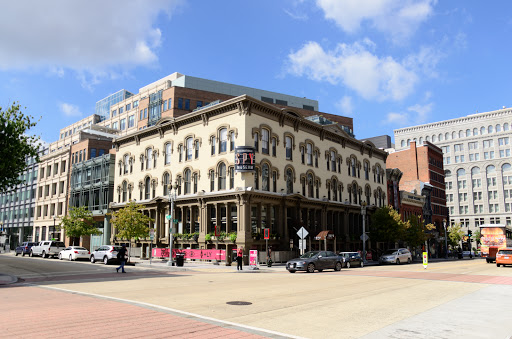 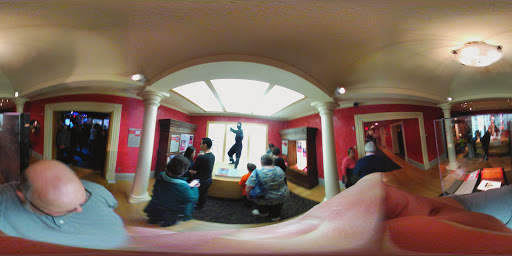 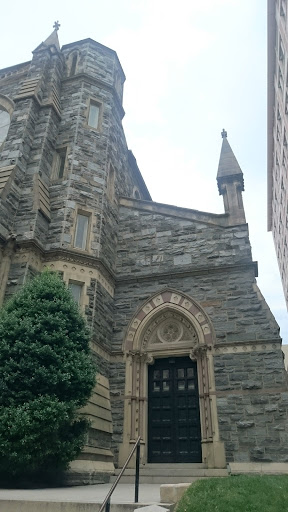 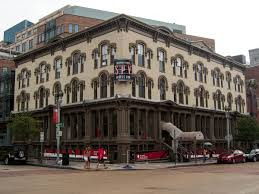 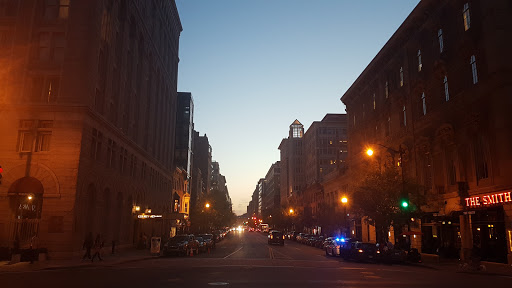 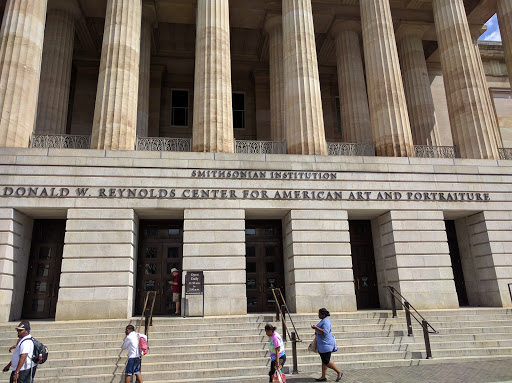 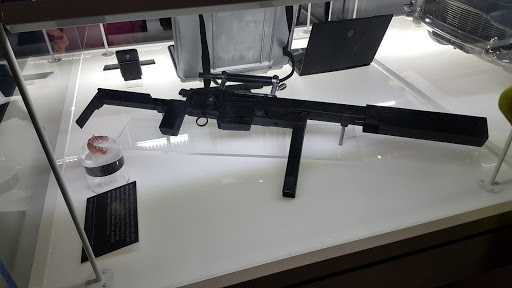 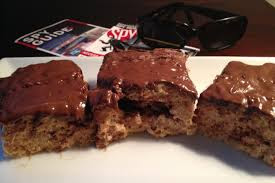 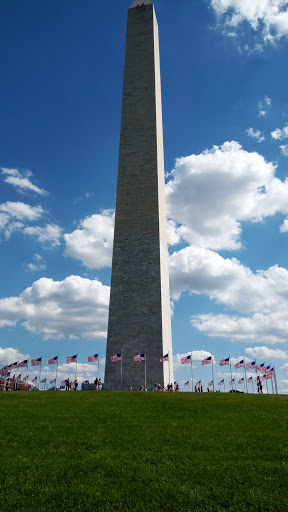 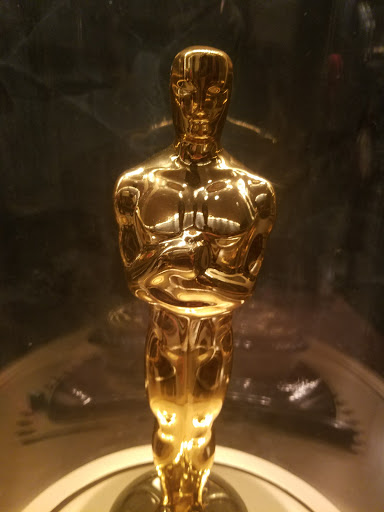 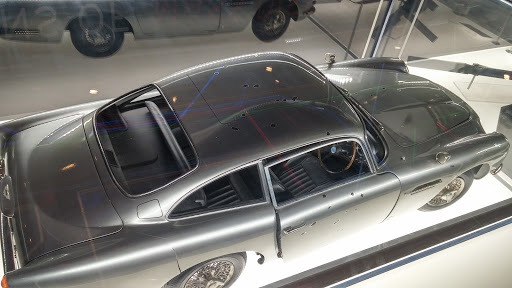 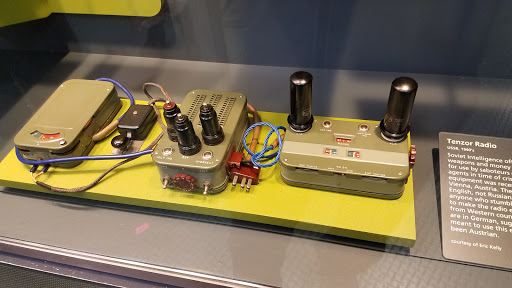 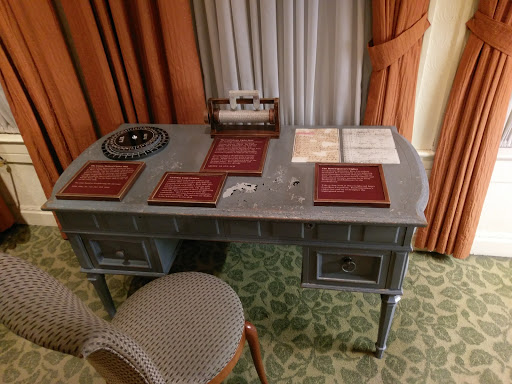 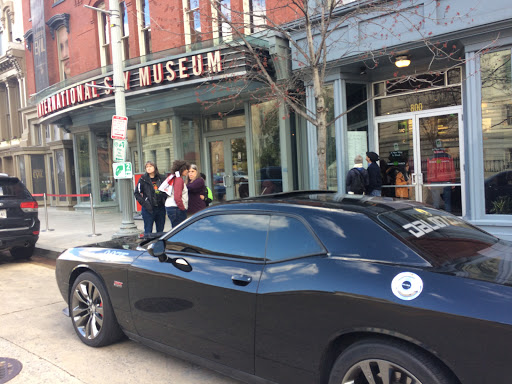